Henry Simkin, Northampton-based doctor and moyl, was interviewed by Jessica Antoline on May 24, 2010 at the Yiddish Book Center in Amherst, Massachusetts. Henry Simkin was born and grew up in Western Massachusetts. Today Henry lives in Northampton, Massachusetts with his wife Maxine Stein, the Development Director of the Yiddish Book Center. Henry was willing to tell his history understanding that he would get to share some of his stories of performing Jewish ritual circumcision (brit millah) as a mohel for his community and for friends in various locations in New England. Henry became a mohel by way of a combination of his training as a physician and his involvement with the Jewish community. Henry identifies deeply with Judaism, having grown up with a Jewish education in a Jewish Kosher home. (Though they ate non-kosher foods when outside of their home.) While Henry cites many of the male Jewish educational traditions as frustrating to him as a younger man (recitation of Torah portions, demanding study schedules, the stress of being called to the bimah to recite Torah at services) it is evident that these tasks led him to an appreciation of Jewish rituals and his ongoing connection to Torah reading today. Henry also passed on these traditions, along with a regular Shabbes dinner, to his deeply religious children. Both children live in Israel and his daughter is orthodox in her observance. It is evident from the interview that Henry views his participation in the Jewish community in Northampton and his family as two of the most (if not the most) important aspects of his life. It is also evident that Henry had a troubling relationship with his father, but is proud of instilling a Judaism in his children that "stuck." At the same time, and not contradicting his own connection to Judaism, Henry is open to Jewish conversion. As both his former wife converted to Judaism and many of his trips as a mohel in New England put him in the service of intermarried couples, Henry sees intermarriage as a reality. Henry believes that when an individual converts, he or she should commit to Judaism. One of Henry's least favorite stories is when he performed a circumcision and when he went back to the family's home, a Christmas tree stood in the living room. What is remarkable from Henry's interview is his appreciation of the work of a mohel. The appreciation runs deep enough that, initially, Henry thought that his mohel stories would be the only ones worth sharing during the interview. He understands the importance of his place in a ceremony that marks a child as Jewish, and his place in an event that will become a cornerstone for the child's development as an individual, a son and a community member. 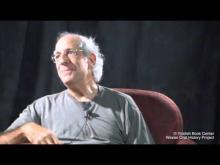 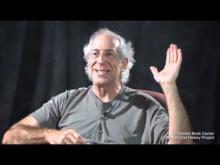 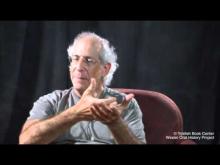