Christa Whitney, director of the Yiddish Book Center's Wexler Oral History Project, was interviewed by Lesley Yalen on October 12, 2010 at the Yiddish Book Center in Amherst, Massachusetts. Christa grew up in a small town outside of San Francisco. Her mother's roots are Lithuanian, Irish and Catholic while her father, an atheist, comes from a family that has been in America for many generations. She explains that she drifted away from religion as a young teenager. Her parents were intellectuals who stressed education and literature. She describes a scholarly journey that unexpectedly led to her interest in Yiddish, Jewish history and culture. Christa talks about the influence of Avrom Sutzkever's poems "Green Aquarium" and "A Wagon of Shoes" on her decision to focus on Yiddish language and literature. She completed an internship and then the summer program at the Yiddish Book Center. Although she loved the program, she recalls with discomfort encountering, for the first-time, skepticism about her motivations because she was not Jewish. Christa talks about how she has resolved this issue through her passion for her work. Next, Christa talks about the Yiddish program in Vilna, a beautiful medieval city. It was life-changing for her both because of the language immersion and because of experiences such as visiting the mass grave of the 70,000 Jews who were massacred in Ponar during World War II. She describes the confusing and complicated feelings that such experiences brought up due to her Lithuanian background and the reactions of some of her classmates to present-day Lithuanians. Separating the history from the present was very difficult for those whose relatives had perished there and encountering some neo-Nazi teenagers was very frightening. Christa worked on several projects at the Yiddish Book Center before becoming director of the Wexler Oral History Project. She ends the interview by talking about how the mission of the institution has evolved in the years since she has been involved.

Christa Whitney was born in Oakland, California in 1987. 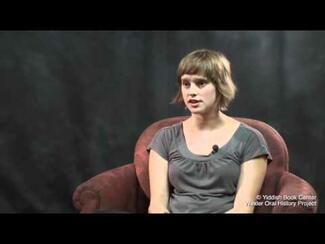 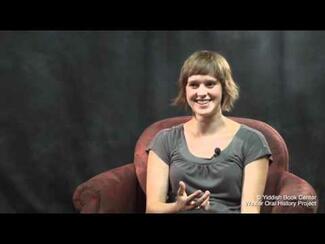 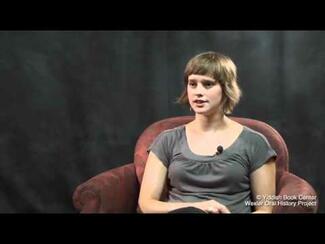 "Actually, you are really important to the field." 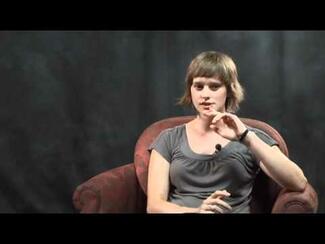 "It's an academic pursuit." 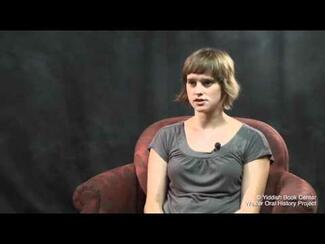 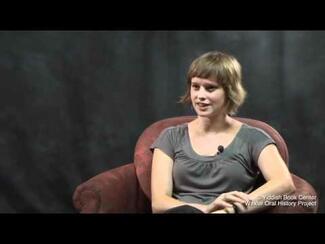 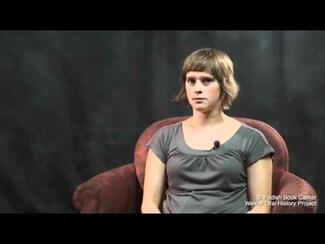 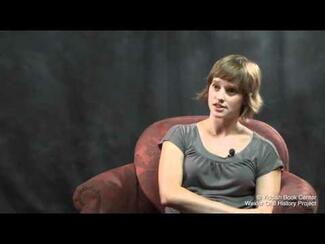 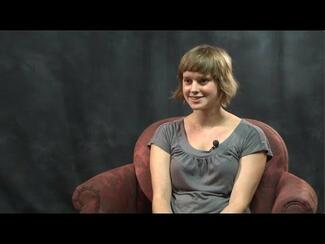