Joel Halpern, professor emeritus of Anthropology at University of Massachusetts, Amherst, was interviewed by Christa Whitney on March 4, 2011 at the Yiddish Book Center in Amherst, Massachusetts. Joel focused on his childhood and Jewish stories from his career and anthropological field work. His paternal background came from Austro-Hungarian Galicia at the turn of the twentieth century, and his maternal grandparents from Lithuania at the end of the nineteenth century. Both his parents were born and later lived in the New York area. Joel grew up in the Bronx and then Mt. Vernon in southern Westchester. He remembers Yiddish being spoken in the home between his parents when they didn't want him to understand. His Irish nanny, who took care of him while both of his parents were working, taught him some Gaelic. Joel's father managed a factory that made instrument panels for cars and appliances. Joel remembers visiting the factory as the "son of one of the bosses." Later he published several articles that derived from the lengthy autobiography his father wrote. Part of these published memoirs dealt with family life. In his childhood, he had two play groups: one all-Jewish and one all-Christian (in which he was the only one of Jewish background). He remembers an anti-Semitic slur a playmate made to him after Joel tackled him in football. Joel marked several aspects of his childhood—his father's job, their neighborhood, swimming lessons, horseback riding, his Irish nanny, driving to Manhattan in a company car. His mother, who was a school teacher, had access to the company car as needed on weekends, especially Saturdays. The family was not very observant, and Joel's father worked on Saturday, albeit a somewhat shorter day. Joel's parents attended synagogue on the High Holidays, celebrated Hannukah, and the family would go to Passover seders at his paternal grandparents' home and also regularly visited them with his parents on Friday nights. Joel reverbs his grandmother as not being very observant and learned that this was the case with her father as well. Joel went to Hebrew school for several years and had a Bar Mitzvah. The family also had a Christmas tree and opened presents on Christmas morning for several years, a tradition Joel links to his fathers Christian co-workers. The practice of having a tree was abandoned with the rise of news about Hitler in the late thirties, but presents were still a part of Christmas morning. His father undertook an annual task of sending hundreds of Christmas cards (non-religious in nature) to his business associates – Joel is unclear why his father did this at home and why it was not an office function. Joel became interested first in Chemistry (per influence of his father's work), and then in Anthropology and Archeology while an undergraduate at University of Michigan in Ann Arbor. He switched from being a Chemistry major to an Anthropology major and with that any thought of joining his father's business. One of his first field work trips was to northern Alaska in 1950, during the McCarthy era. Once there, he was subsequently sent off to do independent research in another settlement because his Jewishness had made his professors "uncomfortable." Ironically, the grad student who tipped him off that he was going to be made to leave also encouraged him to join the Communist Party. In the second settlement, he befriended a recently-arrived Irish priest with his few words of Gaelic. They became friends and he stayed at a house owned by a "Jewish Eskimo." She was the daughter of a Jewish man who had been a storekeeper in the village. But the daughter was a loyal Catholic convert and, in turn, sent her daughter to parochial school in Seattle. Later in his career, Joel did work in a Croatian village Lekenik that would be used as the set for the Hollywood movie version of Fiddler on the Roof. Joel explains that this was because at the height of the Cold War in 1964 the film could not be filmed in the more-authentic Ukraine (or even in Poland). Joel pointed out the irony that not one of the village's small but important pre-WWII Jewish community survived the Holocaust, nor were they mentioned once in his time initially researching there in 1961-62. Joel and his former wife conducted long-term research in a Serbian village, Orasac. (This same town was used as a site for Muslim refugees from Bosnia in the early 1990s when they were fleeing the civil war.) Joel and his former wife conducted long-term research in a Serbian village, Orasac. They discovered that their host family had sheltered a Jewish family during the Second World War. Hoping to promote their survival, the peasant host family attempted to eradicate all traces of their former middle-class life in Zagreb by "turning them into peasants," a process which included pulling out their gold teeth and irritating the skin of their hands to look like those of manual laborers. Joel has seen much change in the field of anthropology over his career. He explained that he has been doing research into his Jewish heritage in recent years. He has participated in several academic conferences on Jewish topics, and was an adjunct professor in the Judaic and Near Eastern Studies department at UMass Amherst for a time. He has taught classes on the socio-cultural life of Eastern Europe and the United States. He is pleased the Yiddish Book Center is reaching out and making itself "relevant" for the future by conducting oral history interviews. 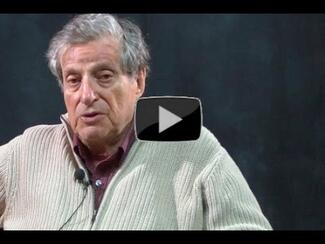 Sheltering a Jewish Family in Serbia 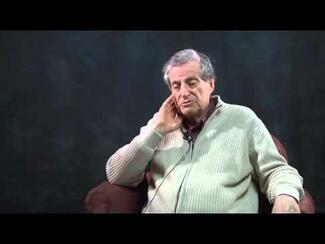 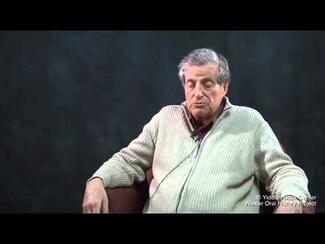 "Why Don't You Go Back to Hester Street?" 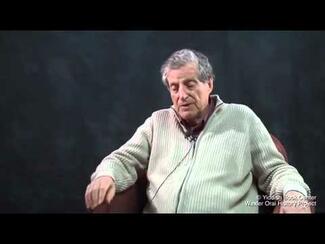 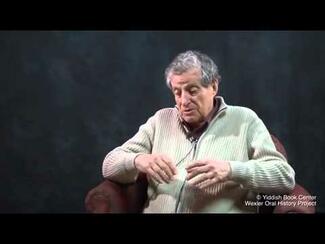 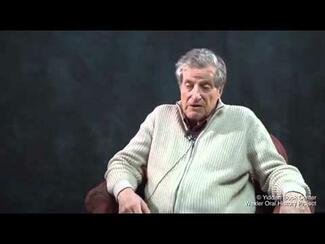 Celebrating Christmas and Hanukkah in the 1930s 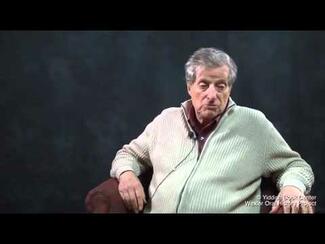 Fiddler on the Roof: Manufacturing Memory

Explore all 1005 interviews
Since 2010, the Yiddish Book Center’s Wexler Oral History Project has recorded more than 500 in-depth video interviews that provide a deeper understanding of the Jewish experience and the legacy and changing nature of Yiddish language and culture.