Jeff Warschauer, Yiddish singer and faculty member at Columbia University's Department of Music, was interviewed by Pauline Katz on Dec. 28, 2010 at KlezKamp in the Catskill Mountains of New York State. Jeff begins his interview with a careful outline of his family's history. His father's side came from Poland and Latvia; and, his maternal Latvian grandmother often spoke Yiddish. His mother's side, with which he had a closer relationship, came from Germany. They were an orthodox family, but, as Jeff points out, in the German way which meant being fully observant, but very present in the current world. Jeff grew up in Newton, Massachusetts, right outside of Boston. He describes how growing up his connection to both Jewish and Yiddish culture was paradoxical: his father was an atheist and they never went to shul, but his childhood was filled with stories of life in Europe, and his maternal grandparents kept a kosher home and shabbes. Though Jeff never had a bar mitzvah as a child, he spent most of his younger years reading a lot of books that dealt with Jewish themes; and, it is in this way that he got his sense of Jewish culture. Jeff then details how his interest in music grew. His grandmother and mother, he remembers, often sang German folk music. He, too, began playing music at a young age, learning recorder, harmonica, ukulele, guitar, and trumpet, and later he began playing mandolin and singing. Jeff played in many bands, and was a professional musician by the age of 17 when he was playing gigs and giving music lessons. It wasn't until he was 18, however that he began receiving formal musical training. The second half of the interview focuses on Jeff's training at The New England Conservatory, and his subsequent interest in Yiddish and Jewish music. He often remarks on how he felt that playing Jewish music filled a gap he had always felt missing in his life. The latter half of the interview slips in and out of stories from The New England Conservatory, Jeff's newfound interest in Jewish life and law, and of course, the story of how he met his wife, Deborah Strauss. The interview ends with Jeff's ruminations on the Yiddish revival across the Americas and Europe and his own work in graduate school as he works to become a cantor. He ends the interview advising musicians, yiddishists, and those interested in Yiddish culture alike to "learn the language of what you're working with…learn the rudiments…but don't lose your 21st century self".

Jeff Warschauer was born in Dayton, Ohio in 1959. 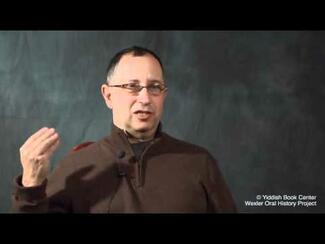 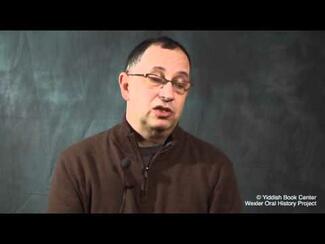 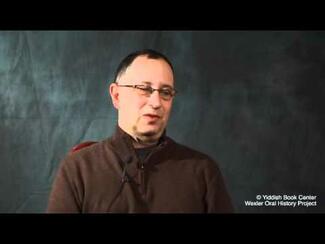 "I met a kid today who believes in God!" 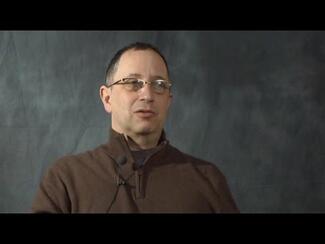 The Vertical Shtetl: Boston's Organized Housing For the Jewish Elderly 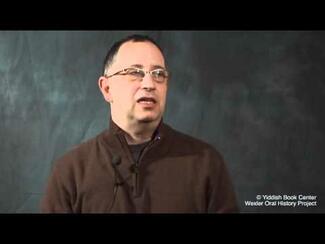 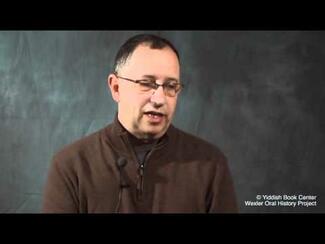 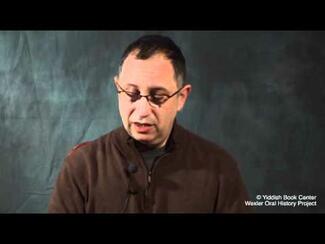 A Personal Connection to Klezmer Music 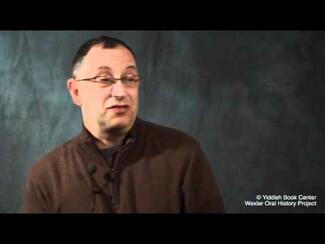 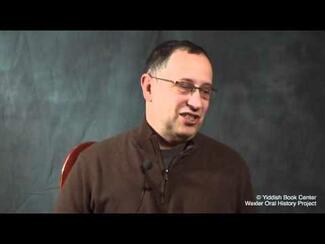 Playing My Own Music 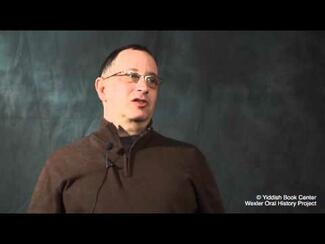 'It's Some Kind of Tikkun Olam (Healing of the World)': Resolving a Klezmer Controversy