Benjamin (Benjy) Fox-Rosen, klezmer and improvisational musician, was interviewed by Pauline Katz on December 30, 2010 at KlezKamp in the Catskills of New York State. The interview begins with an in-depth exploration of his family's history. His father's parents were from Poland and his mother's parents were from Germany and Austria. His paternal grandmother wrote a book called "My Lost World" about her roots and his maternal grandmother spent time in the Krakow Ghetto and in Palestine and loved the poetry of Gebirtig. His father, born in Israel and raised in New York, met Benjy's mother when she was studying to be a rabbi there; she became one of the first women ordained as a Reform rabbi. Benjy grew up in Los Angeles in an observant Jewish home and attended a Solomon Schechter elementary school, a private Jewish high school, and a Jewish summer camp. His family attended a Conservative synagogue, and his mother kept a kosher home. Although Benjy was exposed to Polish, German, and Hebrew as a child, no one spoke much Yiddish around him. Benjy started playing piano at six and then tried trombone and guitar before finding the bass and finally upright bass. He took lessons and focused on jazz at first, but David Ackerman, a family friend, introduced him to klezmer music. He remembers hearing klezmer at friends' bar mitzvahs and at summer camp. In 2002, Benjy moved to New York City to study jazz at the New School, but decided that he was more interested in improvisational, experimental, and folk music. In the middle of his master's program, he went to Buenos Aires, Argentina and studied Spanish and classical bass for six months. Returning to New York in 2006, he joined a band called Luminescent Orchestrii, which played Balkan, Gypsy, and other tunes. Benjy suggested incorporating some Yiddish music, and for his senior recital at the New School he performed a concert featuring songs by Mordecai Gebirtig and of the Holocaust. Benjy talks about the connection between Balkan and Yiddish musicians and about many of the singers and musicians that he met in the tight-knit New York musical community. After completing his graduate studies, he studied Yiddish at KlezKamp, the Workmen's Circle, the Vilna Yiddish Institute, and the Jewish Theological Seminary and became more and more interested in Yiddish music. He participated in workshops at KlezKamp and KlezCanada. His current band, which includes his talented brother on guitar, is experimenting with improvisation based on Jewish music. He is writing some new compositions for Gebirtig poems that are not yet set to music and feels like the band is morphing into a "new music" genre. Benjy talks about the difference between klezmer music for simchas [celebrations] and klezmer concerts for audiences which may not be aware of its contextual framework. Although he has only played klezmer for a few years, he has been encouraged to teach and enjoys the experience. Benjy has found audiences in Europe to be very enthusiastic. He often performs in Germany and Austria – German speakers are more likely to understand some Yiddish than the average American Jew and he hints at some other, complex reasons for their interest in the music of a culture their forbears almost destroyed. Benjy is planning to return to school to study composition and wants to complete the song cycle of Gebirtig poems. He sees himself as a composer who likes to work with text and is not sure where that interest will lead. Benjy thinks that Yiddish will only be integrated into American Jewish life when it is taught in Jewish day schools. He himself is no longer religious, but he loved a job where he worked as a cantorial soloist at a geriatric home. He ends by noting that a rich cultural Yiddish world is available to anyone interested and that anyone can find a niche to explore within it.

Benjamin Fox-Rosen was born in Los Angeles, California in 1984. 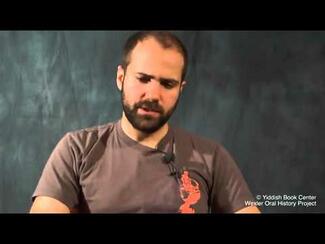 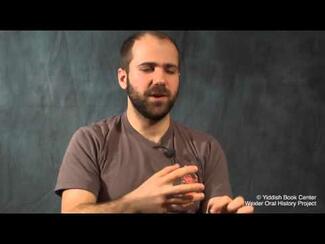 Learning Yiddish and the Future of Yiddish 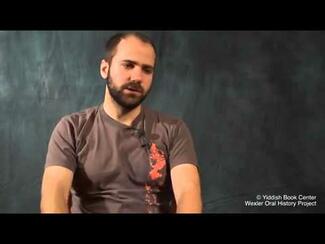 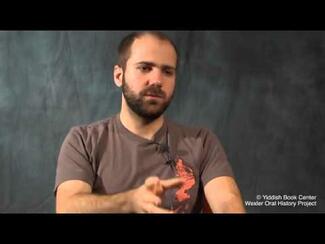 What is a Klezmer 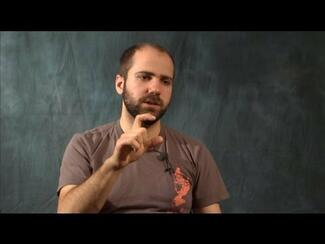 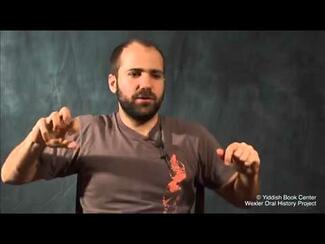 "All the information is there and it belongs to you" 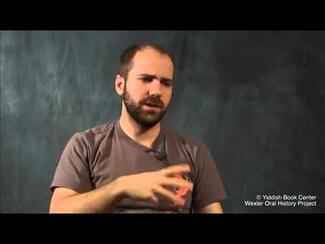 Klezmer Did Not Exist In a Vacuum