Sophia Holtz, Yiddish language student in the January term intensive at the Yiddish Book Center, was interviewed by Lesley Yalen on February 25, 2011 at the Yiddish Book Center in Amherst, Massachusetts. Sophia grew up in New York City, on the Upper West Side, with a brother and with wonderful parents. She liked being a city kid, and the independence that gave her. She went to an egalitarian, pluralist Jewish day school from pre-school until she graduated high school. She also went to synagogue, lived in a Jewish neighborhood, and generally was immersed in Jewish community for almost all aspects of her life. Her parents are academics, as well as practicing Jews. As a family, they kept kosher, and participated actively in Jewish religion and life. Coming to Hampshire was a big change for Sophia, as she was no longer completely immersed in a Jewish world and her lifestyle—which did not seem super-strict in terms of religious practice to her before—suddenly seemed strict compared to other Hampshire students. Sophia didn't learn too much about Yiddish language or literature before coming to Hampshire; at least not in her formal education. (She studied Hebrew from the time she was in first grade until the time she graduated high school, but no Yiddish.) She did have exposure, however, to European Jewish history, as well as to some Yiddish words, Klezmer music, and other parts of the culture. Studying Yiddish during Jan term was a great experience for her. She loved learning a new language. She thinks the Book Center is a wonderful place. Learning Yiddish makes her feel that she's connecting a bit to one of her grandmothers, whose family spoke Yiddish, and to whom she is very close. She doesn't believe there should be "language wars" between Yiddish and Hebrew, however, as she thinks the two languages can easily coexist together. Sophia is a writer and her Jewish identity and religion have begun to make their way into her poems and other writings a bit. She also hopes to improve her Yiddish and perhaps do some translating some day 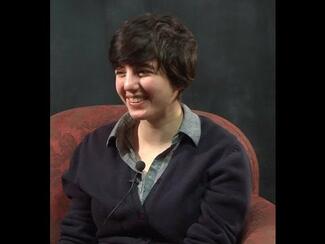 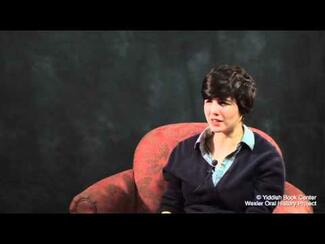 A Bubble of Awesome 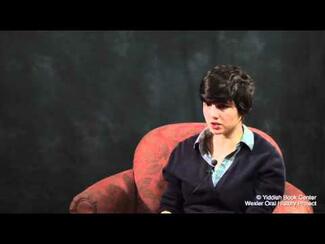