Lyber Katz, z"l, progressive activist, Yiddish translator and son of Moishe Katz, was interviewed by Lesley Yalen on November 29, 2010 at the Yiddish Book Center in Amherst, Massachusetts. Lyber is the grandfather of Pauline Katz, a 2010-2011 fellow at the Yiddish Book Center. Lyber moved from New York City to Moscow at age 4 ½ and lived there for ten years. He commented on the very good education he received there and the climate of ANTI-anti-Semitism he encountered—that is, anti-Semitism was strictly punished. He spoke about visiting cousins in a shtetl in Tolochin, Belarus, and what life was like there. Lyber's father, Moishe Katz, was a writer and editor for Freiheit and involved in Communist and leftist causes. His mother was a Yiddish poet. Lyber spoke about the leftist Jews who were family friends in Moscow. Lyber is almost finished translating his father's book, A dor vos hot farloyren di moyre ("A Generation That Lost Its Fear"). He talked about his smooth transition back to America at age 15, and his years going to both public high school in New York and to Yiddish (secular) shulas. He mentioned that he learned to speak English around this time as a camper at Camp Kinderland. He mentioned his involvement in many Jewish organizations: Jewish People's Fraternal Order (part of the International Workers Order), Workman's Circle, the Jewish Currents, Camp Kinderland, and B'nai Brith. He talked about McCarthyism, the demise of the JPFO/IWO during that era, and being questioned by the FBI about his father's activities. Lyber also told the story of how he met his wife, Elaine, through a multi-generational, multi-national family connection. He told stories of meeting Jews with connections to Yiddish or Eastern Europe in places like Seoul, Korea, and Machu Picchu, Peru. Lyber said, towards the end of the interview, that his first allegiance is to America, and that he believes that people should live first and foremost as human beings together in whatever country they live in. That being said, he feels there is a rich Jewish history and secular culture, and he thinks it's a good thing to transmit and teach. 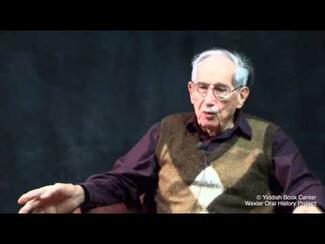 Anti-anti-Semitism in the Soviet Union 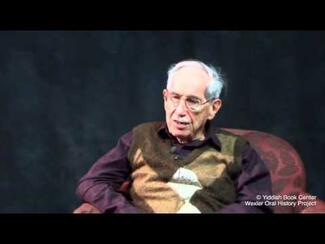 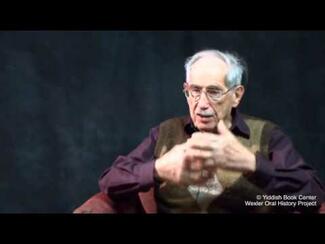 Chased By A Headless Chicken: Lyber Katz Remembers Visiting Family in The Shtetl As a Boy 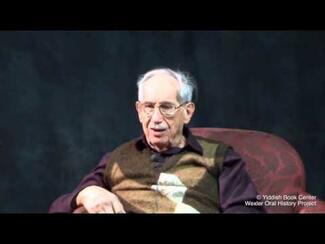 Should the Jewish Young Fraternalists Chorus Keep its Jewish Name? 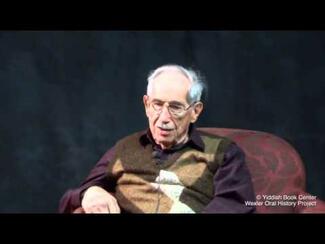 "When I Met My Wife, She Already Knew My Family": Lyber Katz Remembers 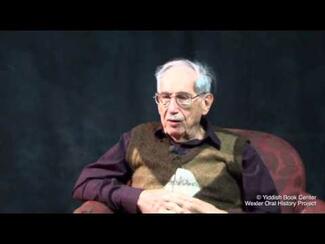 Memories of the McCarthy Era 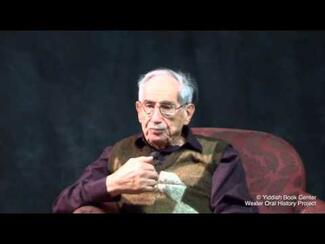 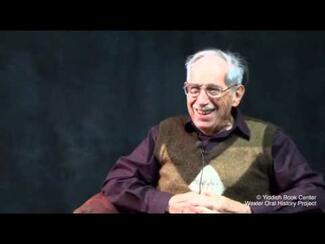 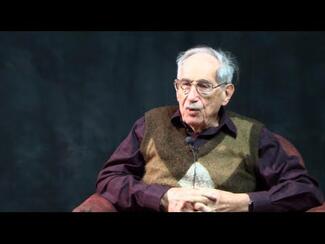 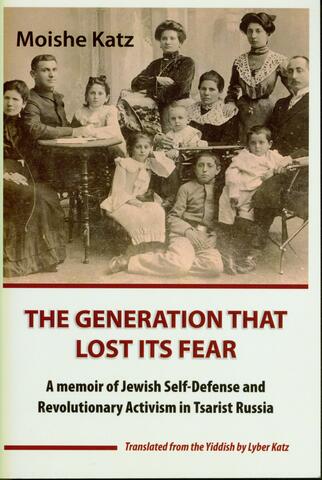 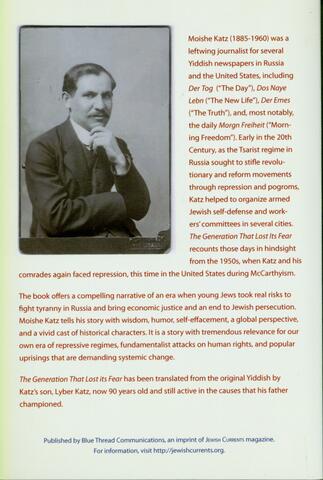 The Generation that Lost its Fear Back Cover
The back cover of Lyber Katz's translation of his father, Moishe Katz's, book A Dor Vos Hot Farlorn Di Moyre. 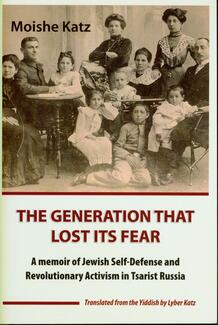 The Generation that Lost its Fear 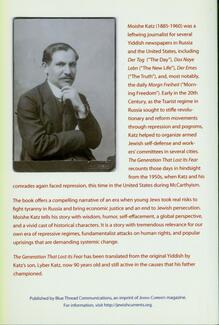 The Generation that Lost its Fear Back Cover