Yehudi Wyner - American composer, music educator, pianist, conductor and son of Yiddish composer Lazar Weiner - was interviewed by Hankus Netsky on June 14, 2011 in Medford, Massachusetts. Yehudi reminisces about visiting the Brooklyn apartment of his paternal grandparents, who left the Ukraine during the anti-Semitic campaigns that accompanied the Beilis affair. He describes the charming stuffed animals that his grandfather made near the end of his life and his father's shocking emotional outburst during his grandfather's funeral. Although Yehudi worked closely with his father, much of what he knows about his life comes from a dissertation written by Judith Tischler. Lazar started his musical career singing at a famous Brodsky Synagogue in Kyiv and then joined the Kyiv Opera (National Opera of Ukraine) and studied piano at the conservatory. He came with his family to the United States at age seventeen. Although he rejected traditional religion, his entire oeuvre can be seen as exploring the relationship between man and God. In America he became a vocal accompanist and vocal coach. He conducted orchestras such as the Mendelssohn Orchestra and the Freiheit Orchestra and became interested in Yiddish poetry. Many of the poets of Di Yunge came through the Weiners' home, and Peretz Hirschbein's wife Esther was Yehudi's mother's sister. Yehudi talks about his father's left-wing politics, and his disenchantment once he learned of the evils associated with the Stalin regime. Lazar is well known for spending years as the choral director at Central Synagogue in New York City where he tried to infuse more Jewish soul into the music at the Reform temple. He also conducted the orchestras of the International Ladies Garment Workers' Union and the Workers Circle (Arbeter ring). The interviewer mentions that he also recorded with cantors as well as klezmer musicians. Yehudi feels that his father had extremely high standards and was trying to refine Jewish culture and elevate the prevailing "ghetto mentality." On the other hand, he enjoyed doing popular Yiddish song recitals with Sidor Belarsky and others. Yehudi talks about some of his father's teachers and what he may have learned from each. His father's music, originally of interest mostly to Jews, has been abandoned to some degree by the Jewish world but become better recognized by others who appreciate its eloquence, spirituality, and universality. Yehudi next talks about his own illustrious musical career. He uses the Yiddish expression "I fell into a tub of fat" to describe the transporting experience of working with the Bach Aria Group. He is disappointed by the lack of a composers' community in Boston, even though many live there. He mentions several exciting young composers and the conversation veers into a discussion of the training, accomplishments, and limitations of young composers from China. Yehudi and Hankus end the interview going through a stack of records and give their opinions on many singers of Yiddish song. Yehudi is reminded that the epitaph on his father's gravestone says in Yiddish: "Life is bitter, but the song is sweet." 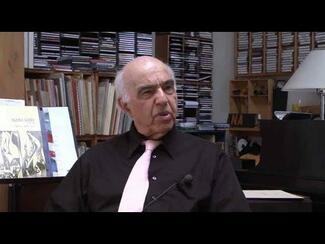 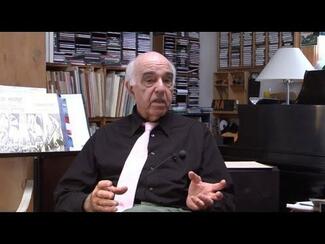 From a shoe maker to a doll designer 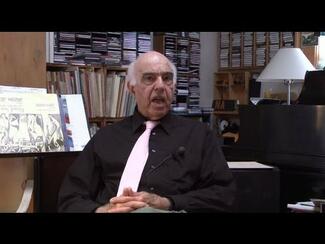 Formational Figures in the Early Life of Lazar Weiner 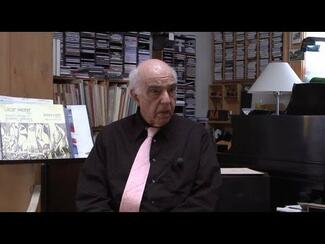 Lazar Weiner and US Yiddish scene around the 1920s 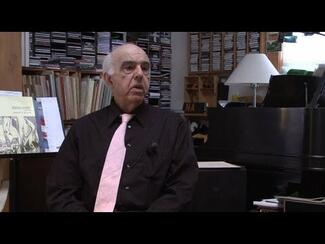 A trip to Russia and a goodbye to communist ideology 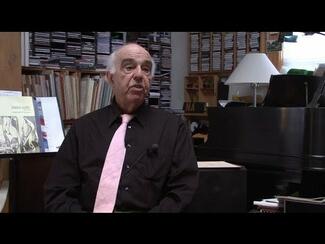 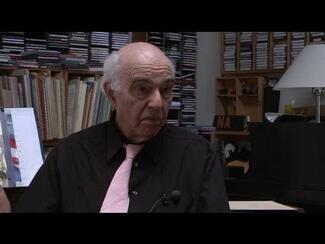 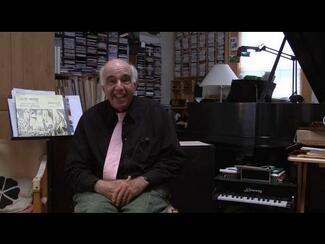 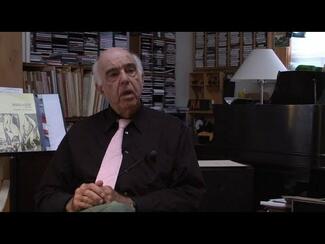 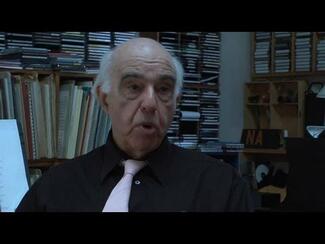 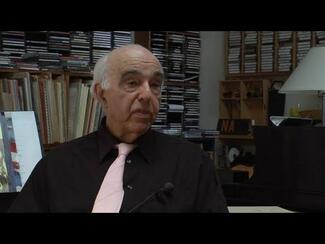 A reflection on the work of Lazar Weiner's music 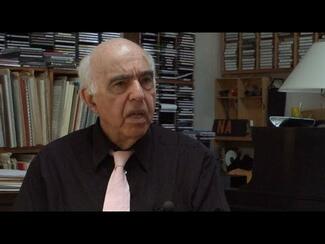 In a family of musicians