Leonard Strear (poultry farmer) and Albert "Boonie" Dinner (cattle rancher), cousins, were interviewed in Denver, Colorado on July 6, 2011. Albert was born and raised in Greeley, Colorado, and Leonard was born in Detroit and grew up in Denver. The two cousins talk about their shared family history, their childhoods in Colorado, and their lives as Jewish farmers there. Growing up, Leonard spent much of his time working for his father, a poultry farmer. He describes waking up at 4:30 am to pick up truckloads of poultry from farms and cream stations that they would then bring into Denver to sell. Later, his father bought a farm where they raised turkeys. Leonard's parents were fluent in Yiddish, but he says they spoke English all the time. Their family observed all the Jewish holidays, and Leonard attended Hebrew afternoon school until he was thirteen years old. He recalls the European teachers at the Hebrew school who enforced discipline with little switches. Albert grew up in a traditional, orthodox household. He says his father was "very adamant about being Jewish," and remembers that he garnered respect from the community because of it. The family got kosher meat from Denver, observed the holidays, and sent their children to Hebrew school. Albert learned to understand some Yiddish, and his older siblings could speak it. At the same time, he got along very well with his Christian friends in Greeley. He was very involved in school, and was captain of the football and tennis teams. Albert's father was a cattle farmer, and he tells stories about driving cattle, riding in the Greeley rodeo, and taking a caboose ride to Chicago on a cattle train. Leonard and Albert also discuss their different experiences during World War Two. Leonard was drafted into the army as a medical man in the Second Infantry Division, and was part of the Invasion of Normandy and many major battles. Alfred was stationed at Army Post Office 610 in Keflavik, Iceland, where the U.S. Air Force had a base. Both cousins discuss their encounters with anti-Semitism, and their experience that if you defend your station in life, you will win the respect of others. The two cousins tell stories about their family history and the values that their parents passed on to them, as well as their own experiences as parents. They remember Kiddush at the Strear family's warehouse office, with such delicacies as pletzl and p'tcha, and plenty of liquor. They talk about balancing business with a sense of Jewish identity, and trying to pass on that Jewish identity to their children. Together, they reflect on the importance of passion and compassion, and of being true to oneself. 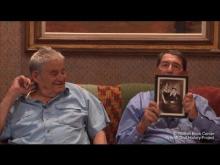 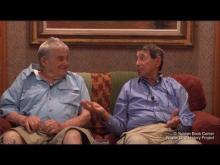 Kiddush at the Distillery 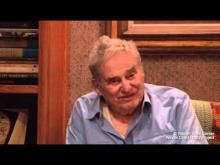 Landing on the Beaches of Normandy 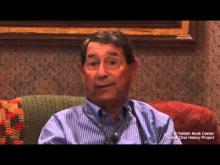 Driving Around Town in a Jack Benny Maxwell with Friend 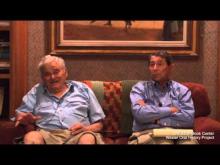 How My Judaism Has Changed Over the Years: Reflections on Relationship to Shul 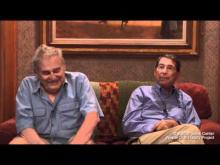 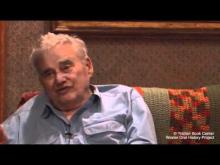 A Time I Felt Aware of My Jewishness: Serving in World War II 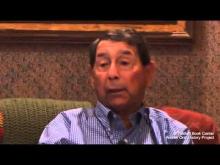 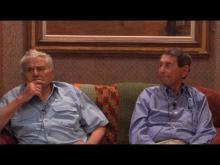 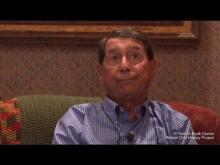 Growing up in Greeley, Colorado 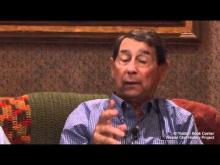 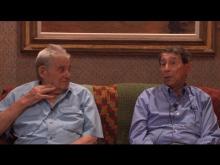 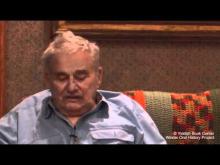 Liberating a Concentration Camp in Czechoslovakia During World War II 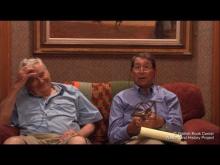 "I Could Do Everything a Cowboy Could Do" 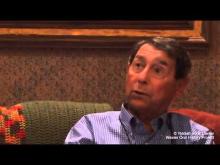 Experiences of Anti-Semitism While Serving in the War 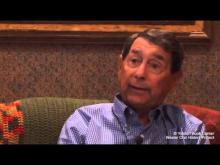