Dana Szeflan-Bell - child survivor of the Holocaust and native of Warsaw, Poland - was interviewed by Christa Whitney on May 15, 2011 at the Yiddish Book Center in Amherst, Massachusetts. Dana begins her interview with detailed descriptions of her family and their lives in Poland prior to WWII. After the war they settled in Montreal. She recalls her grandparents' professions and their sophisticated lifestyles. She also discusses stories her parents shared with her growing up; stories of happy times before the Holocaust. Dana was one year old when the war broke out in Poland. She tells the story of how her father, anticipating an attack on Warsaw by Hitler, moved the family to the outskirts of the city. This anecdote begins an incredibly detailed account of how Dana and her parents survived the war. Dana shares unbelievable stories about her family's move from Poland to Russia and back to Poland and then to Germany, and finally to Canada. She tells dozens of stories including stories about the two times when she and her parents were separated, her time in a work camp in Russia, and time spent in areas of Russia like Uzbekistan where her Muslim neighbors helped her family survive. Dana then reflects on her post-war life and explains how the family encountered anti-Semitism when they moved back to Poland. She recalls how the anti-Semitism was so bad in the area that her father insisted they move to Germany where they eventually lived in a Displaced Persons camp near Vienna. Dana recalls happy times in the Displaced Persons camp for, as she explains, it was the first time in her life she had food, entertainment, and friends. The final portion of Dana's interview focuses on her time living in Montreal. Dana shares stories of her time in the Peretz School where she learned Yiddish for the first time and her first experience being in love. As the stories unfold, Dana shares the difficulties of her mother's loss to breast cancer, how she met her first husband, and her first job at the age of fifteen. Dana speaks to the important of the Yiddish language, welling up while singing her favorite Yiddish song—a song about children who perished in the Holocaust. Dana ends her interview insisting that tolerance is the path to religion.

This interview was conducted in Yiddish and English.

Dana Szeflan-Bell was born in Warsaw, Poland in 1939. 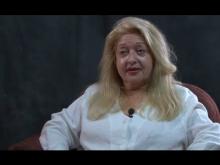 Back in Poland, Murder at a Wedding 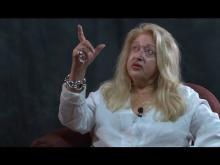 A Child Holocaust Survivor Sings a Yiddish Song About the Ghetto 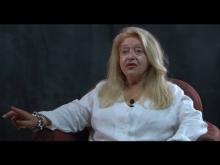 Religious and Cultural Life in DP Camp After WWII 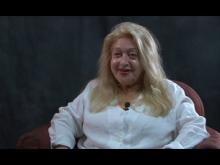 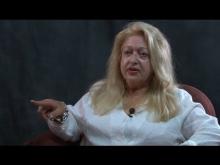 Educating Christian Teachers About the Holocaust 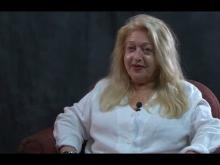 Separated at the Train Station 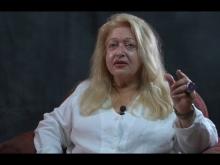 "Life is serendipity, you know": An amazing story of separation and reunion during WWII 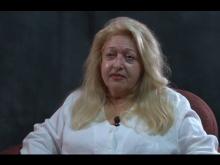 "The War Wasn't Over for the Jews": Memories of Life in the DP Camp 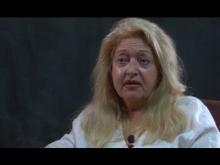 Yiddish Is My Religion