Frank London, founding member of the Klezmatics and Frank London's All-Star Klezmer Brass Ensemble, was interviewed by Christa Whitney on August 24, 2011 at KlezKanada in the Laurentian Mountains of Canada. Frank's interview begins with an interesting dive into his familial heritage. Frank weaves through the half finished stories he's picked up in his lifetime, and deduces that as far as he knows, he's at least third generation American on both sides of his family. Though little of his family's geographical history is known to him, Frank tells numerous stories of his family's reputation as they moved in and around New York City and Connecticut. Growing up, Frank had very little Yiddish in his life. Though he had a suburban reform Jewish upbringing, Frank explains how he did not really see any Jewish cultural aspects in his childhood—only glimmers that surface in retrospect. As such, Frank's memories of his childhood circulate around music. It was in fourth grade that Frank decided to play the trumpet, and from then on, his interest in music blossomed— especially his love for rock and roll. After finishing school, Frank went to college for a year, but left to finish his education at the New England Conservatory. At the Conservatory, Frank studied many forms of music, as he recalls this particular educational experience as the point in his life when music became much larger than rock and roll. Frank beautifully details his first encounter with Jewish music—that is music other than synagogue music—through his now close friend and colleague Hankus Netsky who was a classmate at the New England Conservatory. Frank explains how his Klezmer band formed through a mandatory concert on Jewish music with great ease. By the middle of the interview, Frank begins discussing a number of his current projects which includes teaching world music at SUNY Purchase, his three projects at the Singer festival in Warsaw, his work with the Klezmer Brass Allstars, and many more. Discussing his new projects, Frank focuses for the nearly the last half of the interview on his inspiration and creative process for his new Yiddish opera. As Frank reflects on his reasons and challenges in writing a Yiddish opera he is led to reflect on the role of Yiddish. The end of the interview focuses on Frank's thoughts on a post-vernacular Yiddish. 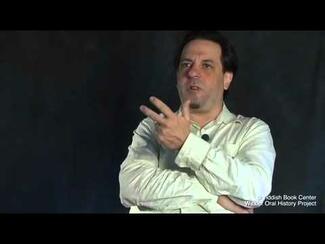 Foundation of the Klezmer Conservatory Band 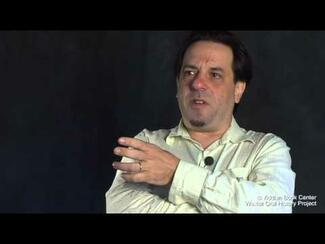 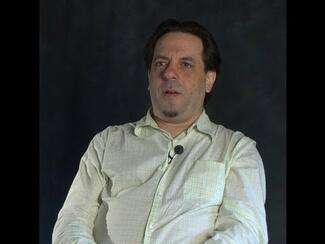 Waiting for Godot in Jenin 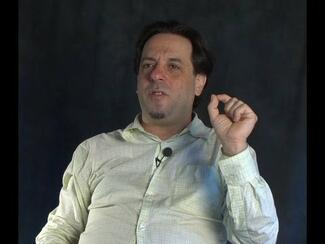 Yiddish as a Post-Vernacular Language 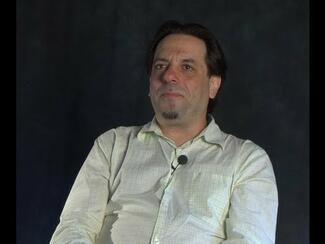 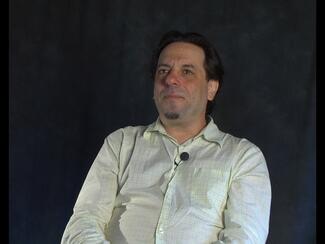 Vision for a New Yiddish Opera: Ascher Penn and Hatuey 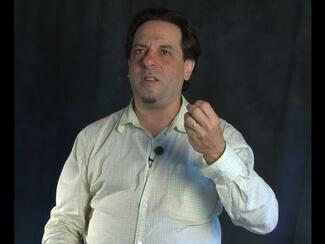 Explore all 976 interviews
Since 2010, the Yiddish Book Center’s Wexler Oral History Project has recorded more than 500 in-depth video interviews that provide a deeper understanding of the Jewish experience and the legacy and changing nature of Yiddish language and culture.