Sarah Gordon - lead singer for Yiddish Princess, a Brooklyn-based Yiddish-language rock band, and daughter of Yiddish singer Adrienne Cooper - was interviewed by Christa Whitney on August 25, 2011 at KlezKanada in the Laurentian Mountains of Canada. Sarah begins her interview detailing her family's history. She explains that all four of her grandparents lived in Chicago, which was where her parents met, though her mother grew up near Berkley, California, and her father lived near Denver, Colorado. Sarah's paternal grandmother was born in Russia and came with her family in 1923 to America. Her paternal grandfather was born in the United States. Sarah recalls that her paternal grandparents were part of the intelligentsia, unlike her maternal grandparents who were much more religious. Sarah's maternal family came from Lithuania in the 1920s, or possibly earlier, moving through Canada before arriving in the United States. Sarah spends much of the first portion of the interview sharing family stories; stories, she explains, she didn't know much of until later in her life. Sarah then goes on to talk about her life growing up in New York, in YIVO, and with a father who was a cantor and mother who was a Yiddish singer. This portion of the interview is filled with great detail about an earlier time in the Yiddish scene, which Sarah recounts with incredible imagery. Sarah then moves on to discuss her own education at the Abraham Joshua Heschel School in Manhattan, a Jewish, equalitarian, progressive school that she attended until she started in a Quaker high school. She graduated from Sarah Lawrence, where she spent her junior year abroad in Israel, and eventually got her Master's in education and as a literacy specialist for elementary education. During this portion of the interview, Sarah describes how she came to realize she wanted to work with Yiddish language and music, which leads into a discussion on her current projects with her band Yiddish Princess. Briefly going over what life was like with Adrienne Cooper as her mother, Sarah spends the latter portion of the interview talking about her own work and her interest in words and music before divulging her feelings on Yiddish revival and transmission of Yiddish culture. Sarah ends the interview reflecting on the way the Yiddish scene has changed, with many survivors and older generations of Yiddish speakers passing away. Sarah returns to the question of revival and innovation within Yiddish culture, ending her interview advising others to simply begin engaging in the Yiddish world. 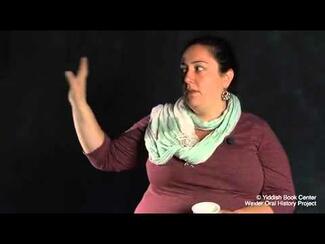 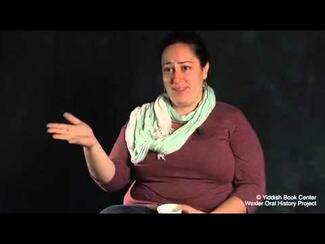 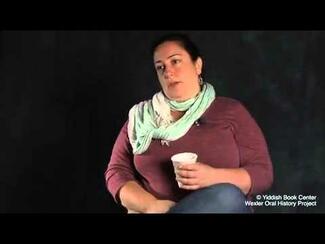 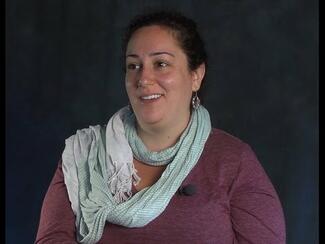 The Weight On Her Shoulders