Assaf Talmudi - Israel-based music producer, researcher, and accordionist for Oy Division - was interviewed by Christa Whitney on August 24, 2011 at KlezKanada in the Laurentian Mountains of Canada. Assaf Talmudi begins the interview describing his family's lineage: His paternal grandmother and grandfather and his maternal grandfather were from Poland, and his maternal grandmother was from Holland. Assaf details how each of his grandparents made their way to Israel, which illuminates interesting historical migrations through Poland, Russia, and Africa as well as migrations directly from Poland to Israel. Growing up Assaf remembers only speaking Hebrew, though he remarks that his grandparents often spoke Polish and Yiddish. His parents were born in Haifa in the 1940s, and raised Assaf in a suburb outside of Tel Aviv. Growing up, Assaf went to an arts high school where he studied jazz and modern music. Upon graduation, he began his service in the IDF (Israel Defense Forces) where he worked on the IDF radio station and taught music and put on musical programs. When Assaf finished his service, he went to the Royal Conservatory in Holland where he studied composition, primarily radical, experimental music. Following his time in Holland he travelled in Italy before returning to Israel where he began work on his doctorate in musicology, as well as doing work in Artificial Intelligence. Assaf remembers about five years ago when he attended KlezKanada for the first time, as well as started learning the accordion. At this point the interview shifts into a discussion about Assaf's musical work and interest in klezmer. He describes his first experience at KlezKanada and the experience he gained from working with Josh Horowitz and Walter Feldman. When he returned home from KlezKanada, Assaf began the band Oy Division with some colleagues in Tel Aviv. What started as a hobby, Assaf recalls, quickly became a profession as his band's first two albums received good reviews in both Israel and Europe. The last half of the interview focuses primarily on the appeal, revival, and transmission of klezmer music and Yiddish culture. Assaf talks in depth about the appealing nature for Eastern European klezmer folk music for people who have interests in experimental music. He goes on to remark on the role musicians have in playing and performing folk music, sharing his thoughts on whether or not the musician transmits music or simply plays for a willing, and already interested, audience. Assaf takes time to detail the polemical issues surrounding Yiddish folk music in Israel, iterating the complex socio-historical move away from Yiddish as Israel moved towards a nationalist state. The interview ends with Assaf's brief comments on the way music transmits Yiddish language, the role of the musician as activist, and the pleasures of teaching Yiddish music. 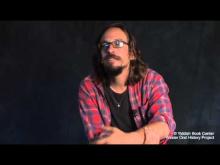 Why there won't be a Yiddish revival in Israel 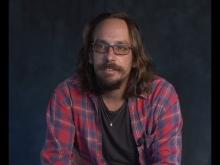 Recordings are not enough 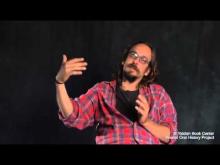 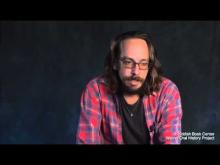 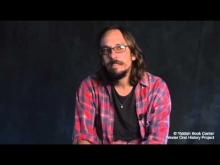 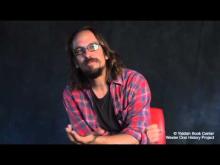 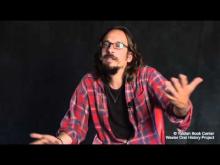 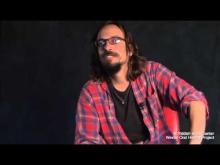 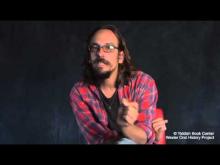 Making Judaism into a Nationality