Michael Winograd, lauded Brooklyn-based klezmer clarinet player, was interviewed by Pauline Katz on August 24, 2011 at KlezKanada in the Laurentian Mountains of Canada. Michael begins his interview by briefly describing his family as half Russian and half Polish. Michael explains that his family wanted to become American, and when they arrived in the United States in the late nineteenth century they did not speak very much about their life in Europe. It wasn't until Michael's paternal great uncle moved to Brooklyn that he received a number of photographs that represented a family history he had never learned about before. Even though his family did not speak much about Europe, Michael explains that he grew up in a Jewish home on Long Island, went to Hebrew school, Camp Rama in the Berkshires for his summers, and lived in a house where Mickey Katz and Irving Fields were often played. Michael continues to describe how his father listened to a lot of music that most likely affected his own interest in musical forms. Michael then describes his early musical experience, beginning with piano then learning saxophone and finally settling on clarinet which he studied at the New England Conservatory. Though Michael does not speak Yiddish, he details how he feels like he knows more than he would readily admit, describing situations when he has performed and his unknown language skills have come in handy. The middle section of the interview focuses on Michael's current work with klezmer music, his numerous collaborators, his travels, and his work as both teacher and performer. Michael explains that klezmer music has taken him from Klezkamps in the late 1990s to islands off of the African coast. Michael remarks that the multi-generational world of klezmer has been most incredible for him as he has worked his way up through the ranks. This leads Michael to divulge the changes he has seen in the klezmer world since he was introduced to it at the age of fourteen. At the end of the interview Michael talks about his role as a performing artist, both as an activist, and as a scholar and teacher of klezmer music. Michael ends the interview describing his work with the band Yiddish Princess, advising listeners not to get too stressed out by parental concerns and just get into the music. 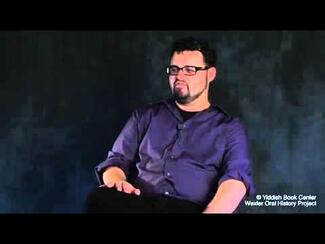 What is Yiddish Culture? 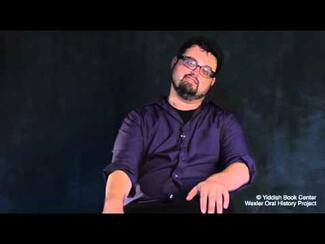 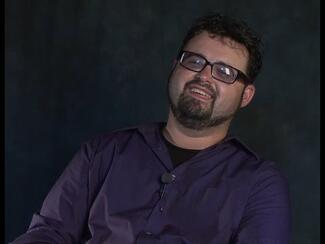 Why do people go to concerts? 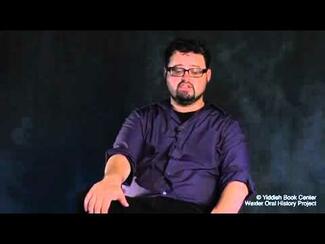 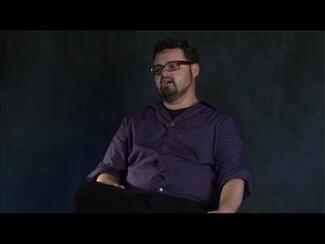 The Intergenerational Connections of Klezmer 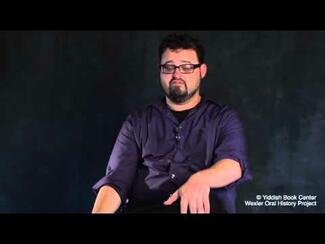