Sruli Dresdner, Jewish musician, scholar, and educator, was interviewed by Christa Whitney on August 25, 2011 at KlezKanada, in Montreal, Quebec. His father was born into a Hasidic family in Belgium right before World War II. They were one of the families that Roosevelt brought to the refugee camp in Oswego, New York. His mother was born in Berlin; her family escaped soon after Kristallnacht and came to the United States after two years in Cuba. Much of the Jewish music that Sruli knows was taught to him by his grandparents. His paternal grandfather was very talented musically and his maternal grandfather collected nigunim [Hasidic melodies]. Sruli grew up in Kew Gardens, Queens attending a small, atypically diverse Hasidic synagogue. He was educated in primarily Yiddish-speaking Hasidic religious schools, but the curricula did include some secular subject matter. After high school he studied Talmud virtually full time and began to question the importance of orthodox Judaism in his life; he left the Hasidic world in his early twenties. Sruli became aware of a different Yiddishist world when he attended KlezKamp and then KlezKanada about fifteen years ago. He enjoyed learning about the wide variety of Yiddish music and meeting a whole community of people who loved the music that he did, including the music of his youth. At some point he decided to switch careers from corporate lawyer to Yiddish musician. Sruli now performs, records, and teaches workshops with his partner Lisa. Each had young children at the time that they met and singing to children has always been a focus. They have performed in hundreds of schools; many of these do not have primarily Jewish student bodies. He explains their interactive style and how they get the children involved in the music and dancing. Sruli talks about his love of the "juicy" Yiddish language and sees speaking it as another way to make friends with the culture. One did not read Yiddish literature in his childhood environment, so he is reading Peretz and Sholem Aleichem. His wife is learning Yiddish, but they are not at this point teaching Yiddish to their children. Sruli talks about the different ways that the Hasidim versus the more secular world relate to klezmer music and nigunim. He explains and demonstrates what makes a good nigun and likes ones where the same note is repeated many times, creating a meditative quality. Sruli provides insights about the role of the performer in the transmission of culture; this can be accomplished to some degree even in a brief encounter with an audience. His advice to future generations is to avoid "throwing the baby out with the bath water" – he recommends maintaining a relationship with those parts of your background that are meaningful to you. 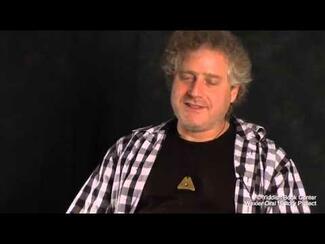 Telling secrets in front of the kids 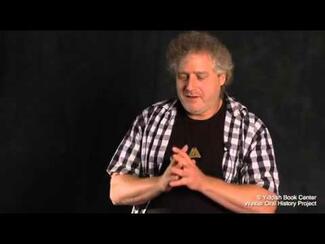 What makes a good nign 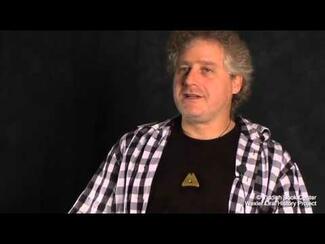 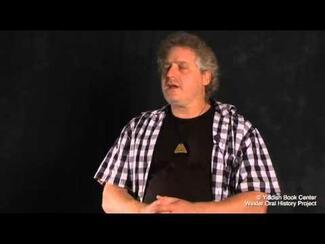 They didn't hit us too much in Kheyder (Cheder) 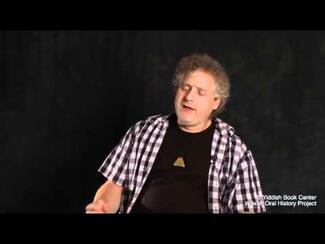 Singing a nign from his childhood 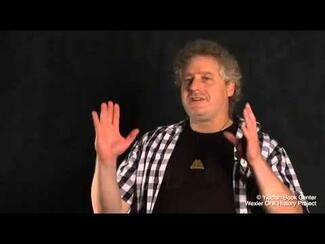 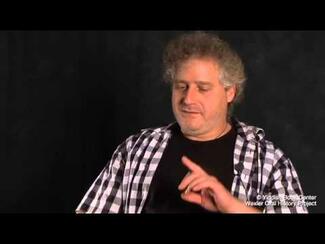 "That's the best song I ever heard" 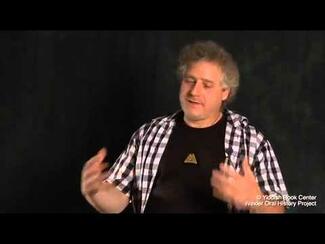 Love of the language