Avia Moore, freelance performing artist, was interviewed by Christa Whitney on December 14, 2011 at the Jewish Public Library in Montreal, Quebec, Canada. Her parents were self-described hippies; her father was Jewish and not very religious. She remembers potlucks on the beach singing Leonard Cohen and Beatles songs and her father, a musician, playing some klezmer music. He first brought her to KlezKanada when she was very young and she has found wonderful mentors there. For many years she ran their scholarship student program. Avia describes her experiences as a Yiddish Book Center (YBC) intern and in the YIVO Summer Program. She wishes that the YBC would support artists making new Yiddish-based work, such as a theater piece or graphic novel based on the letters found in a donated box of documents. Avia talks about marginalized languages and the personal and political aspects of such languages. Next she describes her work facilitating and producing "Devised Theater" which is fragmented rather than linear and much more communal and process-oriented than traditional play-making. She feels that it is important to create a new Yiddish theater. In addition to her work in theater, Avia is a visual artist and photographer who often includes the alef-beys (Yiddish alphabet) in her work. She believes that immersive experiences in Yiddish are more meaningful than what can be accessed via the academy. Toward the end of the interview she talks about teaching Yiddish dance at KlezKanada and in workshops around the world. Yiddish dance is about the group rather than the individual and does not lend itself to complex choreography or performance. Avia discusses accessibility, authenticity and cultural appropriation in terms of her own work and that of her contemporaries. She concludes by discussing how she feels about the Yiddish "cultural revival"; she sees it struggling and wishes that there were more institutional support. Her advice to young artists interested in incorporating Yiddish into their work is to "Make it your own but never assume that it's yours.

Avia Moore was born in Vancouver, British Columbia, Canada in 1982. 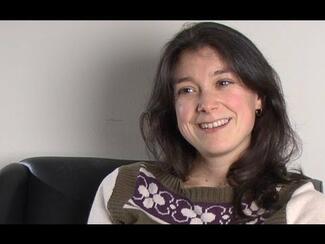 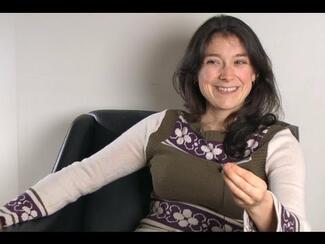 A Choice of Language Acquisition 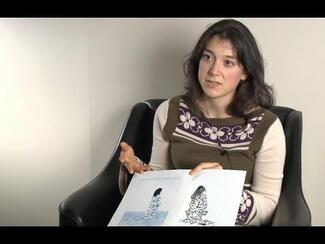 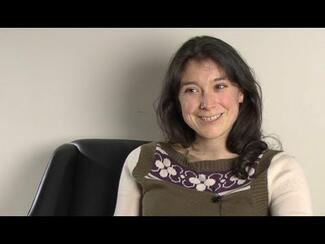 "I'm really sick of the conversation about whether Yiddish is living or dying": Post-Vernacularity 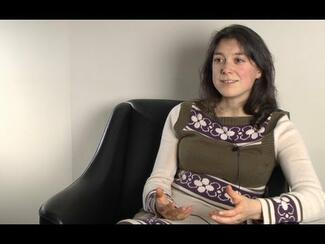 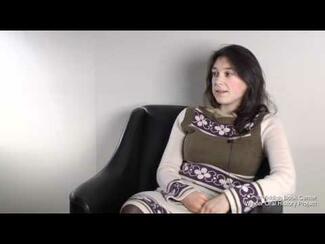 A sense of discovery: sorting books at the Yiddish Book Center's summer program 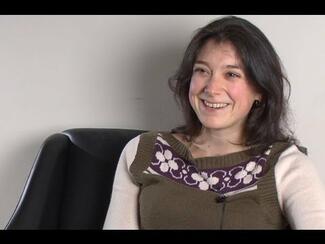 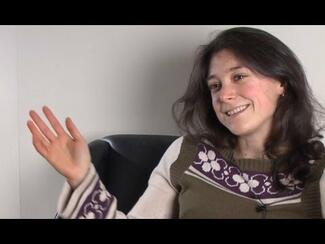