Arnold Friedmann, professor emeritus of Interior Design at the University of Massachusetts Amherst, was interviewed by Allie Brudney on November 8, 2011 at the Yiddish Book Center in Amherst, Massachusetts. Professor Friedmann begins the talking about his family background. Born in Nuremberg, Germany in 1925 into a bourgeois German-Jewish family, he describes his parents as solid middle-class. Professor Friedmann discusses attending Gymnasium (high school) in Nuremberg and tells a particular story of how the students would sing the Horst Wessel song every morning at school during assembly. He also describes how in 1936 he was forbidden to attend the "German" school and forced to attend a Jewish school in a small town outside of Nuremberg. Professor Friedmann explains that although his family was "totally assimilated," he regularly attended a reform synagogue with his mother primarily for social reasons. Professor Friedmann describes the night of November 9th, 1938, the night of Kristallnacht (the night on which large-scale, anti-Jewish pogroms were launched against Jews throughout Germany, annexed Austria, and other Nazi-occupied territories), which prompted his family to leave Germany for Palestine in 1938. Describing life in Palestine as initially difficult, Professor Friedmann tells the story of how he was apprenticed to a cabinetmaker at the age of thirteen. Despite the "primitive" lifestyle in Palestine, he goes on to talk about his relatively happy youth and reflects on the close-knit group of friends he made. He also discusses joining the British military at the age of eighteen and meeting his best friend, Jacob. After being discharged, he moved to New York to attend design school at the Pratt Institute. Professor Friedmann describes studying in New York at the Pratt Institute, where after the end of the War for Israeli Independence, he received his MA in art and interior design and taught for a number of years. He also discusses his move to the University of Massachusetts Amherst in 1972 where he helped found an interior design program. Reflecting on his connections to and study of Yiddish, Professor Friedmann goes on to talk about his first interests in and engagement with Yiddish. He describes how he first became fascinated by Yiddish while living in New York in the late 1940s and renting a room from a highly educated Yiddish-speaking woman. He recalls thinking that this woman and her friends knew so much more than his parents' acquaintances, who as German Jews, had thought they knew everything. Professor Friedmann also reflects on his relationship to Germany in the aftermath of the Holocaust and describes how for thirty years he refused to speak German or buy German products. He discusses how since the 1970s he began to view Germans in a different light than those of his own generation. Towards the end of the interview, Professor Friedmann discusses his Jewish identity and what that means in an American context. For him, being a good Jew and a good American are intricately connected. He notes that America allows Jews to be both American and Jewish – something that after growing up in Nazi Germany he does not take for granted. He also explains the unintended consequence of how the anti-Semitism in 1930s Germany formed him into a culturally proud Jew. Professor Friedmann ends the interview by reflecting on his love of Yiddish literature and explains that he often uses Yiddish words when teaching. He also admits that he is a little bit jealous of those who grew up speaking Yiddish. He concludes by describing his hope that in the future there will be fewer differences between people of different races and no more wars. 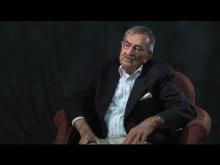 Renting a Garden in Nuremberg 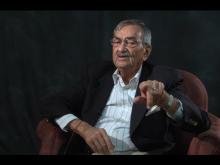 Destroying Ammunition in Cairo While in the British Army 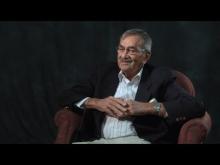 German Jews Lived Together in Palestine 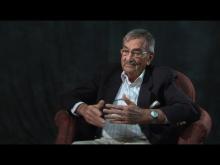 My Interest in Yiddish Goes Back to New York 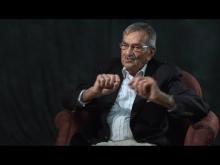 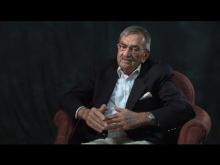 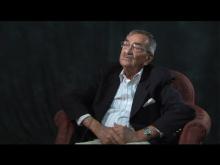 Joining the Jewish Community in Palestine 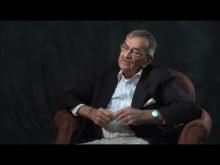 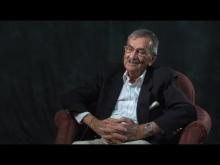 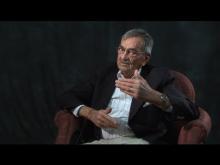 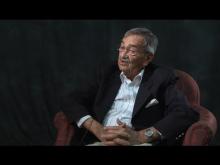 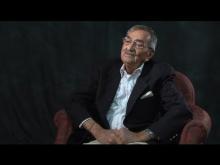 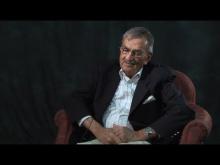 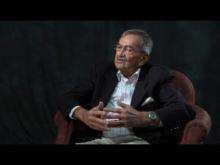 Going to School in Nuremberg, Germany in the 1930s 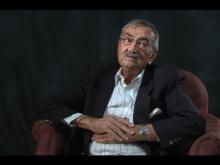 Hitler Made Me A More Proud Jew 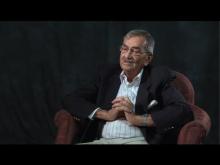 Joining the Fight for Israeli Independence 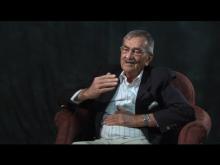 Being Jewish and Being American: Complementary Identities 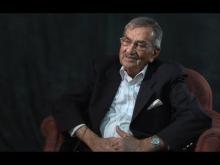 Matzoh and Bread in the Bread Box 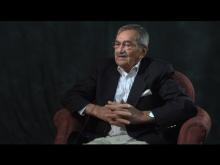 Running to Jewish High School in Germany in the Thirties