Eli Kwartler, Jewish Community of Amherst co-president, was interviewed by Christa Whitney on April 4, 2012 at the Yiddish Book Center in Amherst, Massachusetts. Eli believes his father emigrated from Galicia around 1920, while his mother was born in the United States. His parents lived apart and he mainly grew up with his father, who didn't speak much about the "Old Country." Eli says that he didn't grow up in a Jewish home, but he lived surrounded by Jews. He had a Bar Mitzvah but hated it because it took him away from playing ball in the streets. He recalls his mother's funeral, prior to his Bar Mitzvah, and remembers that he had no idea what was going on. Eli says that it was terrifying and is sure that in some way that affected his Jewishness. Although his father was totally non-religious, he and his father sat shiva (the week-long mourning period for a close relative), and went to synagogue twice a day to say kaddish (a prayer said when in mourning for a close relative), without knowing why. This, too, he says affected his Jewishness. They lived mainly in the Bensonhurst section of Brooklyn, New York, which was 90% Jewish. He describes the street games he played, such as stickball and boxball, as well as two-hand touch football. Stickball was played with baseball rules, but used cars in the street as bases. His father spoke a "secret language," possibly Polish, with his brothers and sisters. Recalling visits to the Lower East Side of Manhattan, Eli says that the bargaining reminded him of the Middle East. He talks about growing up with customs that he only later learned were Jewish in origin, for example, not mixing meat and milk meals. His father engaged in arguments with friends in Yiddish over Russian politics, but they seemed to display little interest in American politics. In his working career, he was a consultant in the packaging industry, which involved constant travel. As a result, although he was a member of the Jewish Community of Amherst (JCA), he only gradually became active in it. He describes himself as quintessentially secular and is trying to create a group of like-minded people at the JCA. Besides his activities at the JCA, he tries to help people by volunteering in other ways, such as serving as an ombudsman in nursing homes. Although Eli describes himself as secular, he tries to comprehend the spirituality of others and their belief in prayer. This left him open to meaningful experiences during the foreign travel he has done in recent years. Among the incidents that made him think more deeply were a discussion about the meaning of life with a Muslim in Saudi Arabia and an encounter with a rabbi, a man he describes as projecting extraordinary warmth, at the only synagogue in Kazakhstan. In conclusion, he observes that in this kind of travel "something uncertain is sure to happen." Returning to an account of his earlier life, Eli tells how he joined the U.S. Army at 17 to obtain education under the GI Bill and describes a fight with a soldier who had made disparaging remarks about Jews. He tried to pass down a sense of Jewish identity to his children, by means of sending them to Hebrew school and having his son Bar Mitzvahed. In retrospect, he feels that his children saw this as being hypocritical, because it was done to conform to social convention, rather than arising from genuine conviction. Today he feels that his main connection to Yiddish lies in the importance newspapers such as The Forward had to his father and others of that generation. Through the JCA he has tried to re-create the sense of community that characterized the Jews of Eastern Europe, where he believes that the inhabitants took care of one another, and he sees evidence of this pattern continued in the JCA. He concludes with advice to perpetuate the Jewish people by whatever means seem most effective.

Eli Kwartler was born in Brooklyn, New York in 1929. 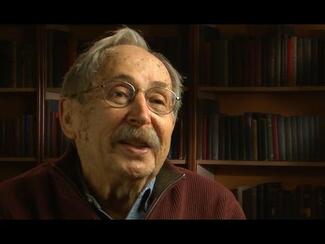 The Sights and Smells of Brooklyn 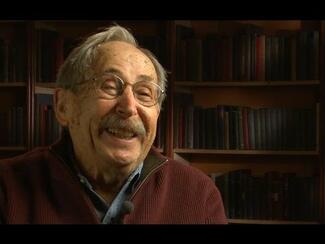 Yiddish, and Other Secret Languages 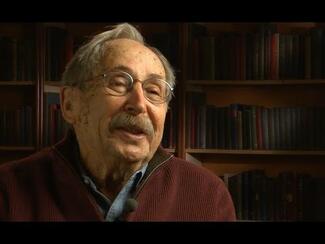 I Remember My Father Shouting About Politics in the Brooklyn Delis 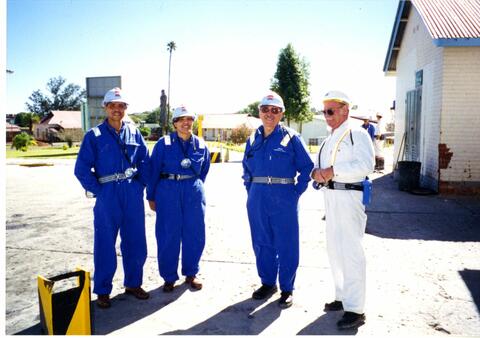 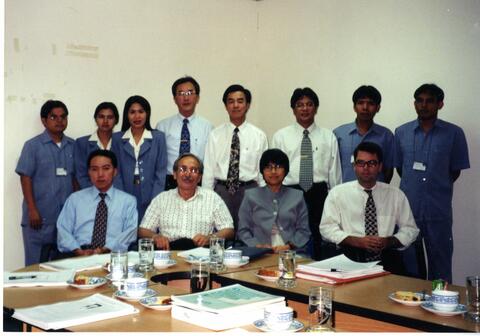 media:artifact_image:df5b901d-cb3a-469b-a894-00cb5bdc1a57
Eli Kwartler (middle-third from left) with an Amazonian family; some children, one infant, and some adults. 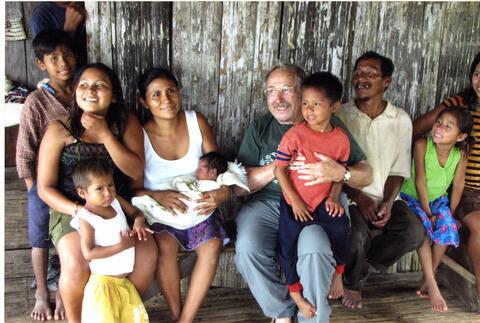 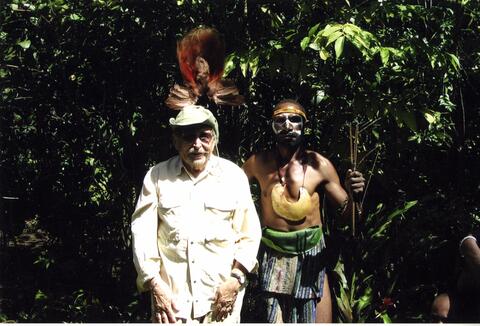 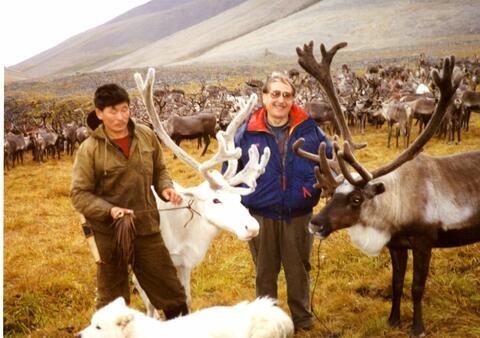 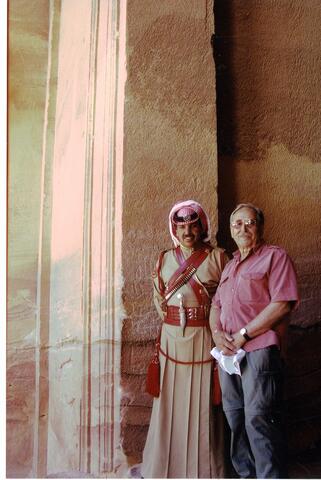 media:artifact_image:bc6e8bf0-add8-497e-93e7-099ed50e114c
Photo of Eli Kwartler in Iran standing underneath a portrait of the Ayatollah. 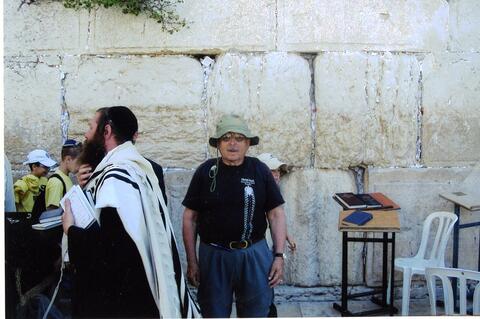 media:artifact_image:29b4e4c5-2ee6-4fda-bace-f7c6e8cebaba
Eli Kwartler with other visitors at the Western Wall. 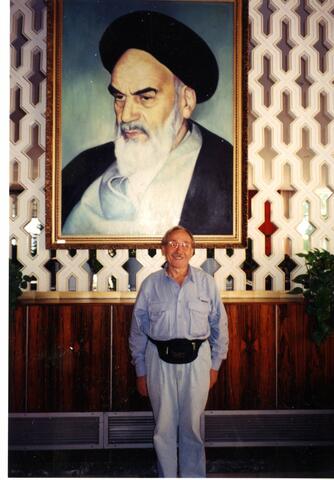 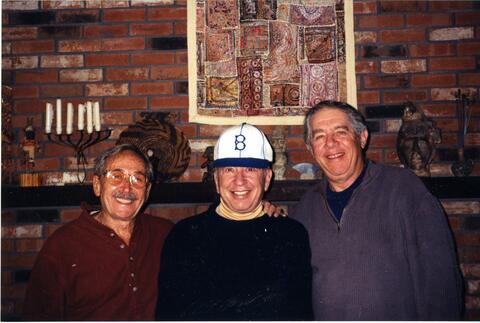 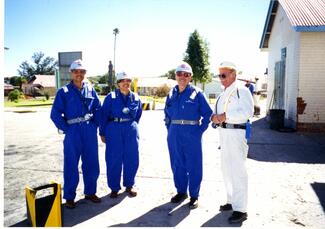 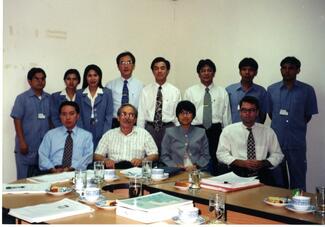 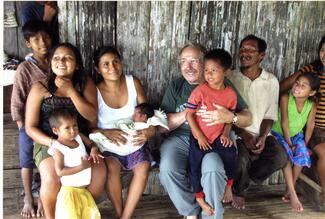 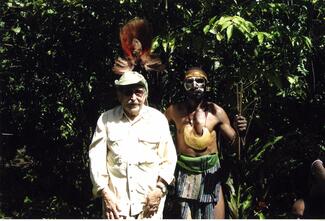 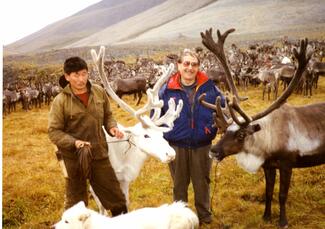 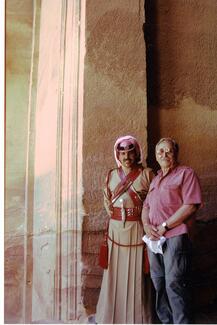 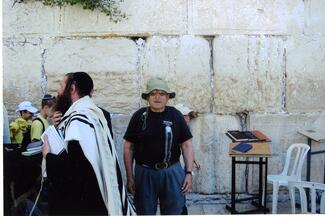 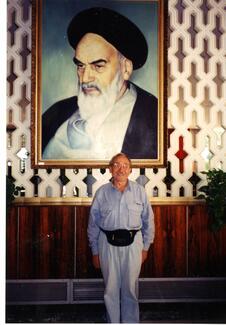 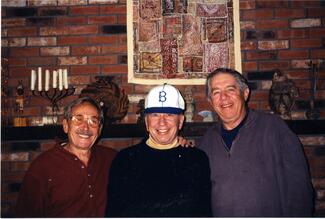