Herbert (Herb) Molin, a former lawyer for the City of New York and a staunch believer in the importance of Yiddishkeit, was interviewed by Jordan Kutzik on July 6, 2012 at the Yiddish Book Center in Amherst, Massachusetts. Herb's mother was from Ukraine and his father was from Poland. Both were born into religious families but discarded religion and adopted secular Yiddishkeit, which Herb still strongly espouses. Herb's father bought a specialty store in Astoria, Queens, New York, which was then a mixed immigrant neighborhood. Herb attended the local public school and then Stuyvesant High School in New York. He also received instruction from a shule, supplementary Yiddish schooling provided by the International Workers Order (IWO), due to his father's activity in that organization, and he attended the IWO's Jewish camp, Camp Kinderland. In Astoria in the late 1930s, Herb began to encounter Nazi sympathizers and anti-Semites. He attributes much of the anti-Jewish hatred to propaganda generated by Father Charles Coughlin, which influenced the parish priest. In one incident, Herb's father was ready to resist with an iron pipe when "Coughlinites" tried to make him stop selling leftist newspapers. Herb graduated high school around the time World War II was beginning. He had lost his left eye due to an earlier illness, so the army classified him "limited duty" and made him a policeman. After World War II, Herb went to Queens College. He felt that his earlier illness had left him incapable of studying science in order to become a physician, so he attended law school. This led to a thirty-year career as an attorney for New York City, while he raised a family. In college and immediately afterwards, Herb was active in progressive causes, notably the 1948 presidential campaign of Henry Wallace. He then describes his participation in the Peekskill Riot in 1949, centered around the African American singer and political activist Paul Robeson, which became a defining incident in the political conflicts of that era. His political activity ceased around 1950 as he devoted himself to family concerns, but he retains strong opinions about political events up to the present time. Despite reluctantly agreeing to attend his daughters' Bat Mitzvah ceremonies, which he didn't want them to have, he details ways in which he has imbued his children with his conceptualization of secular Yiddishkeit, secular Jewishness.

Herb Molin was born in Brooklyn, New York in 1925. 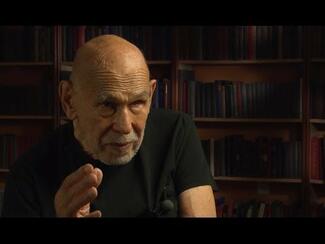 I Was Fortunate Enough To Be Drafted 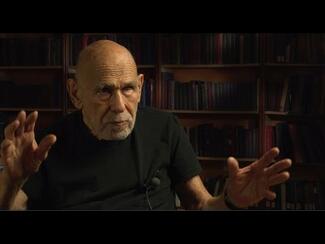 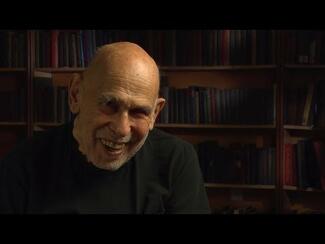 "I Refused To Go To Bar Mitzvahs" 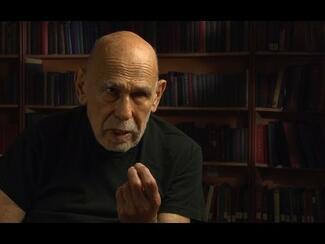 :We Don't Speak That Language Anymore": Yiddish in Israel 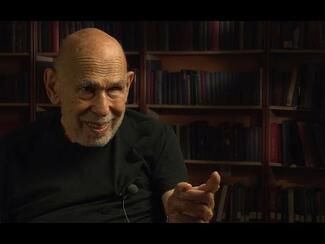 1949: I Was a Guard at Peekskill When Paul Robeson Performed