Abraham (Avrom) Lichtenbaum, Yiddish teacher and director of the IWO (the Argentinian YIVO, Yidisher Visnshaftlekher Institut, Yiddish Scientific Institute) in Buenos Aires, Argentina was interviewed by Christa Whitney on July 31, 2012 in Vilnius, Lithuania. This interview is entirely in Yiddish. Abraham was born in Argentina in 1943. His father came from Warsaw to Buenos Aires as an orphan in 1922. His mother came from Odessa with her family in 1907 or 1908. His maternal family was originally from Slutzk, Belarus, and they were well-to-do merchants. His grandfather studied medicine and was very modern (he played the violin and smoked on the Sabbath). Abraham knew only his grandmother, from whom he learned Yiddish. (His grandfather had died before he was born.) He also spoke Yiddish to his father, but spoke Spanish to his mother. Abraham grew up in a very Jewish environment. He attended a Peretz Bund School (a school with secular and socialist orientations and instruction in Yiddish), and lived in a Jewish neighborhood where most of the shops were owned by Jews. Jewish writers and playwrights visited and performed in Buenos Aires, and Abraham went to a Yiddish play almost every Sunday. He describes the ways in which his home was Jewish, too. They celebrated Passover, and on the High Holy Days he accompanied his grandmother to synagogue. She cooked many Jewish dishes, including kreplakh (stuffed dumplings). Abraham's father was a socialist, and Abraham inherited his anarchist and socialist books. His father worked in printing and received all the Yiddish books printed in Argentina directly from the authors, with a personal dedication. Abraham also went to a Spanish school in the mornings, and he shares that he preferred the Peretz Bund School, which he attended in the afternoon. They learned about Jewish history, culture, literature, and a considerable amount about World War II, including the Warsaw Ghetto Uprising. Many of his friends became famous actors and professionals in Buenos Aires. Abraham had many good teachers including Shmuel Rozhansky, a writer and educator, and Shmuel Zessler, a poet. Later on in university he studied with Dov Sadan, Khone Shmeruk, and Dov Noy. At the age of eighteen, when he became a teacher in his childhood Bund school, he used Rozhansky's Yiddish textbooks. Abraham also taught Hebrew, history, and Torah. Abraham describes how there was a rise in anti-Semitism in the 1960s as a result of the Adolf Eichmann trial. Abraham became the president of the Jewish club in his middle school, which was active in opposing anti-Semitic fellow pupils. Nevertheless, he also had many non-Jewish friends. Abraham's first contact with IWO was in sixth grade, in 1955, when he wrote a paper in Yiddish about Jews in Argentina and won first prize in the Cultural Congress competition. IWO was then in the Asociación Mutual Israelita Argentina (AMIA, Argentine Israelite Mutual Association) building in Buenos Aires. It had an important library, a big hall, many artifacts, works of art (including by Maurycy Minkowski), and records and albums. The AMIA building was bombed by terrorists in 1994 (which left eighty-seven dead and more than one hundred wounded), and, as a result, IWO moved to the Argentinian Cultural Congress. Abraham, who worked at IWO and was appointed director in 1993, was by chance not in the building at the time of the bombing. Abraham explains that IWO began in Argentina in 1928 in a bookshop; in 1939 they bought a building, which became the Jewish Community Center in 1945. Besides the library, the archive, and art, IWO also published research material about the Jewish colonization and cooperatives established by Baron Maurice von Hirsch. IWO is now a center for the study of Yiddish in Buenos Aires; many lectures and seminars are held for teachers and students. Abraham elaborates that Argentina, and Buenos Aires, are important Jewish centers. The many Jewish schools, the books published there, the journals and children's magazines, and the records are all connected with Yiddish and Jewish culture. Abraham does not encourage translations of Yiddish literature, but rather recommends learning the language and reading it in the original. Abraham says that he is optimistic about the survival of Yiddish, furthered by students who are studying it with him and other teachers.

Abraham (Avrom) Lichtenbaum was born in Argentina in 1943. 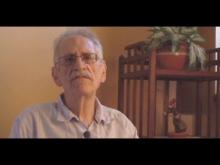 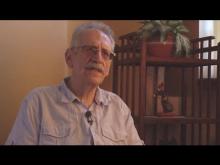 Yiddish Stories from a Childhood in Buenos Aires 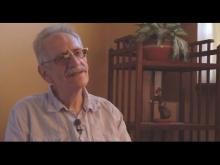 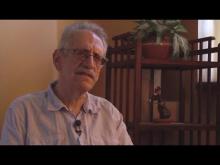 Growing up with Argentinean Yiddish Literature 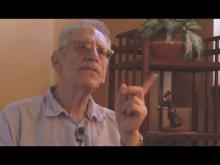 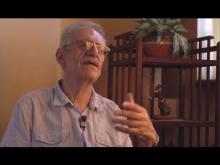 Growing up in the "Once" Jewish Neighborhood in Buenos Aires 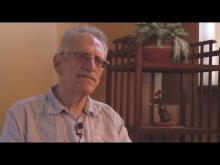 Instead of Yelling about Yiddish, People Should Work with Yiddish 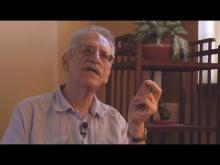 A Jew Breathes with Two Nostrils