Rose Bergman, retired teacher and daughter of Holocaust survivors, was interviewed by Mark Gerstein on August 10, 2012 at the Yiddish Book Center in Amherst, Massachusetts. Rose, a former teacher, recounts growing up in Poland after the Holocaust, her years in Israel, and finally her immigration to and life in the United States. Rose describes how both her parents fled the Nazi advance into Poland by escaping into the Soviet Union, where they struggled to survive. She recounts how after the war her parents returned to Poland, taking up residency in Lodz - where Rose was born in 1947 - and then in Warsaw. Rose remembers that she felt she was not different from any other person until one day another child chased her down the street and accused her of being a "Christ-killer." Rose also recounts being a Polish speaker and attending school in Poland. Rose recalls how her parents decided to leave Poland in 1957 because "anti-Semitism had followed them" there. They chose to immigrate to Israel, where Rose's father had a brother who had survived the camps and participated in Aliyah Bet, a clandestine program to smuggle Jews into then British-controlled Palestine. Before leaving Poland, Rose's father was approached by a professor who had access to part of the surviving archives of Oneg Shabbat, the secret program established by Emanuel Ringelblum during the Holocaust to chronicle life in the Warsaw ghetto. Rose's father sewed the documents into the piping of his coat and smuggled them into Israel, where he delivered them to the Holocaust center at Yad Vashem. Rose describes her life in Israel and recalls how Polish, Yiddish, and Hebrew were spoken in the home. But she remembers how she did not speak Yiddish outside of the home because Israelis frowned upon its use, seeing it as the language of the Diaspora. Rose recalls how her parents chose to immigrate to the United States in 1962, largely for economic reasons. She remembers how religion was not central to her Jewish identity, but warmly recalls how Yiddishkeit was a key part of family life. Rose recounts some of the key moments in her adult life and how she once again became interested in Yiddish after reading Outwitting History by Aaron Lansky, founder of the Yiddish Book Center. She now attends Yiddish theatre and klezmer concerts, and she is a member of YIVO and the Yiddish Book Center. Rose discusses the importance of her Eastern European background to her own sense of Jewishness and offers advice to future generations. She also comments on the complexity and richness of the Yiddish language, illustrating how some terms are not easily translatable, and explains some notable Yiddish curses. Finally, Rose mentions a book, Never Forget To Lie, written by her father's friend, Felicia Bryn, that recounts the struggle to live through the Nazi era. Rose concludes, "People should know stories about survival." 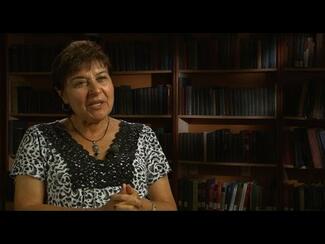 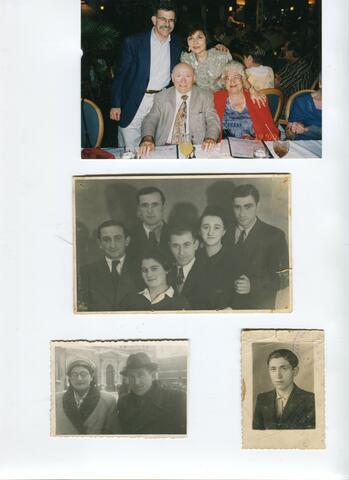 Rose's parents
Rose Bergman's parents in 1950s. Rose's mother was a university student at the time 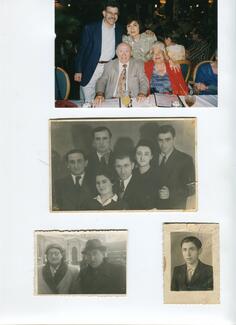 Rose with husband and parents 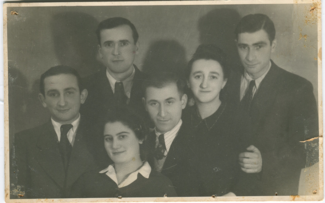 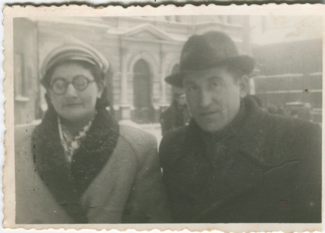 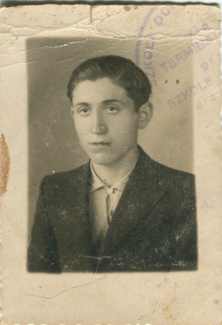