Adah Bakalinsky, philanthropist, walking advocate, and author of Stairway Walks in Los Angeles and Stairway Walks in San Francisco, was interviewed by Christa Whitney on January 10, 2013 in San Francisco, CA. Adah grew up in St. Paul, Minnesota in an Orthodox, Yiddish-speaking family. Although her own first language was English, her parents and grandparents spoke Yiddish at home and amongst themselves so she picked up the language near-fluently as a child. She notes that an unusually harsh comment on her accent from her grandmother lead her to stop speaking Yiddish in her youth. It was not until decades later that she found Yiddish words and phrases coming back to her during her long city walks. "The words came back, with the good accent," she remembers. She pursued further language study at a local Jewish community center and at the Yiddish Book Center. Adah describes the history of her family's immigration to the United States in the early twentieth century. The eldest of seven children, her father deserted the Russian army and fled to Poland before reuniting with two of his sisters in Philadelphia, Pennsylvania. He later brought his father over to America, but his mother and three sisters remained in Russia through World War One. Her grandfather became a peddler in the United States and tried to send money back to the rest of the family, but it was impossible to get mail into Russia. Eventually, Adah's father met up with his mother and sisters in Poland where he also first met Adah's mother while passing through Warsaw. Although her family's life in St. Paul was materially poor, Adah remembers how her aunt called life there "heaven" because they did not have to share housing with another family. Adah relates that she perceived a more formal distance between children and parents in Yiddish homes than there seemed to be in non-Jewish families. Although she was not close with her mother and expresses mild resentment of her parenting techniques, she was always close with her paternal grandmother who spoke only Yiddish to her. Adah tells of running around the Orthodox synagogue on holidays, back and forth between her grandmother in the women's section upstairs and her grandfather in the men's section. She remembers her grandmother's kindness in bringing her snacks when the adults were fasting on Yom Kippur. She loved the festive atmosphere in her synagogue, particularly on Simkhes toyre (Simchas Torah), and says she was once surprised at the somber atmosphere of a Reform synagogue. Adah was also involved with the Jewish Labor Zionist youth group Habonim. Adah's paternal grandfather never spoke Yiddish to her because, according to Adah, he assumed that she could not understand it. Although he seemed to be tolerant of her modern upbringing, she was once upset by a comment she overheard him make in Yiddish about her playing piano on Shabes (Shabbos). She says she found it strange that they never had a strong relationship because of the language barrier he imposed between them by refusing to speak to her in Yiddish. Adah also discusses her experience as the only Jewish student at a Presbyterian college, including her challenges keeping kosher and abandonment of her ambition to become a rabbi. Expressing hope for the future of Yiddish, Adah is surprised that few of her Ashkenazi neighbors at her care community can speak the language, despite the increase of popular Yiddish loanwords in English. [Abstract prepared by Michelle Speyer] 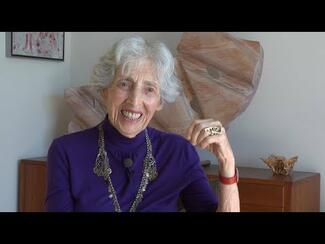 I Think You Feel a Connection: The Importance of Yiddish Cultural Heritage 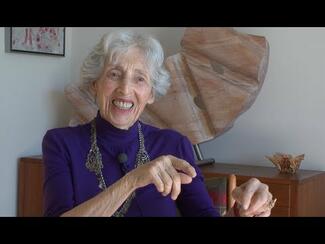 The Holidays Were "Like a Party" for Us Kids: Growing Up Orthodox in Saint Paul, Minnesota 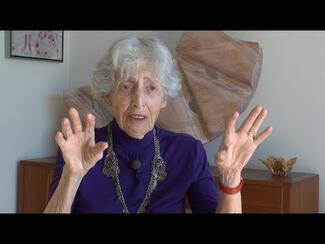 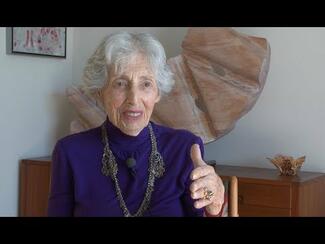 The Evil Eye Prevented Parents from Complimenting their Children 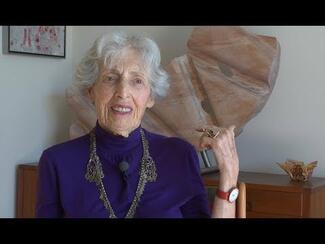 Thinking in Yiddish while Walking 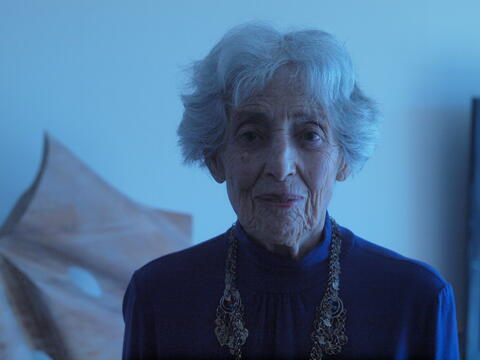 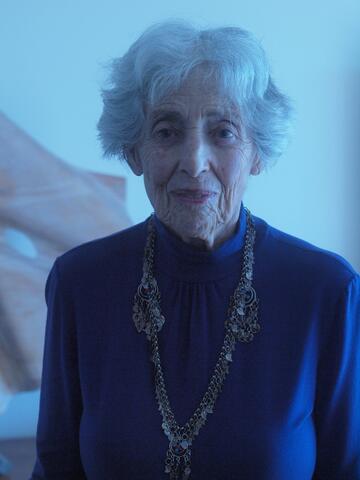 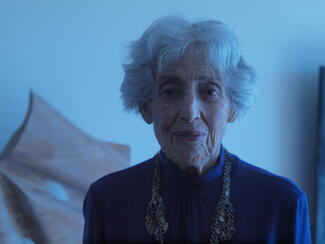 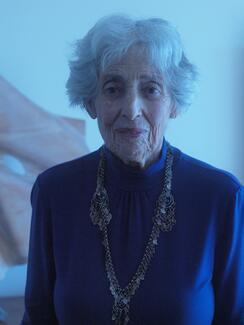