Rita Licht Rosenthal, social worker, feminist, and Yiddish enthusiast, was interviewed by Nina Dabek on July 22, 2013 at the Yiddish Book Center in Amherst, Massachusetts. Rita grew up in the Bronx. Her parents both came to the New York from Galicia: her father from Kalush, Ukraine in 1913, and her mother, the youngest of ten children, from Olesko, Poland sometime after the Immigration Act of 1924. Although her father's two older brothers were both waiters, he sought out other work and was trained to become a furrier. He was involved with the International Fur Workers Union, and during the 1926 strike he was charged with tracking down scabs. Her mother was also a fur worker and somehow her name was on his list. That's how they met. They married and Rita was born on February 2, 1930. Her father lost his job due to the depression. They lived in a 4-room apartment on Mapes Ave. in the East Bronx, and her father opened up a little fur business in the second bedroom. Rita's younger brother was born, and the family moved into a storefront with three tiny rooms in the back on Bathgate Ave. She particularly loved to spend time in the library, nearby on Washington Avenue. Her father felt himself truly an American and felt they must only speak English to their American children. To each other, however, they spoke Yiddish, and Rita absorbed the language. Around 1939-40 her parents managed to bring her mother's brother and his wife over from Vienna. They lived with Rita's family for six months, speaking only Yiddish, and that helped to solidify Rita's knowledge of Yiddish. Her mother kept a kosher home, observed many holidays, and regretted that because of the business she couldn't keep Shabbos. Her father, who could read Hebrew, didn't care. He was secular, a socialist at heart, read Yiddish and English papers and was very Jewish. Rita's brother was sent to a rabbi to study for his bar mitzvah. Rita, a feminist her whole life, also wanted to learn. She heard that Evander Child's High School--not her local school--provided Hebrew classes, so in spite of the long trip via trolley she went attended the school in order to study Hebrew. She earned the "golden ayin" award in May, 1945, for being at the top of her class. Her father became sick in July and died in August after an operation for cancer. Rita's uncle was with him as he died, and his last words were "Hebreish, hebreish (Hebrew, Hebrew), referring to Rita's award--it meant so much to him. Rita attended college at night, and a year and a half after marrying graduated from City College with a B.S. in education and a minor in psychology (at the time women weren't allowed to matriculate in liberal arts). She and her husband bought a house on Long Island and were founding members of the Comack Jewish Center. She also helped start the Center's nursery school, which exists to this day. She raised four children, earned a master's degree in social work from Adelphi University, worked as a social worker, and was active with the Nassau County Women's Center and the National Organization for Women. Her children and grandchildren have been involved in religious Jewish life and with Israel. Rita's love of Yiddish is central to her. She doesn't believe it is a dying language--she has encountered Yiddish speakers on the street in Italy and in France, and she believes everyone should speak Yiddish. She has supported the Yiddish Book Center since she first heard about it.

Rita Licht Rosenthal was born in Bronx, New York in 1930. 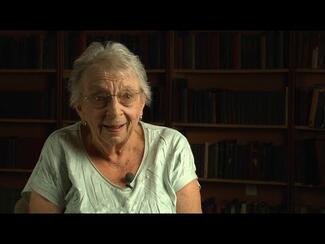 Life in the Bathgate Ave. Bronx Neighborhood During the Depression 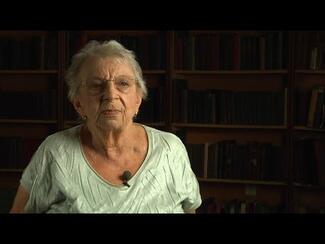 Three Weeks of the Same Lesson: Tutoring with the rebetsn (Rabbi's wife) 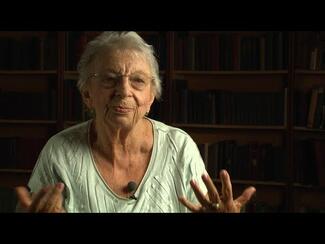 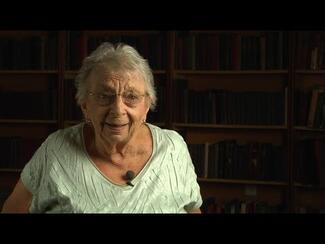 Yiddish in Venice and Paris 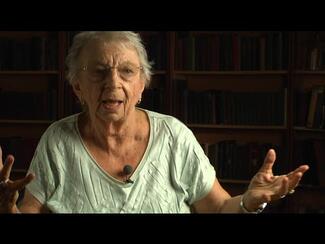 Organizing Jewish Community in the "Wilderness" of Suffolk County 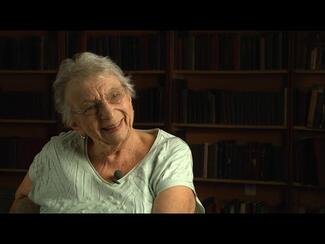 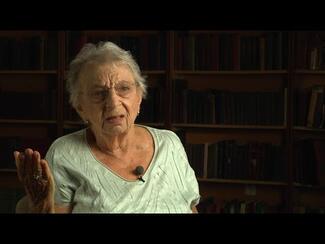 A Life in Service