Ethel Taft, a former social worker and the daughter of Yiddish essayist, poet, and teacher Israel Gubkin, was interviewed by Mark Gerstein on October 2, 2013 at the Yiddish Book Center. Ethel recalled the early life of her father who was born in Brest-Litovsk, Russia in 1899. Israel Gubkin was a constant reader, self-taught in many areas, and had a strong grounding in bible and history. During World War I, he served in a German forced-labor brigade, an experience that became one of the subjects of his later writings. After the war, he became a teacher and part of the Labor Zionist movement. An older brother immigrated to Palestine, but Gubkin ended up coming to the United States in the early 1920s. In the United States Gubkin was always active in the Labor Zionist movement. He taught history, bible, Yiddish and Hebrew literature in the Farband (Jewish National Workers Alliance) schools. He also taught at the Jewish Teachers Seminary. While involved in the world of teaching, he was always writing essays and poetry, primarily in Yiddish. His poems covered a variety of subjects and as he got older his writings addressed the issues of illness and death. Ethel expressed warm memories of her father, his generosity of personality, and his passion for teaching. He saw the importance of language, both Yiddish and Hebrew. As Ethel recalled, "he never got caught up in the Yiddishist-Hebraicist battle. He gave equal weight to both." Ethel grew up in the Bronx in a very Jewish neighborhood. Yiddish was Ethel's first language and she didn't speak English until she started attending public school. At the age of six, her parents enrolled her in a Workmen's Circle afternoon school, which she attended for four years. Education was very important to Ethel's parents and they sent her next to a Sholem Aleichem middle school and then at the age of fourteen to a Farband school. Education was a constant in Ethel's life and she remembers enjoying it very much in part because her parents emotionally rewarded studying. Ethel attended Jewish camps during the summer and she contrasts the experiences offered by Camp Kindervelt, run by the Farband and where Israel Gubkin was the culture director, and the Habonim (Labor Zionist Youth Movement) camps. Ethel recalls the sense of sadness her father experienced years later when he saw Yiddish schooling and camping declining. Progressive, left-wing politics were part of the Gubkin home. Ethel remembered how in terms of politics her parents always voted for the Democrats because they supported compassion and helping people. But she also recalls how the Hitler-Stalin Pact of 1939 caused a rift between the Gubkins and some of their leftist friends. Ethel's parents were very anti-Communist and Israel Gubkin was very conscious of the danger that Hitler presented for the world and Jews. Ethel describes the circumstances that led to her awareness of the Holocaust and how it reinforced the Zionism that had been an integral part of her upbringing. Ethel provides a synopsis of her adult life and she briefly discusses some of the historic events that had a significant impact on her. She explains why Yiddish is so important to her today and expresses regrets for not having taught the language to her children. She believes that the notion of a Zionist home in Israel that is both democratic and Jewish in character is important to convey to future generations. Ethel concludes by reciting in Yiddish a poem that she authored as a very young child and explains why the song "Reyzele" means so much to her. 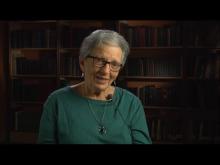 "Yiddish Talks By Itself": When English Fails Me 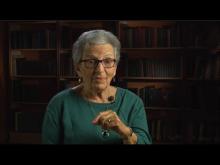 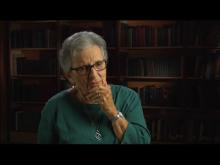 "I Remember My Father Opening the Letter and Turning White": Becoming Aware of the Holocaust 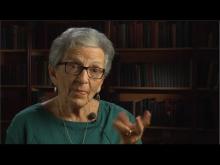 For A Democratic and Jewish Homeland 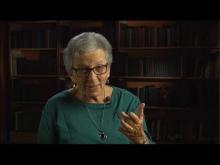 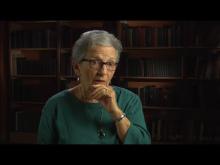 What Are We Going To Do With Her Now?: My Education at Yiddish Schools of New York 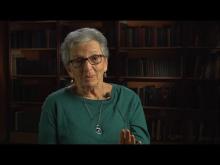 A Yiddish Mouse: My First And Only Original Yiddish Poem 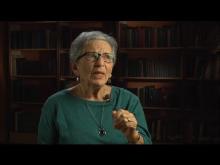 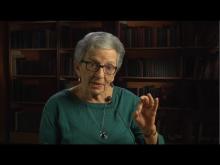 Camp Kinderwelt: A Yiddish Summer Camp in the 1940s 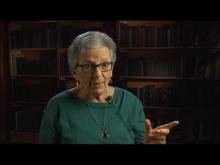 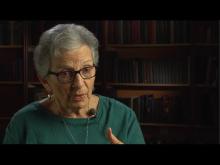 The writings of Yiddish essayist and poet Israel Gubkin 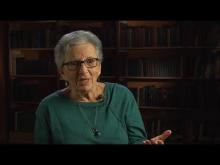 "I'm So Sorry You Didn't Teach Me Yiddish.": Regretting Not Passing Along Yiddish To The Children 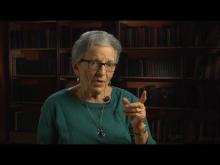 Government as a Supportive Entity, Not Punitive: The Political Values of the Israel Gubkin Family