Miriam Udel, assistant professor of German Studies and Jewish Studies at Emory University, was interviewed by Jessica Parker on December 16, 2013, at the Association for Jewish Studies Conference in Boston, Massachusetts. Miriam reports that her Viennese great-grandfather on her mother's side was a linguist who spoke seven languages. Her parents divorced when she was very young; she grew up in her artist mother's home where they kept kosher and always shared Shabbos dinner. Miriam attended Sunday school and Hebrew school. When she was five, they moved to Miami where her mother taught art in an Orthodox Jewish day school. She remembers the influx of Cubans to Miami and the difference between her mother's welcoming stance and the casual racism from other white families. Miriam was enrolled in a school with an immersive Spanish program with many over-qualified Cuban teachers who still influence her teaching style today. She also studied for her bat-mitzvah with a Latin American rabbi and recalls with delight the "trifecta" of sugarcane juice, a large Spanish language bookstore, and bat-mitzvah tutoring from a rabbi with a primarily Cuban Jewish congregation. Miriam and her mother then joined a Reform congregation which she found less than satisfying; she began to question what Judaism meant to her and realized that she wanted to more rigorously and deeply engage with the religion. Miriam talks about several of her mentors in college and beyond. She became aware of gender discrimination as she progressed in academia, and she talks about the importance of being mentored by Ruth Wisse, an extraordinary scholar who was raising a family. After college, Miriam worked as a freelance journalist but decided to return to school to pursue a graduate degree. She met with Professor Wisse about her interest in understanding the connections between secularization and ethics through literature rather than religion. Miriam came out of that conversation excited about adding Yiddish to her list of languages. She took an intensive course at YIVO the summer before entering graduate school at Harvard. Miriam talks about the anxiety associated with becoming a Yiddish scholar, aware that so many of the last generation of Yiddishists have passed. She explains the meaning of the Yiddish expression "In a place where there is no man, a herring is also a fish." She discusses the Yiddish Farm and how new Yiddish incarnations are often shepherded by young people. Miriam's research and publications explore the Jewish encounter with modernity; she is also interested in the connections between modern Jewish literature and classical Jewish (religious) texts. She was among the first translation fellows trained at the Yiddish Book Center and is working on translating and compiling an anthology of Yiddish children's stories. She delights in her sons being involved in the process. She loves teaching Yiddish to undergraduates and prides herself on creating an immersive, family-like atmosphere in her classroom. She sees singing in Yiddish as an excellent pedagogical tool and created an a capella group of students who sing on campus and for elderly Jewish folks in the community. Miriam feels that those who study Yiddish literature, history or culture need to make sure Yiddish finds a robust place within the academy. She talks about her hopes for the future of Yiddish and belief in the Yiddish revival. She advises Yiddish students to focus on what excites them in the world of Yiddish and not try to be an expert in all areas.

Miriam Udel was born in Pittsfield, Massachusetts in 1976. 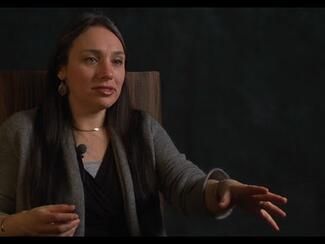 Modernism and the Yiddish Picaresque Novel 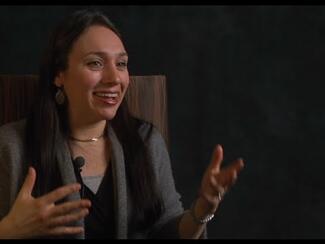 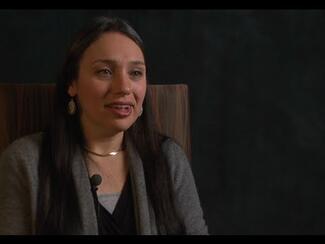 "Find the parts that really do resonate with you, and then pursue them”: Advice to Yiddish Students 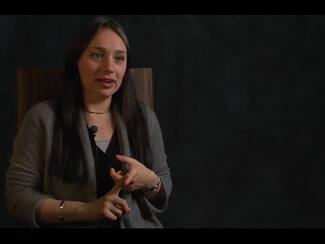 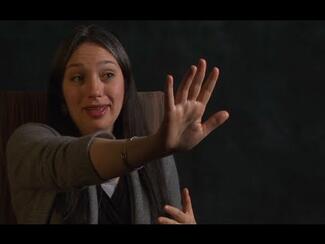 Translation Keeps You At Arm's Length 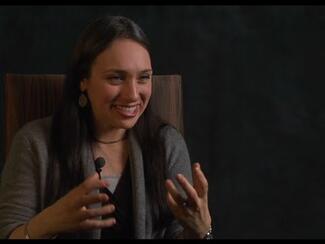 Reflections on Ruth Wisse, "Doktormama" and My Introduction to Yiddish 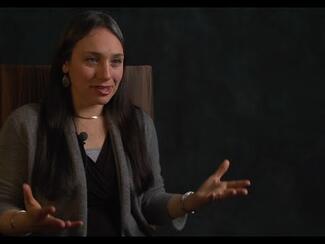 “A Herring Is Also A Fish”: On Yiddish, Insecurity, and Being A Yiddishist in the 21st Century 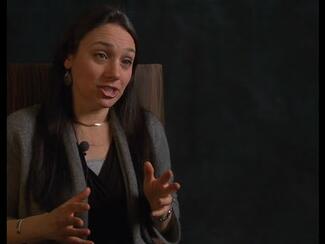 “I Have to Tell You, Your Yiddish is Very Strange”: Speaking Yiddish with Hadism 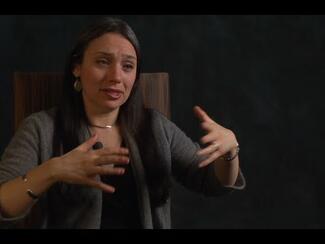 The "Mysterious Alchemy" of Embracing Yiddish 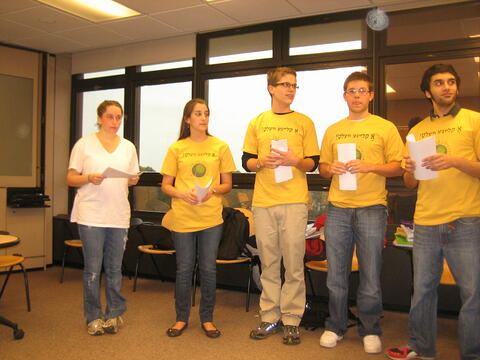 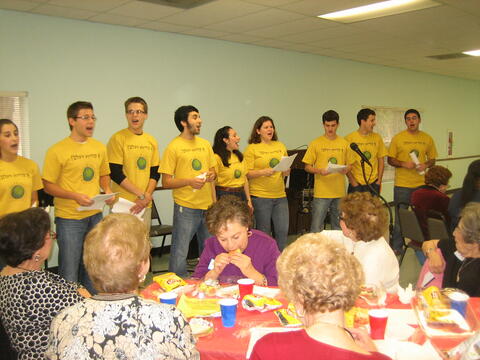 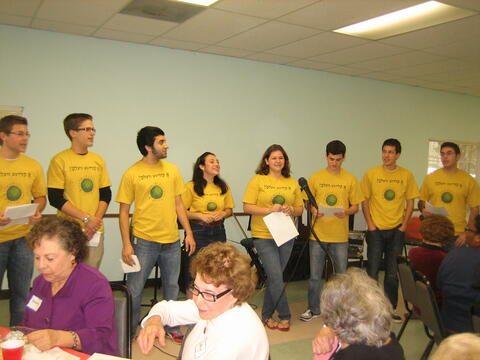 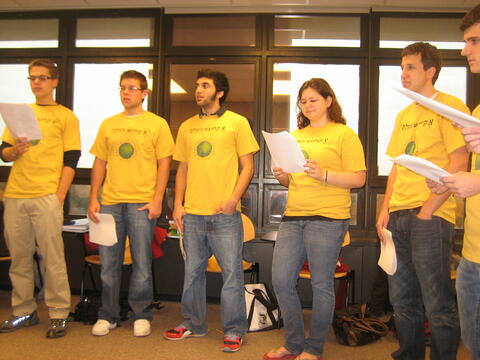 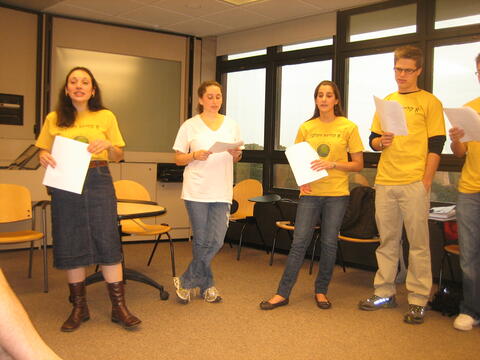 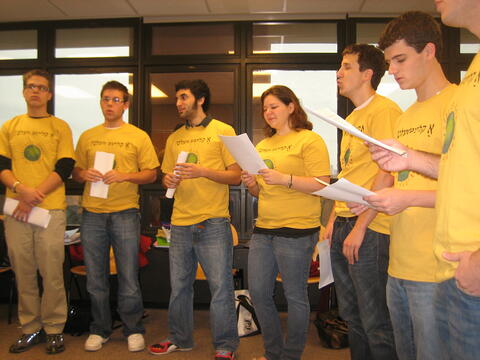 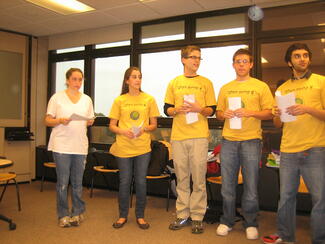 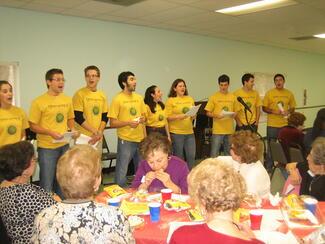 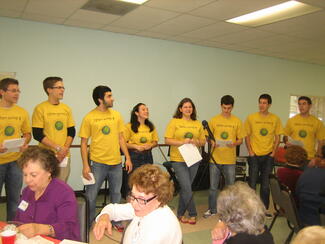 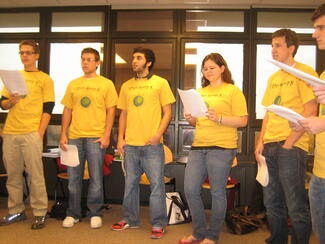 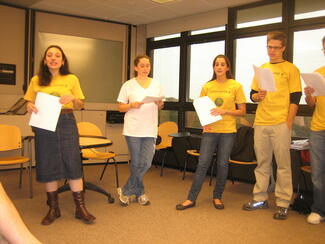 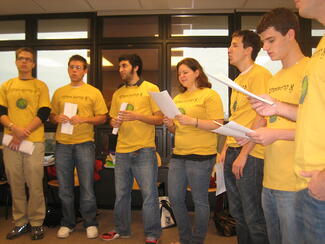