Zeva Greendale Roschko, Yiddish teacher, former public school teacher, and activist, was interviewed by Christa Whitney on January 27, 2014 in Brooklyn, New York. Zeva starts the interview discussing her family background. She explains that her parents emigrated from Eastern Europe, her father from Ukraine around 1908, mainly to avoid being drafted into the tsar's army; and her mother from Poland, probably after World War I. Zeva then moves on to discuss growing up in the Brownsville section of Brooklyn and later in East New York (also Brooklyn). She describes how in both neighborhoods the family lived in "Jewish poverty," which became more acute during the Great Depression. She shares a particular story of how she was able to attend John Dewey's progressive school for a time because it was free. Zeva describes her parents as political "radicals" who were enamored with the Soviet Union. She recalls how her father saw the Soviet Union as a "promised land," and tells the story of how he actually moved there and obtained a job as director of a children's theater in Kiev. He promised to bring his family there, but that never occurred. Zeva's mother, who had always been in poor health, died in 1930 when Zeva was nine, and Zeva lost contact with her father. Zeva recalls that her parents spoke an elevated form of Yiddish and read leftist Yiddish newspapers. Zeva explains how she studied Yiddish through the high school (mitlshul) level and later became an instructor. Attending the communist-based Summer Camp Kinderland was a decisive event in her life; she described it as "my salvation." While there she was involved in the "Peekskill Riots" of 1949, a defining clash of ideologies, where she saw "the face of fascism." Although she was not particularly well-informed about the Holocaust, Zeva describes how she became more aware of her Jewish identity and the importance of maintaining Yiddish after learning of Soviet persecution of the Jews. She also reflects on experiencing the anti-Semitism of the Black Power movement as a teacher in the New York City public schools. Influenced by her second husband, who introduced her to a Simchas Torah celebration, Zeva talks about joining a synagogue, which would have been inconceivable to her parents, and became active on its Social Justice committee. She also describes discovering a love of Yiddish folk music, nothing that these late-life experiences made her feel that she had been missing something previously, due in part to the rigid ideological setting in which she had grown up. Zeva explains that in recent years she has continued to teach and promote Yiddish. With the aid of former residents of the Soviet Union, one man in particular (Kolya), she has learned more about her father's life in that country and his death.

Zeva Greendale Roschko was born in Brooklyn, New York in 1925. 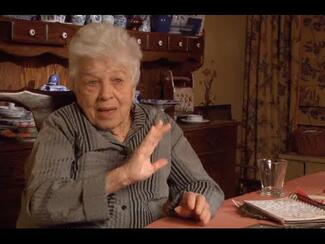 Dancing, Weeping and Carrying the Torah 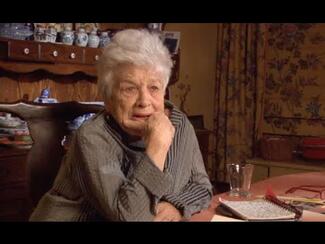 Yiddish: A Warm, Loving Language Full of Jewishness and Kindness