Roger Mason, musician and music teacher, was interviewed by Isaac Daniel Moore on February 11, 2015 in Boca Raton, Florida. Roger was born in Hagerstown, Maryland and grew up on United States Army bases around the world including, Germany, France, Japan, Russia, and Switzerland. Roger begins the interview discussing his family's background. Roger's father's family resided in Appalachia and his mother's family were Jewish immigrants from Russia who left after the 1905 Revolution. Roger's tells a story of how his mother and father met while studying at New York University in New York City. His mother was a non-observant Jew and never talked about her Jewishness. Roger describes his mother as "wanting to be a modern American woman." Growing up on army bases around the world, Roger describes the atmosphere of a base as "small town" and discusses having limited contact with the surrounding communities while residing abroad. Roger refers to his upbringing as an "army brat" and tells the story of how Americans on the military base in Japan had their own form of currency separate from that of the American dollar and Japanese yen. Roger describes his family as small. He had one younger sister and only met one grandparent, his mother's mother. Roger discusses having little exposure to Jewish culture while growing up. The family only celebrated standard Christian and American holidays such as Christmas, Independence Day, Easter, etc., all in a very secular way. However, Roger describes how his parents' value of justice and strong stance against anti-Semitism were transmitted to him as a child. Roger recalls the family encountering anti-Semitism while buying a house in California and how that had a big effect on the family. He explains that being Jewish meant standing up against injustice while simultaneously not fully expressing an outward sense of Jewish identity. Roger discusses his musical interest and background studying with different teachers while growing up abroad and attending Brown University in the 1960s. He describes music as a fantastic gift and describes how teaching music allows one to communicate with others and transmit openness and tolerance. Roger finds this aspect of music important. Roger discusses how over forty years ago he made the discovery that his mother's family was a family of Jewish musicians. He recalls how his grandmother told him about his family's musical past which he initially believed were made-up stories. His great-grandfather world-renowned cantor, Arye Leyb Schlossberg, who was born in Jekabpils, Latvia and traveled and performed around Europe. His grandmother also sang and so did many other members of the family. Roger describes the discovery as "life-changing" and recalls the shock about how little he knew about his own family. Roger explains how this was the first time he encountered Jewish music and how he became "obsessed" with learning more about his family's music. Roger began to research his family's background and met relatives he had not known before. Roger discusses how when he encountered his great-grandfather's music, the memory of his family's musical legacy was forgotten and he began the mission of rehabilitating their music. Some re-discovered music composed by his great-uncle, Isaac Schlossberg, was recently performed in Boston at Harvard University with Zalmen Mlotek and Nahma Sandrow. Towards the end, Roger discusses how this discovery heightened his interest in Jewish history and culture. He also discusses how it forced him to grapple with the question of Jewish identity when raising his children. For Roger, learning about his family's Jewish past has made him aware and appreciative of the diversity of Jewish life and history

Roger Mason was born in Hagerstown, Maryland in 1944. 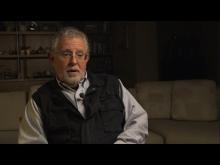 "The Defeated Enemy Was On the Outside: Growing Up On U.S. Army Bases Post-World War Two 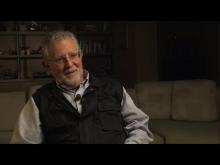 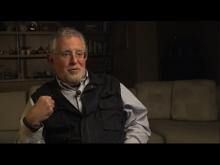 Discovering His Family's Musical Past 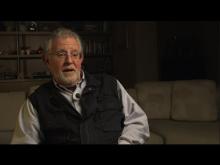 An American In Post-War Japan 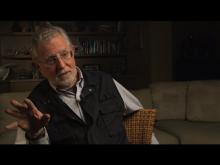 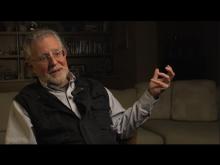 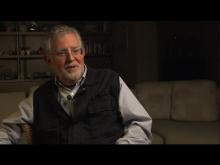 Unconventionally Diverse Music Training and Work as a Music Teacher 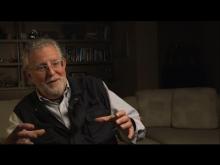 The Importance of Forgotten Musicians for Younger Jewish Generations 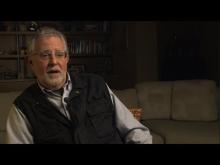