Paul Azaroff, Hebrew and Judaic Studies teacher and native of New York City, was interviewed by Isaac Daniel Moore on February 11, 2015 in Boca Raton, Florida. Paul was born in New York City in 1934 and grew up in Brooklyn and later Israel. He begins the interview discussing his family background. Paul's mother's family was from Bialystok and immigrated to America in 1929 to join family who had moved before World War One. Paul describes them as Litvaks (Lithuanian Jews) and talks about their strong Litvish (Lithuanian) Yiddish accent. His father's family came to the United States in 1905 from Belarus; his father was born in New York City in 1908 and grew up on the Lower East Side. Paul tells the story of how his parents met. His father worked for a man named Paul Bernstein who was incidentally married to Paul's mother's elder sister. Mr. Bernstein promised Paul's father partnership in the business if he married his wife's sister. Paul describes his family as large and discusses the "barrier" that existed between his father's "American" family and his mother's Jewish-Polish family. He tells the story of how his mother was often times referred to as a "Mocky" (derogatory term for "Jew"). Paul explains that Yiddish was the language of the home. He recalls reading The Forward, The Bialystoker and Der Tog in Yiddish to his mother and bobe (grandmother). Paul explains that he was especially close to his grandmother with whom he always spoke Yiddish. He retells many stories, including about her love of apples and her large earlobes. Paul also talks about the strict kosher dietary rules his mother followed and the special tablecloth she used when lighting candles on Yom Kippur. In one story, he recalls going to the movies and upsetting his mother by bringing popcorn and macaroni and cheese into the house. Paul recalls joining a left-wing Zionist youth organization, Hashomer Hatzair, at the age of 15 and finding his niche. He discusses reading on Zionism, capitalism, and communism, and singing Yiddish folk songs. Eventually in 1950 Paul persuaded his mother to let him travel to England, France, and Israel to meet cousins who had survived the Holocaust. Paul tells a particular story about meeting a young American boy, a "goy" (non-Jew) from Idaho and befriending him on the Queen Elizabeth I. Paul also recalls a lively encounter with Sholem Asch on the journey from Haifa to Marseille. Paul further discusses the construction of Jewish identity in America versus Israel and elaborates on the sharp divide in Israel between Hebrew and Yiddish. Paul remembers the feeling of having to keep his love of Yiddish "to himself" while in Israel. Paul talks about his education at the University of Toronto and Hebrew University in Jerusalem and describes his passion for teaching. He further reflects on his need to hear Yiddish in his life which led him to start teaching Yiddish in 1992 and to form a Yiddish club in Delray Beach, Florida. Paul discusses how some of his children have embraced a more religiously-oriented Jewish identity and talks about his grandchildren who speak Yiddish with a Litvish accent and how he enjoys hearing it. Towards the end, Paul reflects on the role of Yiddish in his life and how it has changed over the years. Paul characterizes Yiddish as "something that you have in your soul which makes it click." For him, Yiddish is alive when "a mother scolds her child in Yiddish." Paul offers advice for future generations by reflecting on his mother's wise words.

Paul Azaroff was born in Brooklyn, New York in 1934. 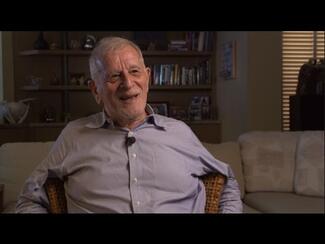 Finding the Mishpokhe in London, France, and Israel 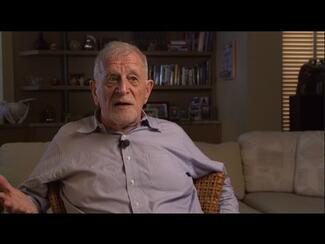 Traveling with Yiddish: A Language Shaped by Different Countries and Climates 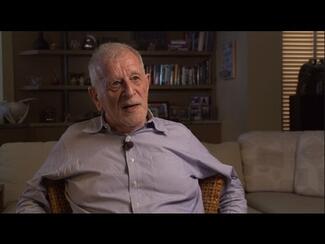 Keeping Yiddish, Learning Hebrew: Stories of Language in a Kibbutz and a Jewish Multilingual Past and Present 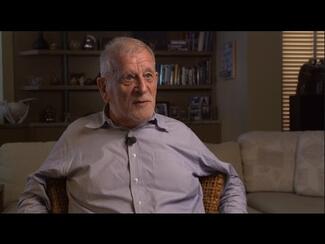 $75 from Marseille to Haifa:Fighting Sholem Asch on the Way to Israel 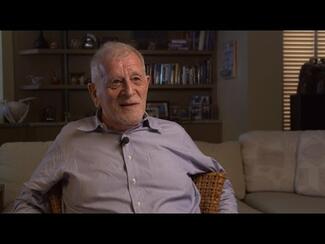 I Thought She Was Magic: Stories of My Vegetarian, Witchy, Thrifty Bubbe 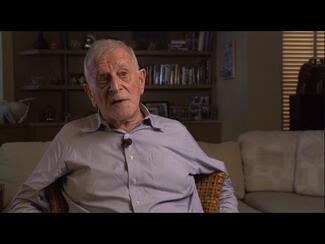 Lessons from Translating The Shopkeepers of Vilna: Distant, Vibrant Customs in Colloquial Yiddish 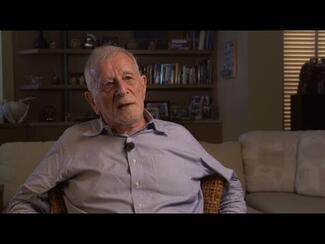 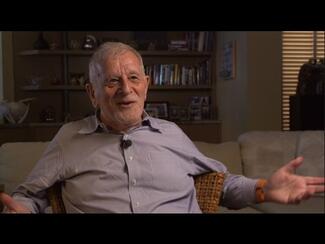 It Was All One Piece: On Finding Zionism, and Experiencing Judaism in Israel 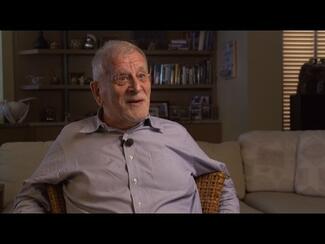 A Jewish Neighborhood, A Jewish Home: Stories of Growing Up, and Eating in New York City 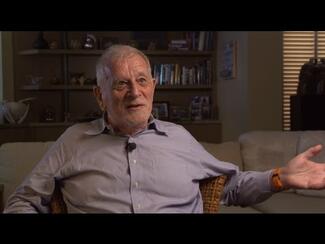 Mesmerized by The Young Guard: Radical Youth for a New Generation of the Jewish People 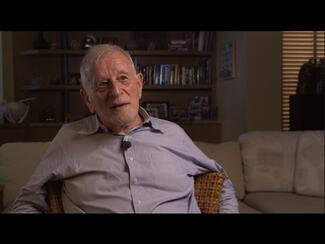 Making Love in Yiddish: On Americanized Jews and Living Yiddish 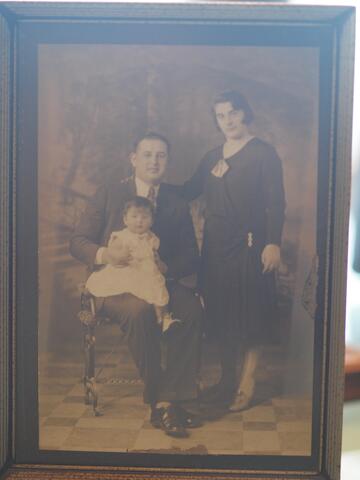 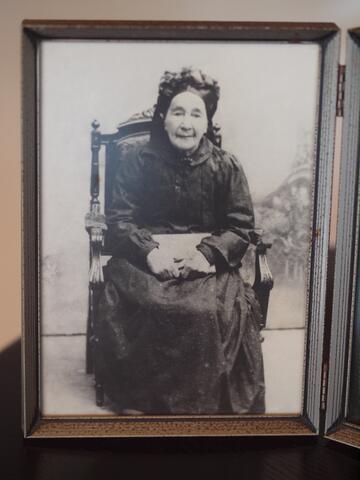 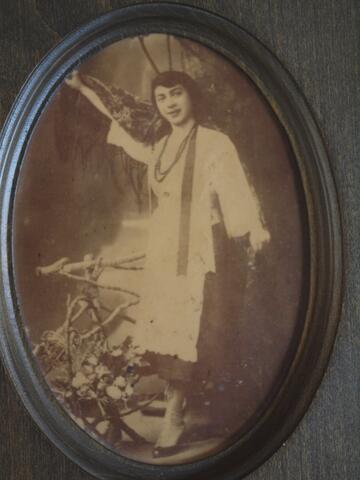 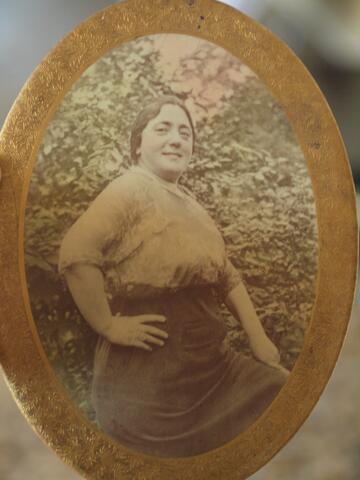 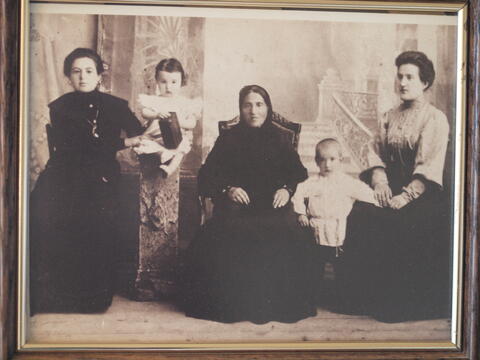 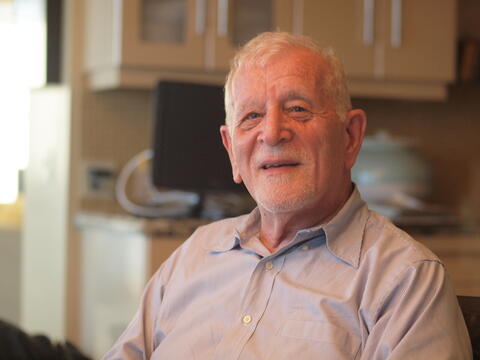 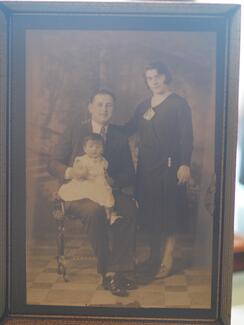 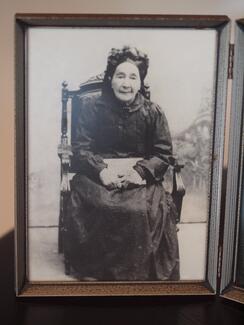 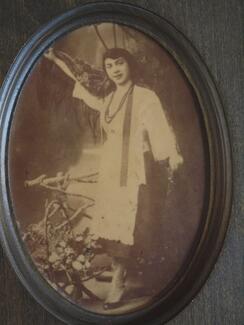 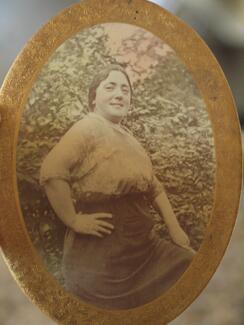 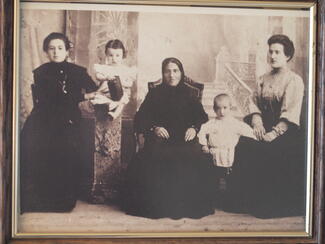 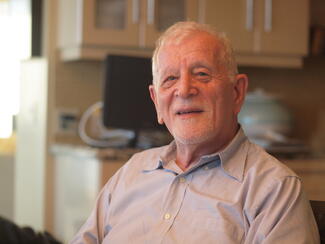