Sonia Pressman Fuentes, co-founder of the National Organization for Women, was interviewed by Christa Whitney on February 6, 2015 in Sarasota, Florida. Both of her parents were from Piltz, Poland. Sonia's maternal grandfather was an entertainer at weddings, and Sonia wonders whether she inherited her talent for storytelling from him. Neither of her parents had much of a formal education. She tells the story of their courtship and wedding: the groom almost didn't follow through with the marriage after learning that his bride's cousin had lost the dowry. After the wedding they settled in Germany where Sonia's father started as a tailor and ended up owning a men's clothing store and a large apartment house. Numerous frightening anti-Semitic incidents led the family to flee to Antwerp, Belgium in 1933 and then to take the Red Star Line to the United States. Years later, Sonia learned that a museum about the shipping line was being built in Antwerp. She wrote to the museum director and ended up being interviewed. She was then invited to visit and was taken to see her family's home in Antwerp. She became quite involved, was invited back, and ended up being the only survivor present at the museum's opening ceremonies. Sonia's parents were very different from her but loved her unconditionally. Her mother kept a kosher home and was a wonderful cook who never succeeded in teaching her daughter the skill. Her father was focused on making a living for his family and encouraged Sonia to prepare for a career. They were not particularly keen on Sonia going to college, but she was a bright student, won several scholarships, and was accepted to Cornell and then to the University of Miami Law School. Sonia strongly identifies as a feminist and is surprised that the interviewer does not ask her more about her role in the Women's Movement. She also strongly identifies as a Jew, although she is an atheist. She has recently found a humanistic synagogue where she feels at home. She is estranged from her only child but sees her work in women's rights as her legacy. Sonia loves the Yiddish language but does not use it much these days and does not think that it will survive. At one point she belonged to a yidish-vinkle (Yiddish "corner," or group) and went to conferences of the International Association of Yiddish Clubs. Sonia travelled to Germany in 1978 for the US Information Agency and arrived on the anniversary of Kristallnacht. She talks about her conversations with Germans and with a Holocaust survivor that she met when visiting Dachau. She also describes a trip to Piltz and the excitement she felt when she found her mother's birth certificate in the archives. Sonia ends the interview considering what she learned from her parents, whose lives were more insular than hers. She advises young people to find a career that they're passionate about—Sonia feels lucky to have found that in her life. 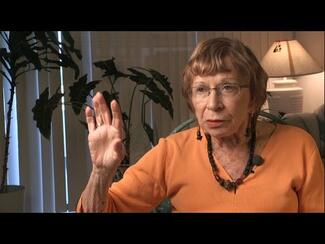 My Brother's Intuition: How We Left Germany in 1933 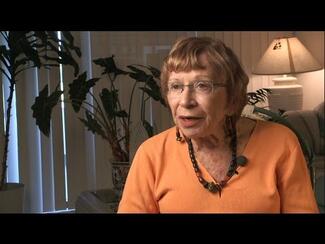 "Eh, Let It Be Already": Abortion in Pre-War Berlin 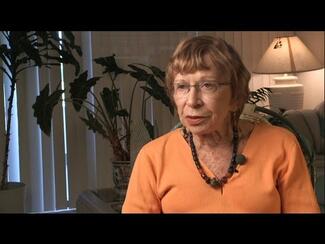 A Mother's Broken Promise, An Uncle's Gambled Dowry, A Hat Full of Bullet Holes: The Beginning of My Parent's Marriage 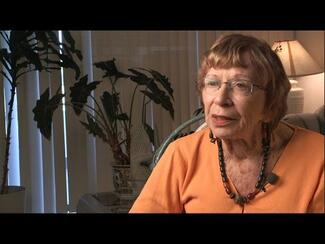 A Family Saved from Deportation by Camille Huysmans 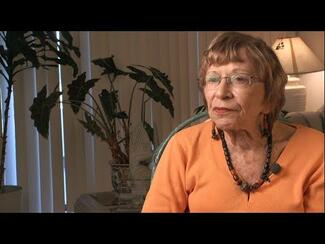 "It Never Left Me": My Return Trip to Germany 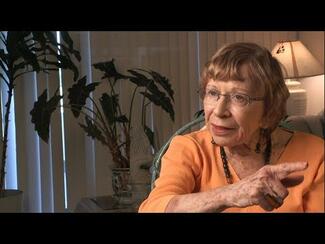 Passengers of The Red Star Line: The Only Survivor at the Museum Opening 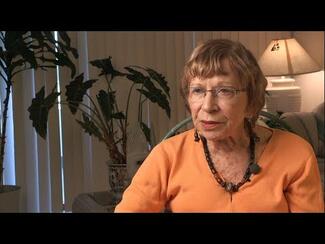 Records of My Ancestors: My Trip to Poland

Explore all 924 interviews
Since 2010, the Yiddish Book Center’s Wexler Oral History Project has recorded more than 500 in-depth video interviews that provide a deeper understanding of the Jewish experience and the legacy and changing nature of Yiddish language and culture.