Bel Kaufman (z"l) and Sherwin Kaufman (z"l), grandchildren of Yiddish writer Sholem Aleichem, were interviewed by Christa Whitney on April 1st, 2014 in New York City. They first tell the story of how their grandparents met. She was Olga Loyev, 14-year-old daughter of a wealthy landowner and he was hired as her tutor; the family was not happy about their relationship and they were forced to elope. Bel and Sherwin describe the yahrtzeit events that family and friends organize every year in memory of their grandfather, reading funny stories and enjoying a celebratory meal. The tenor of these events was explicitly stipulated by Sholem Aleichem in his will; for instance, he wanted only humorous stories read, and he wanted them read in the language understood by the majority of audience members. Bel believes that he chose the pen name "Sholem Aleichem" because he was a true writer of the people and liked the informality of the name. He wrote in a style that lends itself to being read aloud because it sounds like real people talking. Many of the stories take place in the same shtetl (small town in Eastern Europe with a Jewish community) so taken together provide a snapshot of life in that time and place. Sholem Aleichem adored his family and referred to them as "my republic." Bel and Sherwin's family life was not particularly Jewish -- there was no mezuzah on the door and Sherwin was not bar mitzvahed. Their grandparents' house was full of Russian artifacts, most of which are now in archives and museums in Tel Aviv and Moscow. Even though Bel is a well-known writer in her own right, being the granddaughter of Sholem Aleichem is always seen as a significant legacy. She learned from her grandfather to make humor out of tragedy, whether in a shtetl in Eastern Europe or in a New York City classroom as in her book, "Up the Down Staircase." Neither of the Kaufman siblings can read Yiddish and both have limited skills in the language. They agree that their grandfather's writings have stood the test of time and that people still connect to his stories because of their humor and humanity. 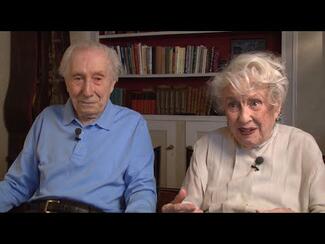 "Read a Merry Story and Remember Me with Laugher": On Sholem Aleichem's Yortsayt 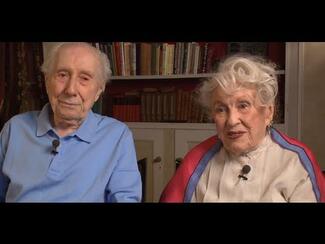 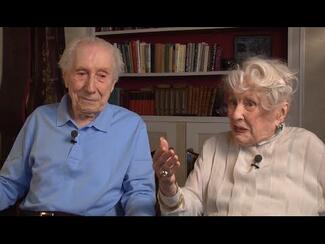 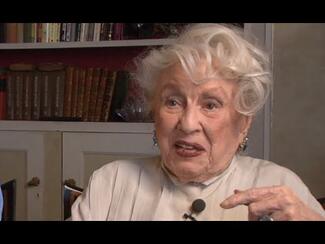