Polina Markovna Shepherd, Yiddish performer, composer, and choir leader, was interviewed by Ze'ev Duckworth on July 16, 2015 at the Yiddish Book Center in Amherst, Massachusetts. Polina's mother is Russian and Ukrainian, and her father is a Jew whose family fled from the Nazis and settled in Siberia. Her aunt has told Polina many stories of the deprivation they suffered. Many of her father's relatives died in Babi Yar. Polina's parents met at a concert where her mother was performing with the university choir. When Polina was three, the family moved to a "new city" in Tatarstan built around a large auto factory; her father was offered a university lectureship in Informatics. Although not luxurious, Polina recalls a happy childhood among friendly children of many different ethnic backgrounds – all saw themselves as Soviet citizens. Polina's family home was not Jewish in any way. At sixteen she began asking questions after learning that her father's Jewish background may have held him back at work. She started to identify as a Jew and considered marking "Jewish" on her passport, but her parents discouraged her. She left home at fifteen to attend a music college in Kazan where she felt drawn to the Jewish students. She describes the rich culture she found in the capital city, including a large Jewish community and the first klezmer band in the Soviet Union, which she eventually joined. She feels that she was lucky to come of age at a time when various ethnic groups in Russia were exploring their roots. After her secondary education, Polina continued her classical music training at the conservatory in Kazan. After completing her degree, she joined Simcha, the klezmer band, and she formed her own vocal quartet. Both groups performed around the country and in international venues. Eventually she met and married her husband and moved to Britain. Polina grew up in a musical family and always knew what she wanted to do with her life. She talks about some of the musicians who inspired her, including Mozart and Mahler, but also Adrienne Cooper, Zalmen Mlotek, Frank London, Lawrence Glamberg, and her husband clarinetist Merlin Shepherd. She recalls many meaningful experiences such as doing workshops and performances of Yiddish songs with a church choir in Iceland and with a group of elderly Yiddish speakers in Sao Paolo, Brazil. Polina feels that global interest in Jewish music has peaked and that a "cultural revival" is unlikely for various reasons. She does feel that performing artists play a large role in cultural transmission and that festivals allow specific interested groups to connect with a culture that was much more vibrant in the past. Polina tries to break boundaries and bring joy by sharing Yiddish music with as many people as possible. She is concerned, however, that many Jews see Yiddish as a language associated with the Holocaust and death. She suggests some of the reasons that more young people are interested in Yiddish. She feels that such folks tend to be attracted to the language because of their politics or interest in social justice or membership in a marginalized group. Polina has never been to Israel and contrasts Germany and Israel in terms of interest in Yiddish music. She ends by talking about Simcha, the klezmer band, performing for Boris Yeltsin and his wife in Tatarstan and teaching nigunim [wordless Jewish melodies] to a hundred Ukrainians in a large field at a Ukrainian festival. She advises aspiring artists to listen to their heart and to be their genuine selves. 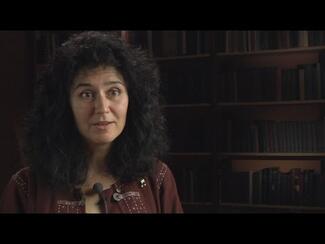 Teaching Nigunim in the Fields of Ukraine: Performances at a Ukrainian Music Festival 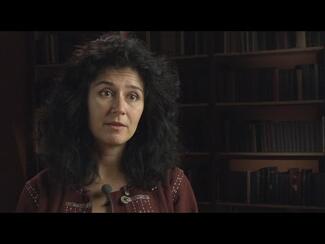 Childhood Stories from her Father: Escaping Kyiv and Experiences in Siberia 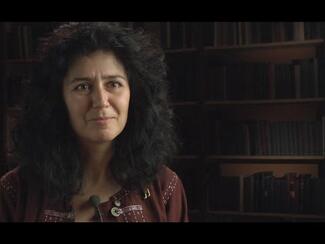 "I Kind Of Miss That TIme": Growing Up in the Soviet Union 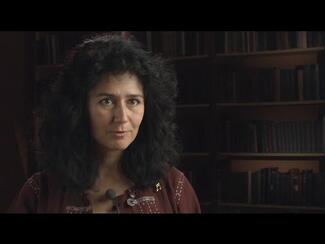 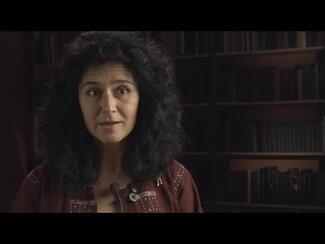 On Feeling Different and Developing A Jewish Identity

Secondary Education in Kazan and Research on Jewish Music in Tatarstan 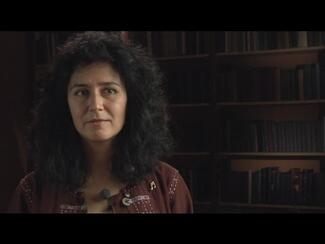 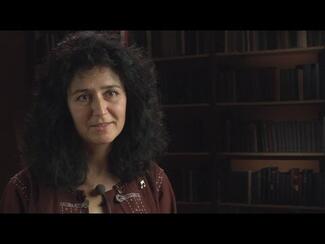 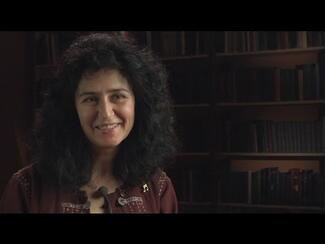 The Challenges of Teaching Yiddish Music 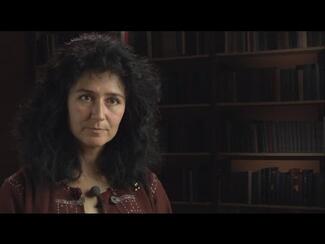 The Place of Yiddish Within Jewish Culture 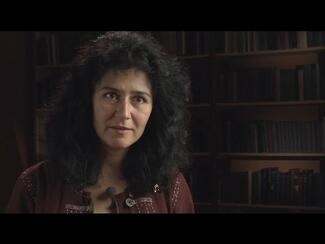 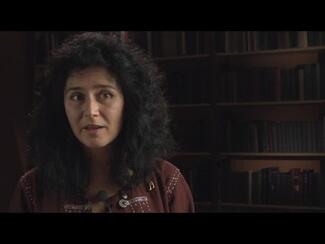 "They Hadn't Heard Anything About Yiddish or Klezmer": Bringing my Music to Iceland 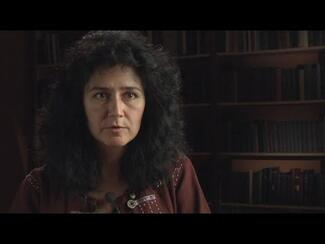 Teaching and Performing for Yiddish Speakers in Sao Paolo