Jack Hoffinger, z"l, attorney who grew up in the Bronx and Coney Island, was interviewed by Christa Whitney on December 28, 2015 in his home in New York City. He begins the interview by describing his maternal grandparents' life in Warsaw, Poland. His grandfather owned a successful business and was fairly well-to-do. His grandmother convinced him to emigrate to America due to rising anti-Jewish sentiment; her siblings who stayed behind were all murdered by the Nazis. In America they lived in poverty, starting on the Lower East Side. Jack grew up speaking Yiddish, and as a young child was basically raised by his grandparents in the Bronx and in Coney Island, Brooklyn, because his parents were separated and then divorced. He explains that he grew up on the streets and recalls how he was often in trouble. He reflects on how wise his grandmother was and sees now how much she influenced him. For instance, he attributes his and his wife Bunny's significant charitable giving to lessons that she taught him. Jack talks about always strongly identifying as a Jew, although this identification didn't always relate to religious observance. He remembers encountering anti-Semitism as a child and in the army. When Jack was eleven, his mother remarried a man who was a communist. Although they had their shortcomings as parents, they instilled in Jack the belief that he could do anything he wanted to do. His stepfather opened a bicycle shop where Jack worked; he tells many stories about his experiences there. Jack attended City College and then Yale Law School on the GI Bill after serving in the Infantry. He became a criminal lawyer and has had a very successful career. Jack now regrets arguing with his ultra-Orthodox grandmother about religion and their various conflicting beliefs; she believed, for example, that the Holocaust was God's way of punishing his "chosen people" for their sins. He ends the interview reflecting on the difference between the concept of Yiddishkayt and religious observance and is satisfied with the choices he and his wife have made. 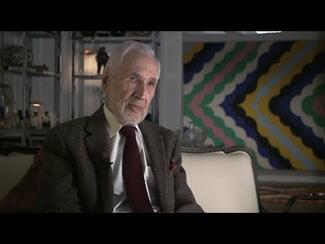 On Jewish Identity and Growing Up With Anti-Semitism 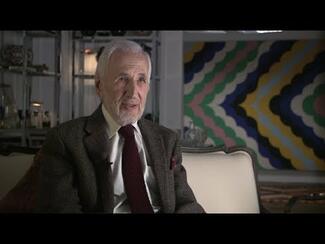 The Relationship Between Jewish and Yiddish 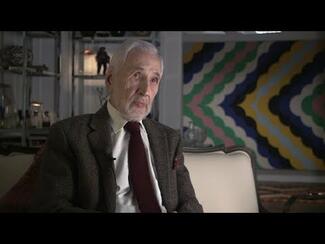 Ethnically Divided Neighborhoods: Growing Up on the "Irish West Side" then Coney Island