Daniel Weltlinger, violinist, was interviewed by Agnieszka Ilwicka on May 9, 2016 in Wroclaw, Poland. Daniel was born in Sydney, Australia in 1977 and was raised in a traditional Jewish family. Daniel's maternal grandfather was a violinist and a member of the French resistance. His maternal grandparents met in Morocco and came to Australia with Daniel's mother because of an uprising against French colonial rule. His father was born in Hungary and moved to Israel with his adoptive parents; they eventually emigrated to Australia as well. Daniel describes growing up in a very European, Jewish "cocoon" within Sydney, surrounded by creativity and music. However, his parents separated when he was twelve and there were few connections with relatives, neighbors, or friends. Daniel attended Bnei Akiva, a religious Zionist youth group, although he was not very religious. He was educated at Jewish schools and attended the Sydney Conservatorium every week for many years, playing violin in youth orchestras and performing solo. While pursuing strong classical training, he was also playing traditional folk tunes in bands. Daniel is not very proficient in Yiddish, although he did grow up hearing the language and is performing more Yiddish music and delving more into the language since he moved to Berlin. His love of Yiddishkayt came mainly from family, especially his mother who has a big personality. He talks about why he decided to move to Europe, in part to explore and carry forward his family heritage. He met his main music collaborator, Karsten Troyke, after his mother saw him in a film about klezmer and Yiddish music. He was already traveling often to Berlin to meet with his friends in the Reinhardt family, famous Gypsy music-makers. In 2009 he was touring with the electronic, hip-hop band Asthmatix; since a long relationship had just ended, he was at loose ends and decided to relocate to Berlin. Daniel and Karsten recorded several CDs together while Daniel was laid up at Karsten's house with a broken ankle. He feels intensely connected to the kind of music he is playing now and feels grateful to live in what he perceives to be the German version of "Yiddishland." Daniel has performed the music of many different cultures and genres with many different bands. He loves Jewish music, but his primary goal is to find beautiful music that speaks to his soul. He takes out his violin and plays "Rozhinkes mit Mandelen" [Raisins and Almonds] in honor of his mother, and he plays a piece from his grandfather's repertoire. Daniel does not believe that Yiddish is dying and is proud to be seen as part of the "Yiddish Revival." He is an advocate of taking the essence of the music and then creating something new with it. He would not call himself an activist but does see himself as someone who uses music to try to heal people. He uses the analogy of picking up and putting together shards of glass that were broken in the past to create something respectful but new today. Nationalism divides people. The important thing is to break down barriers while continuing to value the beautiful traditions of individual peoples. His advice to aspiring musicians is to always play from the heart and not give in to commercial or other pressures.

Daniel Weltlinger was born in Sydney, Australia in 1977. 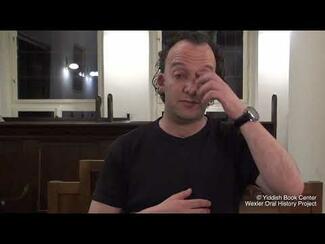 Growing Up in Sydney, Australia in a European Cocoon 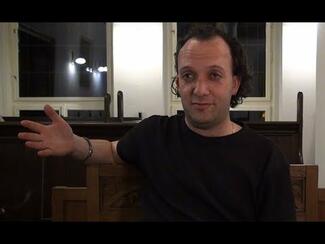 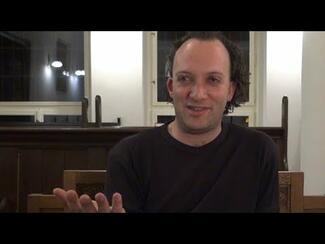 A Tight-Knit Community of European Musicians in Berlin 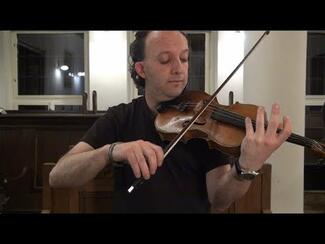