Arnold Zable–Australian author, human rights activist, and son of Yiddish-speaking immigrants–was interviewed by Christa Whitney on February 10th, 2017, in Melbourne, Australia. All four of Arnold's grandparents grew up in towns near Białystok; he tells their stories in a book about his trip to Poland called "Jewels and Ashes." His parents rejected religion and became members of the Bund. They were focused on socialism, Yiddishkayt, and the pursuit of a good life in their homes of origin and not on Zionism. Arnold surmises that his idealism and ability to relate to people – especially refugees – of many ethnicities and cultures comes from growing up with Bundist values. Arnold's parents settled in New Zealand and then in Carlton, a working-class suburb of Melbourne, Australia prior to World War II. His mother suffered terrible guilt because she was not able to get the rest of her family out of Poland. Carlton had a Peretz shul and a summer camp for youths which was organized by the Jewish Labor Bund. There was also the Kadimah, with a stage for Yiddish theater which served as the center of Jewish cultural events for thirty-five years. Years later, Arnold took Yiddish actor Shane Baker to the Kadimah, where they both sensed the presence of ghosts from the Yiddishist past. Arnold's mother was originally a singer of Yiddish songs with a vast repertoire. Her mental health became fragile after the Holocaust and her rages and periods of withdrawal were difficult for her sensitive son. His father struggled to earn a living; his real interest was Yiddish poetry. After retiring from selling socks and stockings at the Victoria Market, he found joy in gardening and writing Yiddish poetry, which he published in the remaining Yiddish outlets of his time. Arnold is very involved in the Australian writing community as well as in activism relating to refugees and human rights. He reflects on how immersed he was in Yiddish language and literature as a child and how stepping into the Kadimah Library was like stepping into another world. Arnold describes his meandering route to who and where he is today. He taught and worked in Papua New Guinea, India, and China and studied with Margaret Mead at Columbia University before getting a doctorate in creative writing. Although his horizons were broadened by his travels and interactions with all types of people, he can still see his connection to the shtetl and to the Bund. Arnold became involved in the "Yiddish revival" in Australia, writing for Yiddish stage presentations of various kinds. He is sure that creating new work is the way to keep the language and culture alive. He feels that a background in Yiddish and Yiddishkayt enabled him and others to understand the need for preservation of aboriginal languages and to relate to the stories of immigrants from all over the world fleeing political horrors today.

Arnold Zable was born in Wellington, New Zealand in 1947. 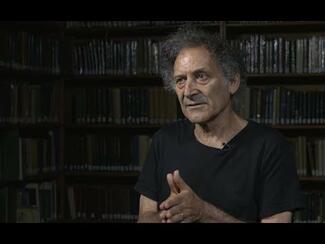 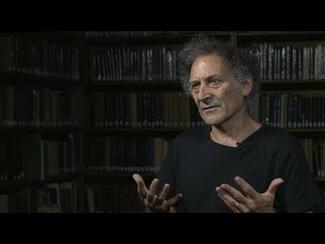 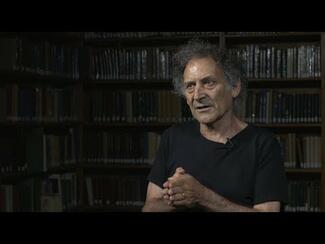