A 1927 Anthology Gave Female Yiddish Poets Their Due

When I first began studying Yiddish literature, I was confused by the way it seemed to have gone through multiple stages of development simultaneously. Literary movements would be established with great flourish, only to be quickly discarded and replaced with newer ones (sometimes hard to distinguish from the older ones, but meyle, so be it). Manifestos came and went in dizzying succession, all within a few years rather than decades or generations. It was a while before I understood how this came to be: modern Yiddish literature came late to the party and had some catching up to do.

One way the Yiddish literary world marked its territory was with anthologies. There were literary collections (zamlbikher) as early as 1898, often presented to readers as an introduction to an exciting new trend or group in modern literature. Then in 1917, a different kind of anthology appeared: poet Morris Bassin’s mammoth, two-volume Antologye: finf hundert yor Yidishe poezye (Anthology: 500 Years of Yiddish Poetry).

Anthologies of national literatures seem to spring up at moments when a nation’s idea of itself is in flux. At these moments, an acknowledged tradition and lineage provide a kind of legitimization; in difficult times, the formation of a canon can inspire national consciousness.

Bassin’s title alone tells us his anthology embraces its role as a fixative, applying order to a messy literary history full of false starts and uneven evolution. Its bulk suggests a literature overflowing with creative energy. It covers ninety-five poets, beginning with fifteenth-century Central European devotional poetry, moving east to the Slavic homelands at the same time as the Yiddish language itself, and then dispersing throughout the New World. Bassin awards himself the final spot in the book, with a shockingly generous seven pages of material (most of his contemporaries get one or two). As a still-young writer (he was not yet thirty), Bassin had every right to consider himself the inheritor of the Yiddish literary tradition, a tradition he himself was defining. And Bassin, although not of top rank, was a perfectly fine poet. Yet there is something telling in the chronology of the book, beginning with traditional learning in historic Ashkenaz and ending with the young poet/editor in New York looking back at the regions then mired in World War I, inaccessible and perhaps lost. The Yiddish word flows in one direction, according to this vision; its end point is obviously American, male, the inheritor of the rabbinic tradition.

The steady stream of anthologies didn’t cease in the wake of Bassin’s seemingly exhaustive monument to Yiddish literature, but they perhaps became more specific. The extraordinary poet Anna Margolin edited a sort of snapshot chapbook of American Yiddish poetry of the year 1923. Another poet, Ezra Korman, then in Kiev, edited a collection of revolutionary poems from the Ukraine. The anthologies of these years seem almost to be trying to break out of Bassin’s mold: no sooner has the canon been formulated than it is already too small and constricting.

Korman in particular seems to have understood that a central feature of Yiddish was its lack of territoriality, perhaps because he settled in Detroit rather than New York and was most closely aligned with other figures from smaller Jewish centers, such as the publisher L. M. Shteyn in Chicago and poet Alter Esselin in Milwaukee. These corners of the Yiddish world could easily be forgotten; in addition to laboring in a minority language, with little chance of seeing any financial benefit from their creative output, these writers and publishers had to work hard simply to assert their existence in the New York–dominated world of Yiddish letters. Among Korman’s later projects was an anthology called Mitvest-mayrev—a play on the Yiddish term mizrekh-mayrev, “east to west,” but in this case meaning “Midwest to Pacific Northwest,” areas not usually on the Yiddish radar. His journal Heftn was based in Detroit and Montreal—he was more interested in forging connections with other outlying cities than in engaging with New York.

Korman’s great intellectual breakthrough was his understanding that Bassin’s anthology impoverished Yiddish literary history through another kind of historic erasure: of Bassin’s ninety-five poets, only eight were women, and of those eight, only one (Fradel Shtok) was represented by a significant number of poems. Korman was determined to remedy Bassin’s omissions. He had two advantages: His anthology came a decade after Bassin’s—a decade in which many more women began publishing. And he was generally more expansive in his view of what constituted the Yiddish poetic tradition. Perhaps he saw a need to catch up with world literature, too; there was already a century-long tradition of women’s poetry collections in English, French, and German, and Korman, multilingual like most Yiddish writers, may have been familiar with these anthologies.

Korman’s anthology, published by L.M. Shteyn in Chicago in 1927 as Yidishe dikhterins (Jewish Women Poets), was likely modeled on Bassin’s. It directly mimics the schematic organization of material, beginning with the earliest known women’s devotional poetry in the middle of the sixteenth century. It moves roughly chronologically, introducing each writer at her first known date of publication. The book clearly marks its territory, simultaneously uncovering and creating a tradition, or perhaps a counter-tradition, that would animate a different part of the collective unconscious.

But there are significant differences from Bassin’s volume, too: Korman’s is a much prettier book. Unlike in Bassin’s crowded pages, there’s never more than one column of poetry on a page, and the author biographies are sequestered at the back of the book, where they don’t crowd the poems themselves. A majority of the authors are represented with tipped-in photographs, an enormously time-consuming process of hand-affixing material in each copy of each book, enabling the photos to be printed on glossy paper and giving the book a charming, old-fashioned feel. The pages are sturdy, pleasingly thick, and feature deckle edges—a feathery way of imparting a soft feel as the reader turns the page that hearkens back to the era of handmade paper. The title page and cover type were hand-lettered by artist Todros Geller. The book seems to treat the poems with reverence, making a beautiful bed for them to lie on.

For this, Korman had L. M. Shteyn to thank. Maker of some of the most beautiful books in Yiddish publishing history, Shteyn did not stint on the anthology. He liked books to be beautiful, and he was willing to lose money on them. Printing 1,500 copies of Yidishe dikhterins was certainly a money-losing proposition and would have been so even if the book hadn’t been panned—but it was. Reviewers derided Korman and gave the project the kind of treatment women’s art usually evoked. There’s no indication that Korman was dissuaded by this reception. He continued his efforts to support lesser-known writers, putting translating, editing, and publishing the work of others before his own writing. Shteyn, who was early in his own career as a publisher, lost a bundle, complained, and carried on producing unprofitable, beautiful books until 1949.

For the modern reader, Yidishe dikhterins is a surprising book. The sheer number of women poets—about seventy, all but four of them writing between 1888 and 1927—is astonishing. And the range of topics is exhilarating. The women write about a spectrum of existential questions and are given plenty of space in which to do so. Simple nature poems may feature blooms, harvests, ripeness, overripeness, rotting, reaping; they crawl with worms and spiders, buzz with flies and mosquitoes. A dress may be redolent of death. Children offer joy and elicit fury. Is that an abortion Roza Gutman considers? Is that depression Rashel Veprinski turns over and over in her hand? To read this collection is to see women in complex relationships with themselves and the world, varied and yet with so much connecting them. As scholar Heather Valencia has noted, “The emotional and ethical problems faced by young writers breaking away from the traditional religious family background were arguably greater for women, and the consciousness of breaking taboos even sharper.” If you read enough of their poetry, you start to see everything as problematic, contingent, fraught, confusing, or paralyzing. It’s fantastic.

Korman must have combed thousands of pages of Yiddish periodicals to locate all the writers he included. The majority had not yet been published in book form; many of them never were. About a third of them, Yiddish poet and scholar Kathryn Hellerstein has estimated, only wrote for a short period of time, then fell from sight. At least one writer refused to be included: Malka Heifetz-Tussman objected to the segregation of women into their own anthology. Otherwise it is hard to find even one woman poet writing at the time who is not represented by at least one poem. Korman also seems to have had a good ear for the lasting voices: the women we now think of as central to Yiddish literature—Margolin, Molodowsky, Dropkin, Korn, Shumiatsher, Ulinover, Lee, Maze, and Shtok—are all given generous room. Korman’s knack for identifying these significant voices was so uncanny that when I come across a writer I’m not familiar with but to whom he’s devoted significant space, I read her work extra carefully, and I usually find something there well worth my time.

Perhaps because it remains such an unexpected storehouse of treasures, Yidishe dikhterins has become a collector’s item. I got my pristine copy for $15 from a Hebrew bookseller who didn’t know any better, the poor shnook. That was before online resources made price comparisons so easy. At abebooks.com now, Yidishe dikhterins starts at $100 and goes up—way up—from there. The price is not driven by a lack of accessibility; the Yiddish Book Center added it to its free online digital library back in 2000. I don’t even use my copy for reading or doing research. Many of its pages are still uncut, and I use the digital version when I need to actually read it. This could be neurosis, or it could be the reader’s version of Shteyn’s impulse to honor the work with beautiful books. I am keeping my copy very beautiful.

Yidishe dikhterins is now considered Korman’s most lasting contribution to Yiddish literature. It is also perhaps the best known of forty or so books that Shteyn produced. Neither of them got much joy from it at the time. It’s not clear that the writers gained much themselves, either in prestige or publicity, from being included. But in the long run, the book has proven to be an invaluable resource for the study of Yiddish literature. If I had one book to offer my younger self when I was beginning to study Yiddish, it would be this one. Not that it would make the Yiddish literary world any less confusing. On the contrary, it is the way it complicates the story even further that is its greatest strength.

Faith Jones is head of Reference and Information Services at New Westminster Public Library and adjunct professor at the School of Library, Archival, and Information Studies, University of British Columbia. She was a 2015 Yiddish Book Center translation fellow.

Become a Member
Previous article: The Storied History of Yiddish Publishing
Next article: A Portable Library for Polish Jews
Share 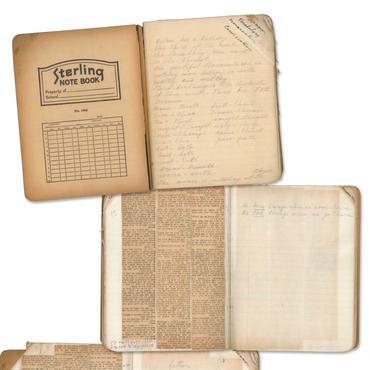 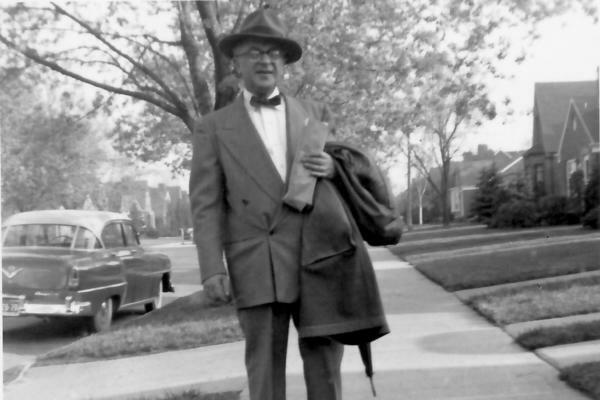 The life and afterlife of a little-known writer 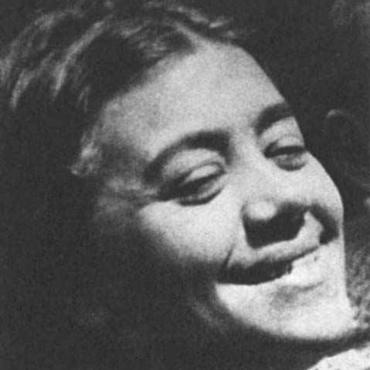 Faith Jones on the "fierce and uncompromising" Celia Dropkin