"Dropkin is fierce and uncompromising."

Why indeed? It’s scary reading Dropkin, sometimes. It’s like seeing an accident and looking away, then back, then away. Dropkin is fierce and uncompromising, immediate and compelling, a radical thinker about women, the body, the conditions of love. She is disgusting. She is intimidating. She is open, and cruel, and cruelest to herself. She is in love with the idea of love, yet certain that love is always fraught, contingent, and humiliating.

Celia Dropkin was born in 1887 in Bobrusk, Belarus. She was poor, especially after the death of her father when she was still a child. Her family was dependent on rich relatives; she hated dependency, but it allowed her a gymnasium education, something not even rich girls could count on. Her intellect saved her. She loved Russian poetry and the new Hebrew literary movement. She started writing Russian poems of her own. She lived on the Left, married an activist; they moved to America in 1912, and who cared about Russian there? Yiddish was where it was at. The avant-garde, the bohemian life, the creative ferment was in Yiddish. Flexible, she switched to Yiddish. She translated her Russian poems into Yiddish, and then a flood of new poems came. She wrote through her pregnancies (she had six; five children survived), through her marriage, through her affairs, through her travels up and down the East Coast. She published a collection of poems in 1935.

The critics skewered her. They were all men. She was all wrong. She wrote about sex and bodies—women’s bodies. A man’s passion is noble; a woman’s is embarrassing. She was unafraid and a woman.

She did not touch on any world problems. She did not bring forth any of her own unique thoughts. She sang her song from her body, from her longing for love, for flowers, for play, for death.” This is a quote from a memorial essay by Argentinian critic Yankev Botoshansky. That’s right: the woman had just died, but still they were reminding us that she was all wrong.

“She has talent,” but “even her illusions can’t get away from her body—her body won’t let up,” read B. Rivkin’s book review in Tsukunft—the very journal in which many of the poems had first appeared.

The most important Yiddish literary critic, Sh. Niger—you may be thinking, “Surely he appreciated her modernist brilliance, her fabulous rebellion against strictures of both society and literature?” Afraid not. He found her “oppressively personal.” Yankev Glatshteyn, the great poet, thought her work was “uninhibited diary jottings.”

She resented this, we know from her papers at YIVO. She never expressed it publicly. How could she? Her, against Niger, Glatshteyn, Rivkin, all of them? She knew they loved the idea of her failure. But she would not give up audacious literary experiment. Her most famous poem, Tsirkus dame (The Acrobat), embracing deadly failure—was this her response to her critics? Revenge, even?

I am an acrobat,
and I dance between daggers
erected in the ring
tips up.
My lithe body—barely
touching the blades—
eludes death-by-falling.

They hold their breath
when they watch me dance,
and there is always
someone praying for me.
The tips shine in a fiery
circle—no one knows
how much I’d like to slip.

I’m tired of dancing between you,
cold steel daggers.
I want—my blood warming
your bare tips—
to fall.

Dropkin kept writing until 1943, and then she stopped. We don’t know why. Was it being cut off from Jewish life in Europe that killed her poetry? Was it the death of her husband, her one constant (and, of course, contested, difficult) love in a sea of tumultuous relationships? Did she see the end of Yiddish literature on the horizon? She started painting. She painted until her death in 1956 of cancer, a painful but not lingering death.

Her children put out another edition of her works. They included most of her poems and some of her stories—not really her forte, but still arresting: her imagery packs a punch. She received her first positive review for this book, too late.

But through the years, we’ve found her. Poets and scholars and Yiddishists and singers. Women and men. We’ve found her book or a poem here or there, and her language has struck us the way it must have struck her critics. But instead of recoiling, we fall in love. Three of us translators fell in love, and we worked for more than a decade to bring into English what we fell in love with. This book, we did it to thank her.

Why read Dropkin? To become enraged, to be inspired by the audacity and potency of her words, to cringe at the grotesque, to acknowledge the dark side of desire. To remember why we read poetry.

Faith Jones is head of Reference and Information Services at New Westminster Public Library and adjunct professor at the School of Library, Archival, and Information Studies, University of British Columbia. She translated "The Acrobat" with Jennifer Kronovet and Samuel Solomon. The poem is reprinted from The Acrobat: Selected Poems of Celia Dropkin with permission of Tebot Bach Press. 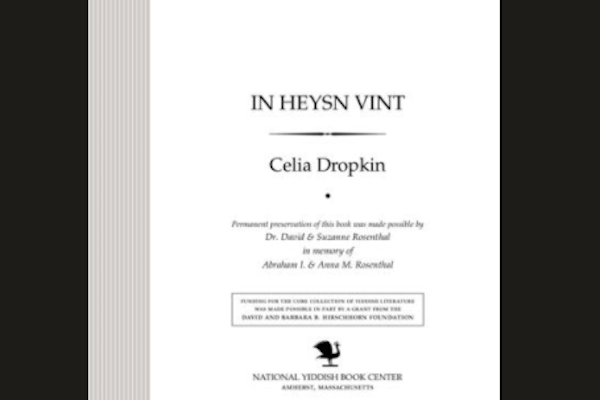 A book of Celia Dropkin's poetry in our Steven Spielberg Digital Yiddish Library. 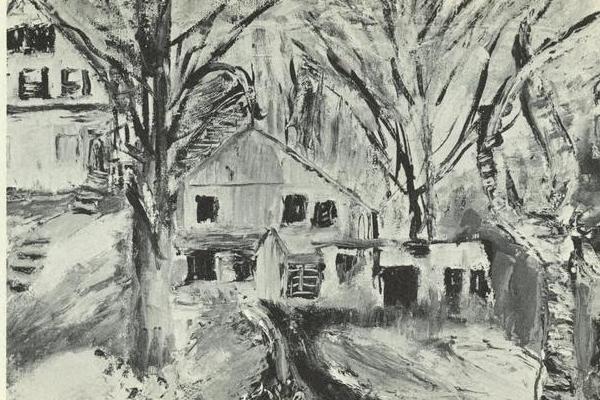 A collection of Dropkin's little-known watercolor and oil paintings 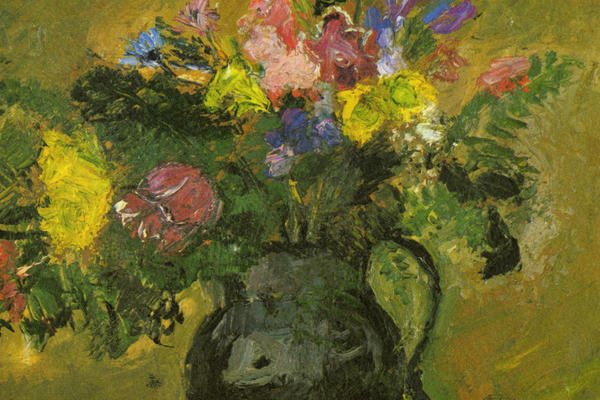 In her final years, the poet replaced her pen with a paintbrush.