The Four Corners of the Earth: Yiddish Around the World

Why did the editors of the 1954 Britannica World Language Dictionary decide to include Yiddish as one of the seven most widely spoken languages of the Western world? Even before the Holocaust there were never more than 11 to 13 million Yiddish speakers, and, by the time the dictionary appeared, fewer than five million remained. The reason for including Yiddish lay not in numbers but in geography: rarely has a single language been spoken or published over such an immense portion of the globe.

Yiddish originated approximately 1,000 years ago in the Rhineland region of what is now Germany and gradually made its way eastward. But, by the second half of the nineteenth century, economic displacement and political persecution led to migration in the opposite direction, as Yiddish-speaking Jews fled their homes and sought refuge in whatever countries would have them. Two and a half million came to the United States, while others ended up in Israel, Germany, France, Canada, Mexico, Cuba, Venezuela, Brazil, Argentina, Uruguay, Chile, Peru, South Africa, Rhodesia, Australia, and China.

Wherever they went, Yiddish-speaking Jews brought Yiddish with them, and they soon began publishing Yiddish books in their adopted lands. The books we receive bear places of publication me-arbe kanfes ha-orets—from the four corners of the earth.

Yiddish Around the World

Professor Samuel Kassow reflects on the significance of the Yiddish series "<em>Musterverk</em>." For many Jews who left their homes in Eastern Europe, Kassow notes, using Yiddish was a way of remaining Jewish.

A few selections from our collections highlighting Yiddish's global reach

In his essay "The Hotel That Doesn’t Exist: Wandering Books and Wandering Jews," Eitan Kensky reflects on how a trip to Mexico City to rescue Yiddish books resulted in the uncovering of a fascinating novel published in Montevideo, Uruguay. The journey of the actual manuscript of the novel itself reflects the global expansiveness of Yiddish: it “was shipped out of Nazi-occupied Paris, wandered to the south of France, and across Spain and Portugal, to the English censor in Trinidad. After a journey of several years, it arrived here [in Montevideo].”

In this clip from the Wexler Oral History Project, Marlyn Butchins, a quilting artist who grew up in Bulawayo, Rhodesia (now Zimbabwe), describes Jewish life in Bulawayo during her childhood and her family's participation in synagogue services and Jewish rituals.

In the Winter 2016 issue of Pakn Treger, Zachary Baker writes about the history of Yiddish publishing around the world.

This From the Vault article by Center fellow Rebecca White looks at the not-so-surprising connections between Japanese and Yiddish literature.

This online lecture series on the Jews of Latin America—free for a limited time—features scholar and writer Ilan Stavans examining questions such as: Who are the Jews of Latin America? How have their lives and cultures been shaped by the history of Jews in Spain and Portugal, Russia and Poland? What is their place in the societies of South and Central America today?

The Four Corners of the Earth: Yiddish Around the World 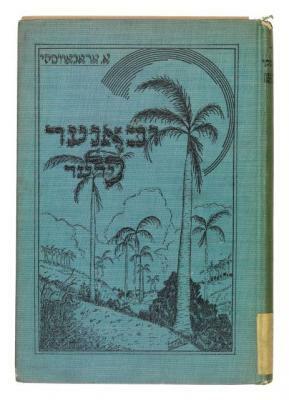 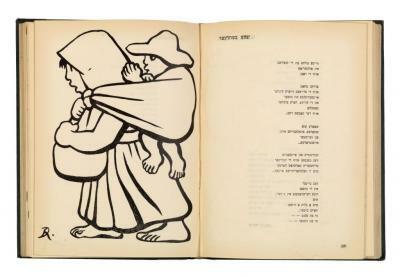 Description:
Yitskhak Berliner. Mexico, 1936. Shortly after his arrival in Mexico City, Berliner became active in Mexican literary and artistic circles. This volume is illustrated by his friend Diego Rivera. 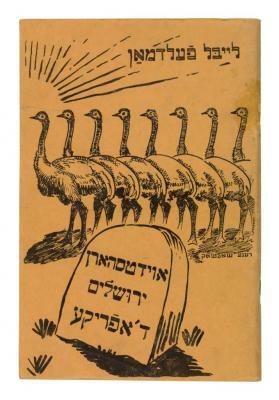 Description:
Leybl Feldman. Johannesburg, 1940. Oydtshorn yerusholayim d’afrike (Oudtshoorn, Jerusalem of Africa) is an account of life in a commune of Yiddish-speaking ostrich farmers in South Africa in the 1920s—a time of worldwide demand for ostrich feathers in the making of women’s hats. 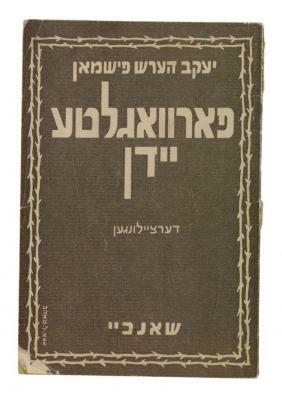 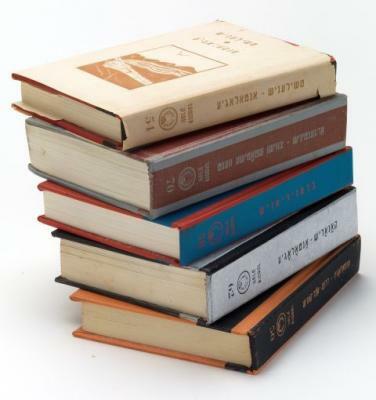 The editions were intended primarily for high school students and some of the texts are not considered reliable for scholarly research.