To counteract tsarist cultural imperialism and simultaneously spread socialism, the Soviet Union initially supported the cultures of many of its ethnic minorities, including Jews. It named Yiddish the Jews’ official language and sponsored Yiddish theaters, schools, courts, newspapers, colleges, and universities.

Soviet Yiddish writers like David Bergelson, Peretz Markish, and Der Nister, theatrical artists like Solomon Mikhoels and Benjamin Zuskin, and visual artists like Marc Chagall and El Lissitsky incorporated the most current trends in European modernism—impressionism, expressionism, constructivism, and futurism—into their work. But they also functioned in a Communist universe where culture was a means to the end of social transformation. This combination of radical experimentation and ideological drive defined much of Soviet Yiddish culture in its first twenty years.

Professor Samuel Kassow explains why the Soviet Union encouraged Yiddish as a language and literature during the 1920s.

By the late 1930s, urbanization, linguistic assimilation, and decreasing support by the state led to the decline of Soviet Yiddish culture. But during World War II, even as the Holocaust raged in areas under German occupation, those bearing witness produced an outpouring of Yiddish literature in response to the unfolding tragedy. This was short-lived, however. After the war, the state undertook an anti-Semitic, anti-cosmopolitan campaign that destroyed the culture it had once supported. The attacks began in 1948 with the murder of the head of the Yiddish theater, Solomon Mikhoels, and culminated on August 12, 1952, with the execution of the leading lights of Soviet Yiddish literature.

After Stalin’s death, Yiddish culture reappeared in occasional publications, like Sovetish Heymland (Soviet Homeland), and in concerts and theater productions like those of Yuri Sherling’s Jewish Chamber Music Theater. And despite a century of violence and acculturation, one can still pull into the train station in Birobidzhan—the Jewish Autonomous Region in the Russian Far East—and see the same Yiddish letters that greeted early migrants from the 1930s.

Yuri Vedenyapin describes the foundation and history of <em>Sovetish Heymland</em>, a Yiddish monthly magazine, which was produced from 1961 to 1991. It was filled with “shameless Soviet propaganda” and “anti-Jewish vitriol” but also beautiful designs and illustrations. 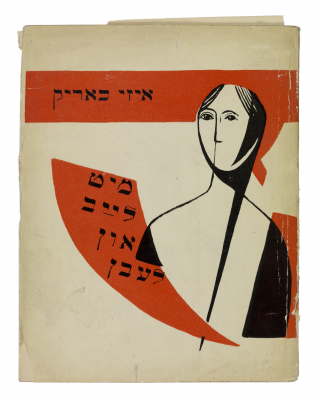 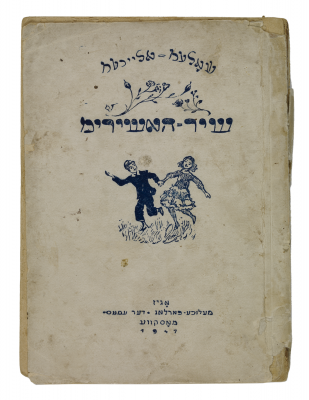 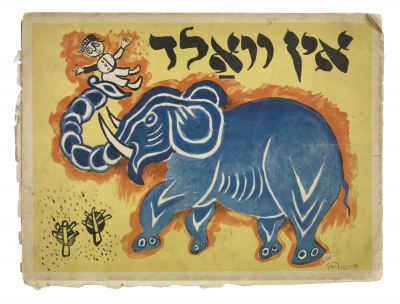 Title:
In vald (In the Woods)

More on Soviet Yiddish from our collections

The Romance And Tragedy of Soviet Yiddish Culture, with Professor David Shneer—one of our English-language lecture series, free to stream and download for a limited time.

English translations of two poems by Rokhl Korn; the second is dedicated to her friend, Soviet Yiddish theater luminary Solomon Mikhoels, whose murder by Stalin’s forces in 1948 marked a new era for Soviet anti-Semitism.

On The Shmooze, Josh Price reads an excerpt from Chaim Grade’s elegy for the Yiddish writers executed under Stalin’s regime—“Ikh veyn af aykh mit ale oyses fun dem alef-beys” ("I Weep for You With All the Letters of the Alphabet").

A Wexler Oral History Project clip in which Iosif Lakhman, native Yiddish speaker born in the the Soviet Union, recounts how he did not learn about Stalin's murder of Yiddish writers until much later.

A translation by Harriet Murav and Sasha Senderovich of the first chapter of David Bergelson’s Mides ha-din (Strict Justice), published in 2017 as Judgment. Bergelson was one of the Soviet Union’s most prominent Jewish intellectuals and writers.

From our audio collection: a recording of a “Meeting on the subject of Soviet Jews, with Esther Markish,” in 1973 at the Jewish Public Library in Montreal.