In the wake of the destruction wrought by World War II, how did survivors confront the devastation now known as the Holocaust?

Many turned to books.

The earliest firsthand accounts of the khurbn, the total destruction, were written while the war was still raging. In 1943, the Lodzsher yizker-bukh, the Lodz Memorial Book, appeared in New York City, the first of hundreds of community memorial volumes to be published by landsmanshaftn, mutual aid societies formed by immigrants in America, Israel, and elsewhere.

Yizker-bikher documented every aspect of prewar life in the vanished communities, from photographs of the Jewish fire brigade to hand-drawn maps, from descriptions of the marketplace to necrologies (the listings of citizens killed by the Nazis). The books often included imagery of matseyves, tombstones, on their covers, indicating their role as symbolic gravesites.

Professor Samuel Kassow considers the role that <em>yizker-bikher</em>, memorial books played after World War II. Kassow reflects on nostalgia, memory, and portrayals of the communities post-war. The books serve as a way of connecting to and preserving the past.

When Yankel Wiernik’s A yor in treblinke (A Year in Treblinka), an eyewitness account of the notorious extermination camp, was published in New York in 1944, it was a harbinger of the vast memoir literature that was to emerge. By the early 1950s, the Yiddish reader had access to hundreds of published memoirs, including Emanuel Ringelblum’s Notitsn fun varshever geto (Notes from the Warsaw Ghetto) and the 175-volume series Dos poylishe yidntum (Polish Jewry) from Buenos Aires, which strove to create a literary and scholarly record of Polish Jewish life before the Holocaust. Together with yizker-bikher, these volumes form a trove of historical data on prewar Jewish life in the shtet and shtetlekh, the cities and towns, of Eastern Europe.

In 2004, over 600 yizker-bikher were digitized by the Yiddish Book Center in partnership with the New York Public Library. Volumes in the Steiner Yizkor Book Library are available as hardcover facsimile reprints. 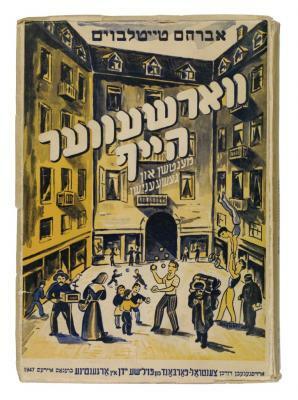 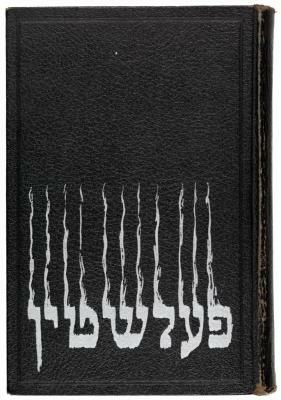 Description:
New York, 1937. Published to commemorate the victims of a 1919 pogrom in the Ukrainian town, this book is one of a handful of yizker-bikher that predate the Nazi Holocaust. 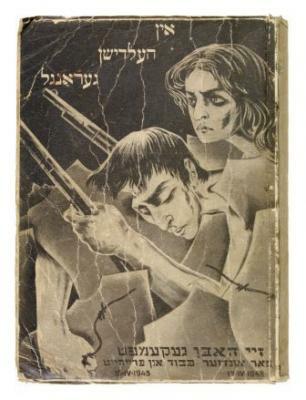 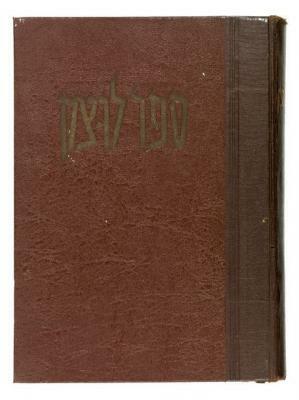 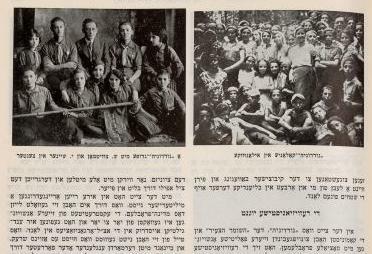 Description:
Details from inside Sefer lutsk.

More on the work of Holocaust survivors from our collections

Tony Hausner, an amateur genealogist and historian, describes his work on the only existing translation of the Skala Yizkor book and relates a harrowing testimony from it.

Former Yiddish Book Center fellow Miranda Cooper’s “From the Vault” essay about “one tangible, excruciatingly personal example,” from the Poylishe yidntum series, of the Yiddish literary “impulse to create in the wake of destruction.”

Mindle Crystel Gross, native speaker and translator, describes the Yizkor books, which memorialize the Jewish communities destroyed in the Holocaust, and the insights they provide through translation.

Tova Weiss, teacher and tour guide, describes The Book of Linchitz, a Yizkor book for her father's shtetl in Poland, and discusses her early awareness of the destruction of the town's Jewish community.