From Cabbage to Galaxies: The Incredible Range of Kultur-Lige’s Publishing

The 76th Pakn Treger issue features a poster advertising the publisher Kultur-lige’s series Bibliotek Yidishe shrayber (Library of Yiddish writers). The first Kultur-lige (Culture league)—cultural and social organizations formed to promote the development of contemporary Yiddish culture—appeared over a century ago in Kiev in January 1918. By the end of the year, Kultur-lige had seven sections: literary, educational, publishing, library, musical, theatrical, and artistic. Within two years there were 99 branches with 283 institutions, including schools, libraries, children’s clubs, and orphanages in Ukraine alone. By 1935, branches had cropped up in Poland, Lithuania, Latvia, Moldova, Romania, Belarus, Russia, China, Germany, France, the United States, Mexico, and Argentina. Kultur-lige’s publishing houses became the main producer of Soviet Yiddish books. Even more impressive than the sheer volume of the publisher’s output is the range in subject matter of Kultur-lige books from classic Yiddish authors to atomic physics.

According to the poster, there should be at least 75 volumes within the Bibliotek Yidishe shrayber. But unlike many other series, they can be quite difficult to identify. The series notes and volume numbers are displayed only on the covers, and unfortunately, many extant copies no longer have their original covers. For the most part, they seem to have been published in Kiev between 1929–1931, in runs of about 2,000–4,000 copies. We have identified a handful thus far within the Yiddish Book Center’s collections: Bergelson’s Midas-hadin, Godiner’s Figurn afn rand, Weissenberg’s Geklibene verk, Der Nister’s Gedakht, Reisen’s Dertseylungen, Stiff’s Eltere Yidishe literatur, and Geklibene lider. Kultur-lige produced numerous other literary series, with both Yiddish originals and translations into Yiddish. These include their Populere bibliotek, serye beletrisktik (Popular library, belles-lettres series), Algemeyne bibliotek (General library), and Universale bibliotek (Universal library) series, among others.

While belles-lettres were clearly in high demand by the Yiddish readership, so too were nonfiction genres. Kultur-lige’s Natur un kultur: Populer visnshaftlekhe bibliotek (Nature and culture: Popular scientific library) was first published by the Kiev branch (1925–1930) and later picked up by the Warsaw branch. The Kiev branch alone published at least 50 titles, including volumes on botany and English history, as well as travel writing on China, India and Ceylon, and the Taiga. Although not yet digitized, the Center also has volume 47, Tsikave fizik (Intriguing physics), which contains text and illustrations relating to scientific paradoxes, experiments, stories, and questions. Scans of volumes on the subject of bird migrations and psychology/neuroscience can be accessed via Florida Atlantic University (FAU). FAU’s volume on hygiene is part of a subseries for students, Dem talmid tsu hilf. A similar subseries, Far ingere, focuses on books for younger children and includes volumes on such topics as bread and cotton. The Center has the sixth volume of this subseries, which is about shoes, their history, and how they are made.

From 1929–1931, the Warsaw branch published at least 18 additional volumes with the same series title. Some volumes were published separately, such as volume one on astronomy, In himlishn okean (In the heavenly ocean) or volumes 7–8, Di biologishe tragedye fun der froy (The biological tragedy of the woman) about sex and hygiene. In some cases, multiple volumes were bound together in a single monograph. The Center has digitized five such monographs that contain numerous volumes of this series: volume 1, volume 2, volume 3, volume 4, and volume 5. Titles and subjects vary from radio and electricity to rejuvenation and life and death. 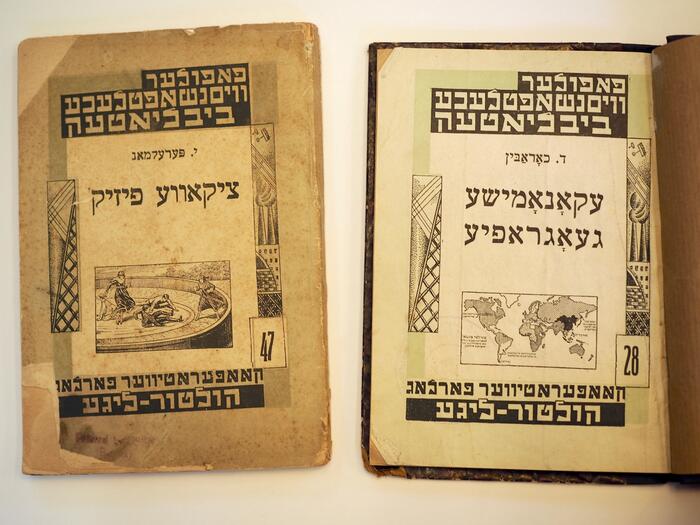 Two volumes published by the Kiev branch. Tsikave fizik (Intriguing physics) on the left and Ekonomishe geografye (Economic geography) on the right. 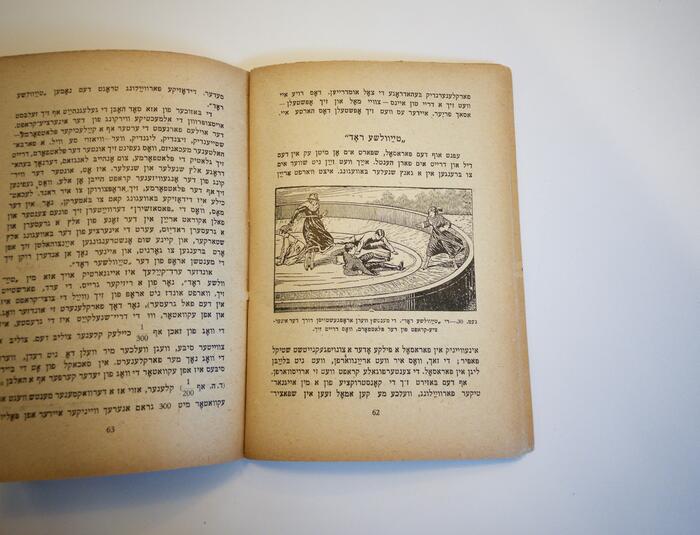 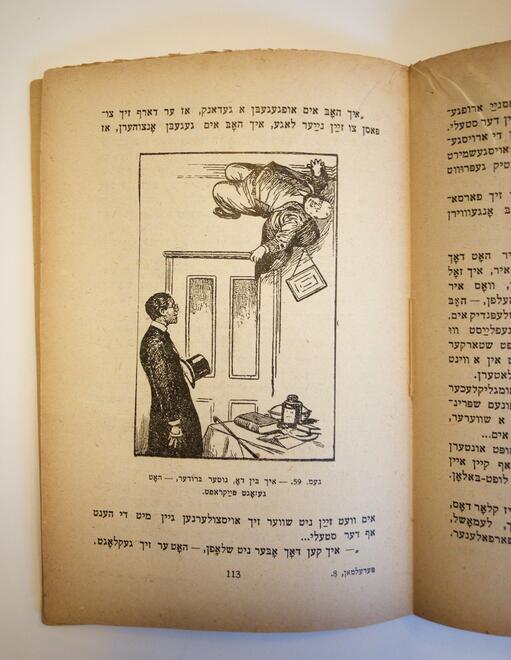 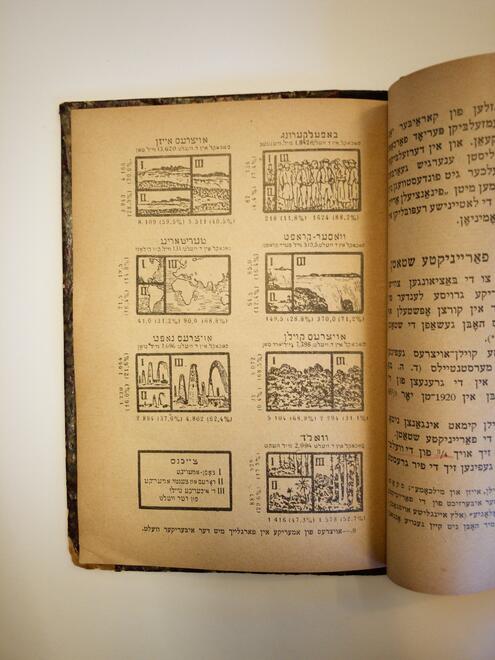 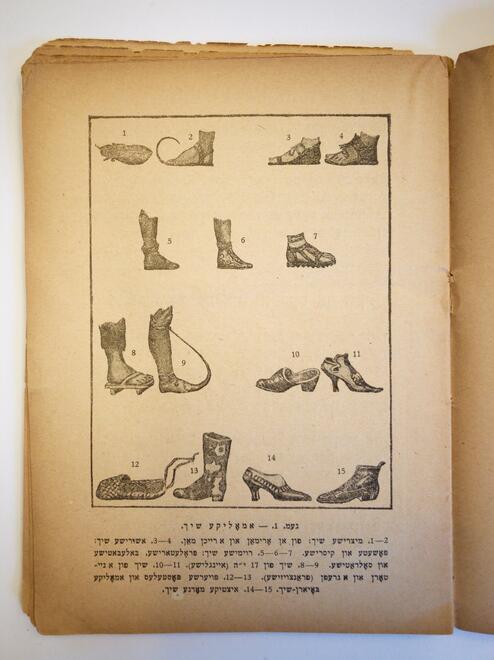 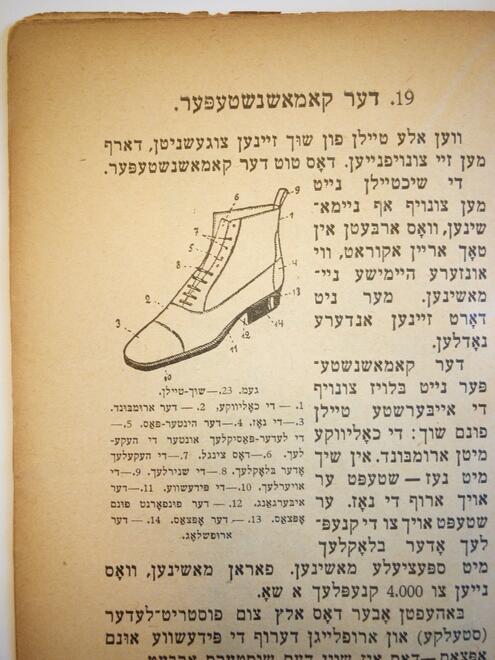 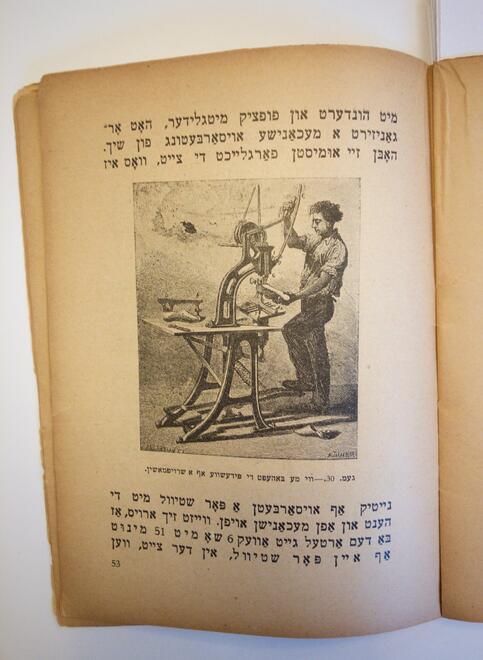 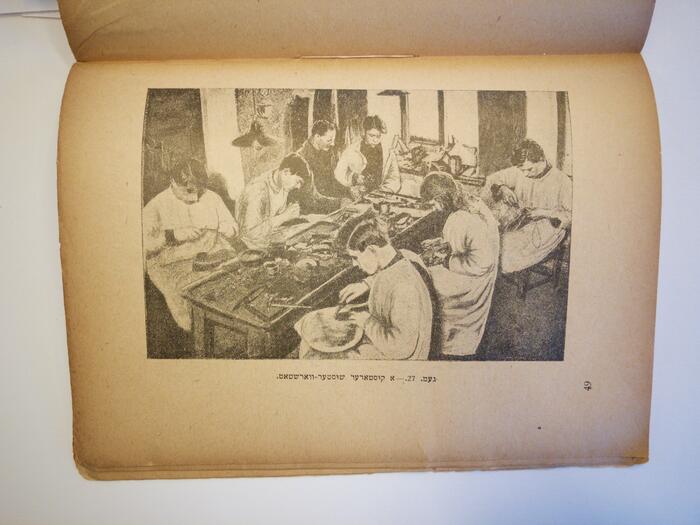 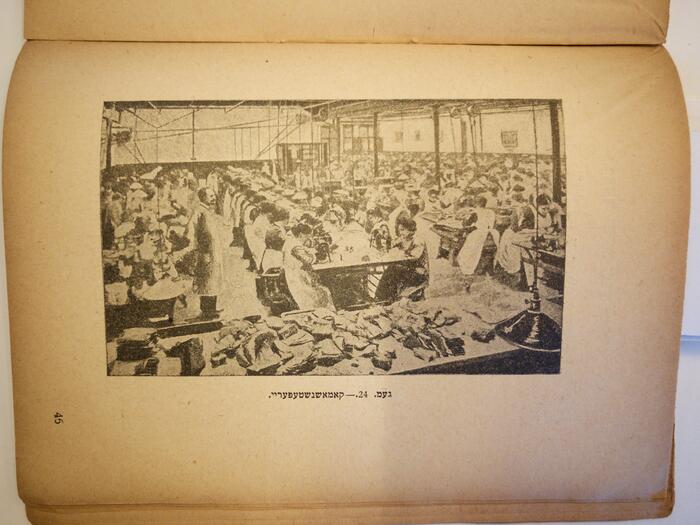 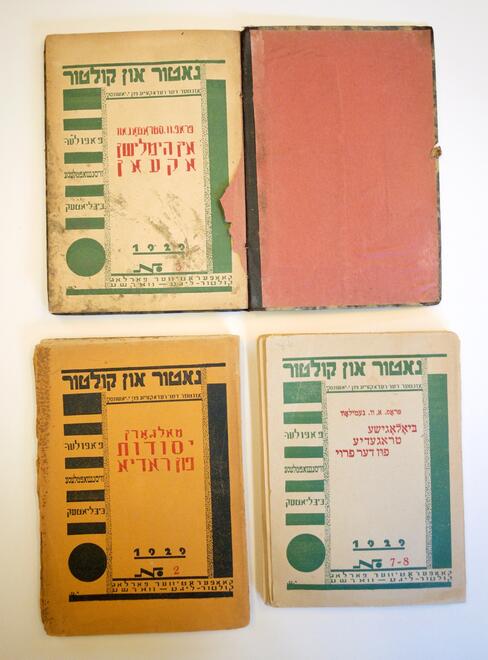 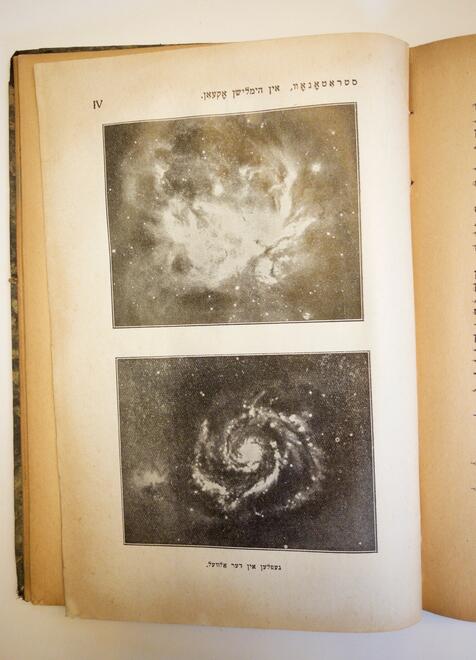 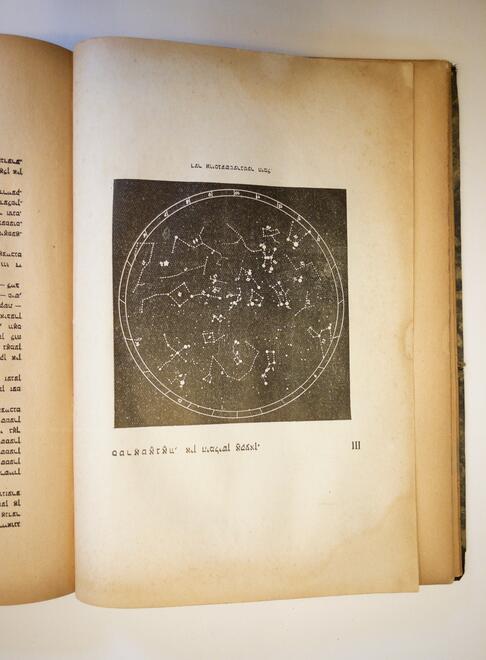 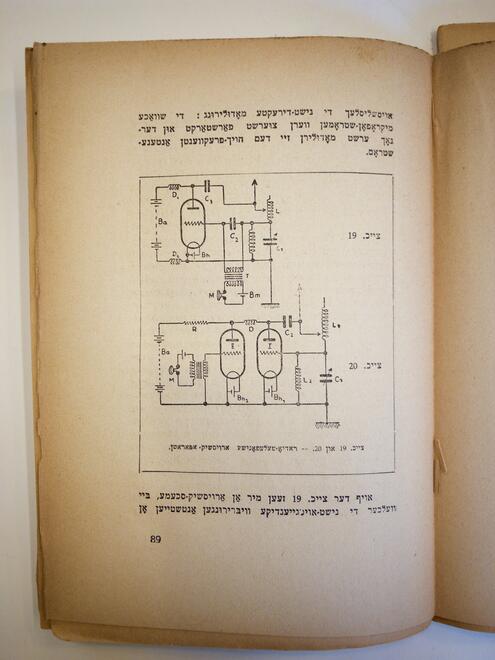 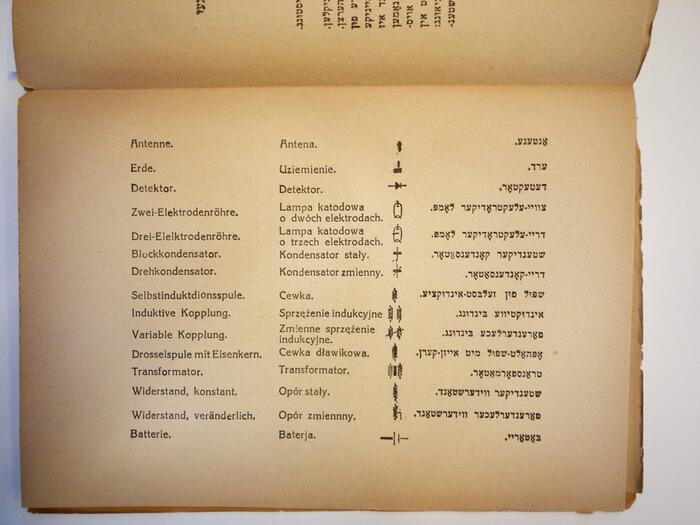 Many other series, both for adult and juvenile audiences, were published by Kultur-lige branches. One of my personal favorites is the juvenile Gortn-bibliotek (Garden library) series, which, for example, features an entire volume on cabbage.

Within the Soviet Union, the Kultur-lige publishing houses went from having relative freedom to Bolshevization and eventual dissolution. Some of the aforementioned series were then taken up by the Melukhe farlag (State publisher) and/or Tsentrfarlag (Central publisher). These publishers continued a number of Kultur-lige series, while also introducing many new series. Such publications, however, came to an abrupt halt in 1941 when wartime publishing took over.