Bella Chagall is best known as the ever-present lover and muse in her husband’s art. Tightly intertwined, or outstretched like whirling dance partners, Bella and Marc Chagall nestle together, float and soar through countless paintings and prints. And so it was in life. Theirs was not just a great love story, but an enduring literary and artistic partnership.

Bella Chagall edited and translated her husband’s 1922 Russian-language autobiography into French. But she also wrote two volumes of her own memoirs in Yiddish, the language Marc Chagall called her ‘faltering mother tongue’. Both books are rare and have a particular poignancy. Bella never saw them published; she died suddenly, most probably from a viral infection, in 1944, just three years after the couple fled Europe for the US.

You can therefore imagine my excitement when I answered the phone one morning at the Center and heard the words ‘Would you like my treasured copy of Bella Chagall’s book Di ershte bagegenish?’

The offer came from Sara Tepper, now living on the west coast. Sara told me she had been born in Kletsk, not far from Minsk, and had moved aged seven to the United States. Her father, a Bundist, had escaped on forged papers some years before, moving first to Argentina, then to the US. The reunited family lived in the Bronx in the Workers’ Cooperative Colony (The Coops), where one of the community’s prized resources was their extensive Yiddish library.

The Bella Chagall book had originally belonged to Sara’s sister, Norma Freedman. Sara had looked after it for many years, but had decided the time had come to find a secure home for it. One week after our phone conversation, the book arrived safely at the Center, carefully wrapped inside a large box.

Chagall illustrated a considerable number of Yiddish books over many decades, usually for close friends.  His finely-detailed line drawings feature in works by leading Yiddish writers such as Chaim Grade, Joseph Opatoshu, Mendl Man and Avrom Sutzkever. The Center still has multiple copies of one of the finest of all Chagall illustrated books - the three-volume 1930s set of poems by Avrom Valt Liesin.

But none have the pathos of the two books by Bella. Somehow, despite the tragedy of losing his wife in such desperate circumstances,  Chagall was able to recall their early romance on the streets and bridges of Vitebsk in scenes of melting tenderness and impish humour. It really is one of the most charming of all Yiddish books, and thanks to the generosity of Sara Tepper, the Yiddish Book Center now has a copy to treasure. 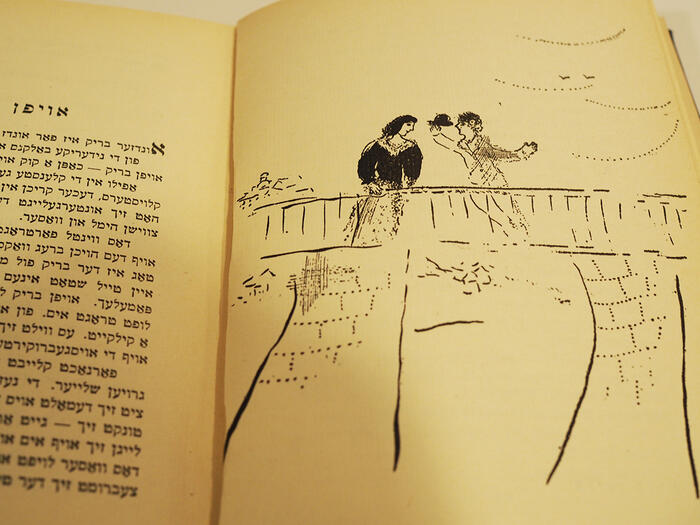 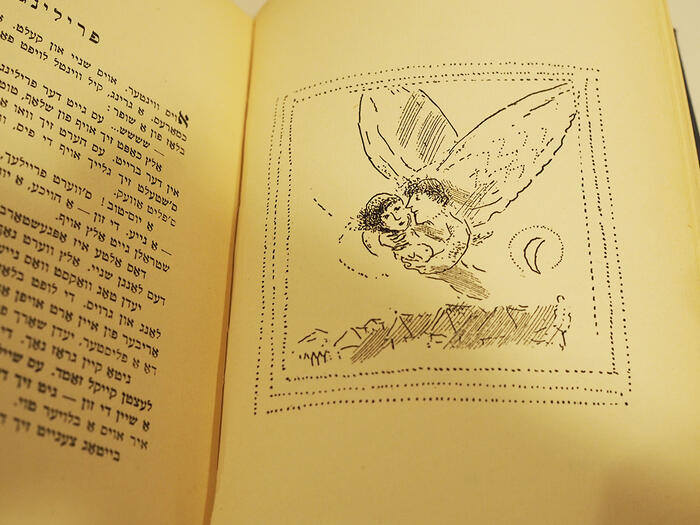 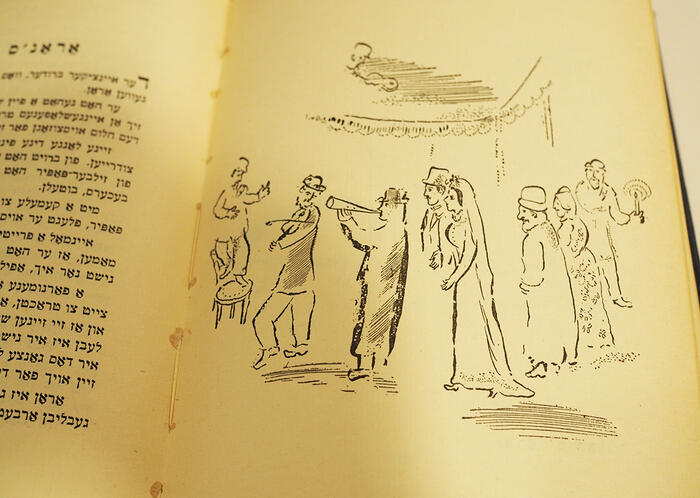 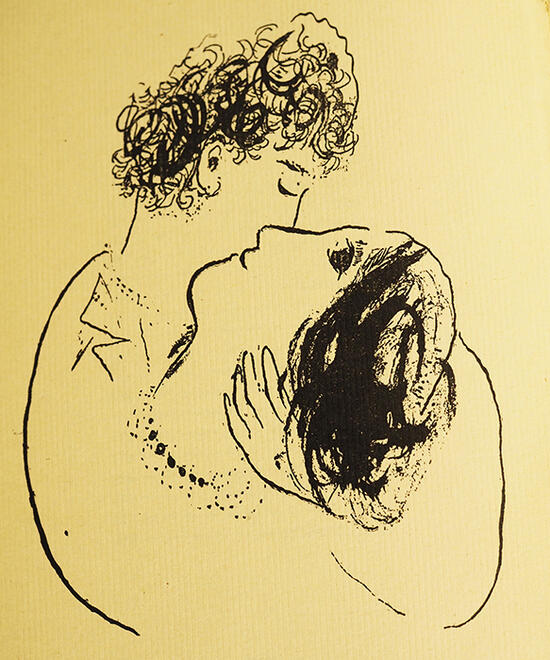 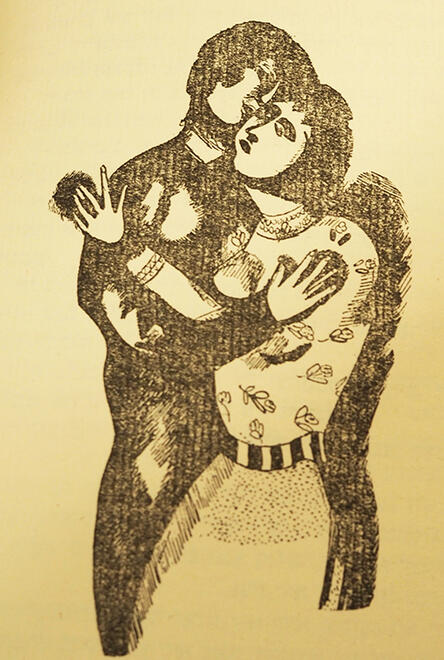 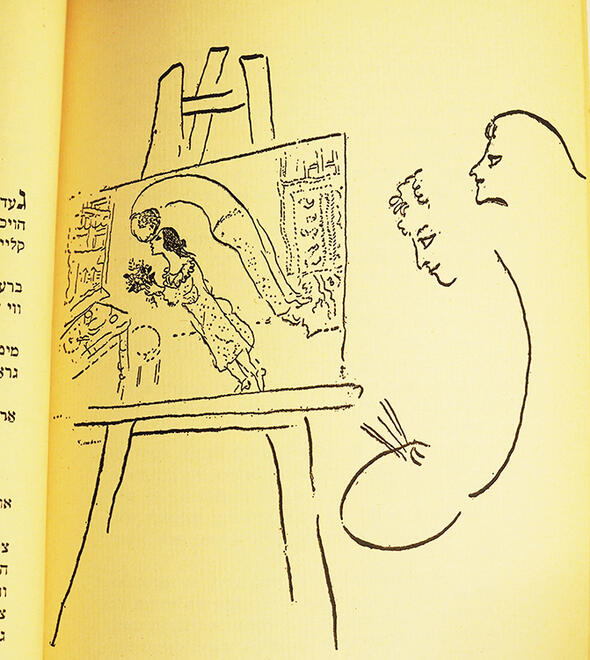 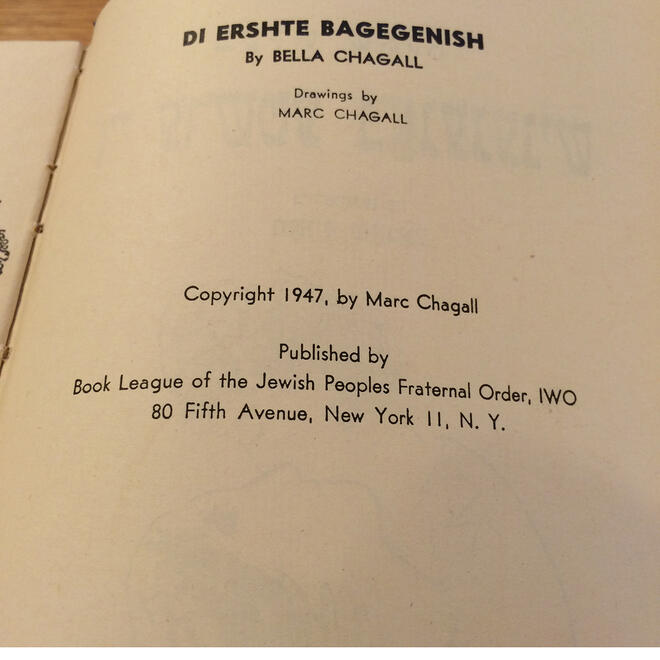