Highlights from the Collection

May thirtieth marks the 120th anniversary of the birth of acclaimed Yiddish writer Itzik Manger. Manger wrote extraordinary essays, stories, and plays, but he is best known as a poet and balladist. Today Manger is perhaps most recognized for his creative reimaginings of biblical stories.

Born “Isidor Helfer” in Czernowitz and trained as a tailor in the family trade, Manger embraced the forms of fables and folk stories made popular by his Czernowitz-based mentor, Yiddish fableist Eliezer Shteynbarg. He cultivated his image as a Yiddish bard poet as his career progressed, utilizing the ballad form and adopting a persona of a tavern-frequenting perpetual wanderer. He moved quite a bit in his life, spending his young adulthood in Warsaw before being forced out of Poland to Paris in 1938 and then to London in 1940, where he lived during World War Two. His later years were spent in New York City, with frequent trips to Israel. While Manger didn’t fit into the ideologically motivated Yiddish writers’ groups, he was known socially and artistically wherever he went.

Though short in stature, Manger was a famously commanding reciter of his works. Decades later, people still recalled his deklamatsye (poetry recitation) at Yiddish writers’ union events in Warsaw in the 1920s. He did not shy away from the difficult parts of the human experience; his lifelong struggles with alcoholism and complex relationship with Jewish traditions entered his poetry through the poignant reflections of semi-autobiographical characters. Embracing both the grotesque and the romantic, his poems are visceral and philosophical.

For these reasons, Manger seems, of all the Yiddish writers of that time, to have especially numerous and passionate fans—which is evident in the many oral histories in our collection that discuss him or his works. We hope you will enjoy these reflections on his distinctive genius.

In this excerpt from our short film, Leonard Nimoy’s Mameloshn: A Yiddish Story, Leonard Nimoy–the Jewish actor most well-known for his role as Spock on the Star Trek science fiction series–recalls Itzik Manger’s poem “Afn Veg Shteyt a Boym (By the Road Stands a Tree),” about the relationship between a mother and son. In the clip, which is intercut with a recording of Manger himself reciting the poem from the Yiddish Book Center’s Frances Brandt Online Yiddish Audio Library, Nimoy connects the poem to his own experience of leaving home to pursue acting.

Norman Feinberg, son of Yiddish writer Leon Feinberg, shares a childhood memory of Itzik Manger, who was a family friend, buying him a giant lollipop at Coney Island. He recalls how sweet Manger was and shares his regret that he passed away young.

Updating the Poetry of Itzik Manger

In this clip, poet and translator Murray Citron reads a poem by Itzik Manger that he translated. He shares his process of translation and explains why he felt justified in altering the text slightly in order to stay true to the spirit of Manger’s voice.

“If You Want to Really Appreciate Him, Teach Yourself Yiddish”

Itzik Manger & How I Started with Yiddish

Here, Polish Yiddish scholar Joanna Nalewajko-Kulikov shares the story of how she was inspired to learn Yiddish after being introduced by a friend to Itzik Manger’s poetry. She describes her first Yiddish class and the process of naming for herself why she was learning Yiddish.

In this interview highlight [in Yiddish with English subtitles], Moshe Fiszman, z"l—a Holocaust survivor from Radom, Poland—recites a poem and short story by Itzik Manger from memory and remembers meeting Manger in Warsaw, where he heard him recite his poetry. He describes the power of hearing him read his work in his Romanian dialect and discusses the remarkable impact of Manger’s writing.

One Foot in Shushan, One in Warsaw: Reflections on Manger's Megillah

Motl Didner, associate artistic director of the National Yiddish Theatre Folksbiene, speaks about his love for Itzik Manger's The Megillah of Itzik Manger, a play that blends the classic Purim story of the Book of Esther with Manger’s experiences of anti-Semitism in 1930s Eastern Europe.

The Depth of Itzik Manger’s Poetry

Where? Why? What Does it Mean?: The Depth of Itzik Manger's Poetry

In this excerpt, Jack Wolofsky, cofounder of KlezKanada, uses quotes from Itzik Manger’s writings to reflect upon the metaphorical depth of Manger’s poetry and what his writing reveals about the Jewish psyche.

Image at the top: A page from Itzik Manger's The Megillah of Itzik Manger, from a performance in Israel. Recording and program digitized as part of the Yiddish Book Center’s Frances Brandt Online Yiddish Audio Library with permission of the Montreal Jewish Public Library 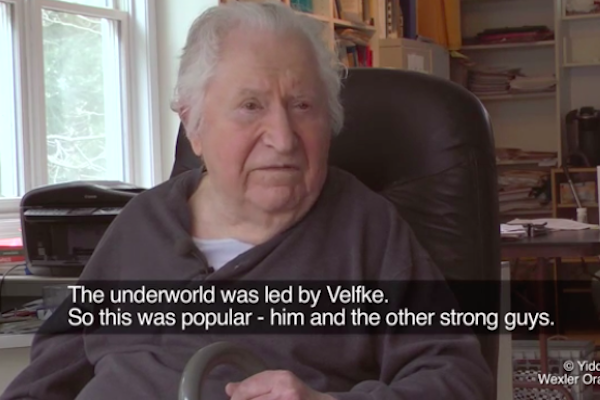 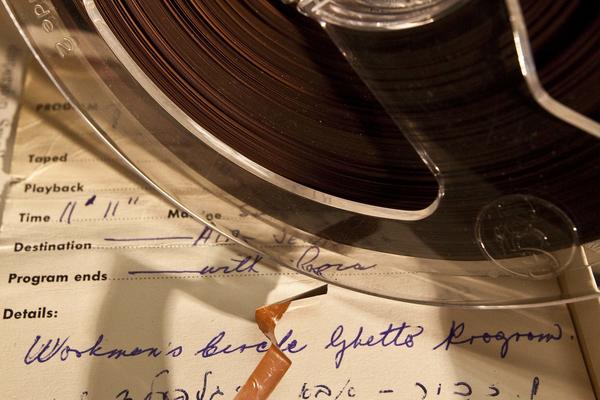 The Megile of Itzik Manger

Delving Into the Life and Work of Itzik Manger 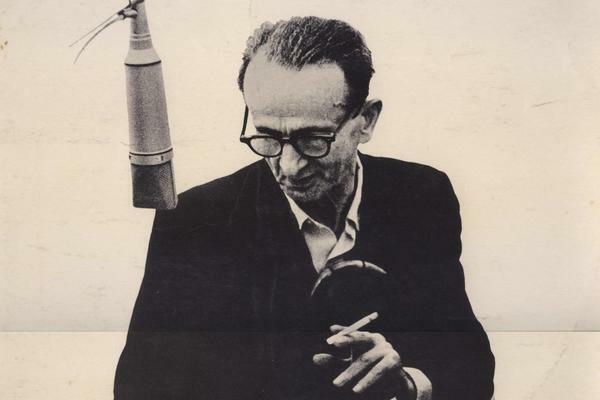 A Focus On: Itzik Manger

Read about Itzik Manger's career and experience his poetic voice.