When we think of Yiddish writers in America, a set of images typically comes to mind: the bustling newspaper office, with inky pages flying back and forth; the late-night café and its heated conversations over literature, politics, and bottomless cups of strong Russian tea; the packed lecture hall, where authors read their work to adoring crowds.

But there was another environment that fostered community and creativity, outside of dense urban centers like New York or Chicago. Like other city dwellers looking for a summertime getaway, Yiddish writers would take their families and head to the bucolic setting of the Catskill Mountains or New Jersey farmlands, where they could gather and create in a more relaxed and playful atmosphere.

In a 2014 interview with the Yiddish Book Center’s Wexler Oral History project, screenwriter Dan Opatoshu, grandson of Yiddish writer Yosef Opatoshu and son of actor David Opatoshu, recalled how his grandparents would rent a cottage every year in upstate New York, together with playwright H. Leivick and poet Aron Glantz, better known by his pen name, A. Leyeles.

“They would spend the summers in this house as this extended Shabes tish [Sabbath table], where they would write, debate, and collaborate on editing publications, all together,” he said. Pictures of the period “gave me the feeling that this was almost like a hippie commune in the ’60s,” with the “children always naked, running and playing.” Like in a ’60s commune, the arrangement between the writers and their families was not purely cerebral. In the city, Opatoshu said, his grandfather’s muse was Fanya Glantz, Aron Glantz’s wife, while Aron’s muse was his grandmother, Adela. But in the country, those relationships were more than inspirational. “The one wrinkle in the relationship was that for the course of the summer, the Glantzes and the Opatoshus would switch mates, and my grandfather would have a bedroom with Fanya Glantz, and Adela, my grandmother, would share a bedroom with Glantz,” he recalled. “That relationship would only exist for the course of the summer. When they would go back to the city, at the end of the summer rental, they’d go back to their own homes.” Despite this unconventional arrangement, the two women “remained almost like sisters, and were each other’s closest friends.”

Eventually his grandfather built a cottage in Croton Falls, New York, where he hoped to create a community of artists and writers. That dream never quite came to fruition, but Opatoshu recalled many enjoyable summers spent in the company of his grandparents and other Yiddish-speaking families. “What he loved about that place was [that] . . . he could lay outside on the hammock, or in a chair, and read or sit on his high porch or take long walks. I remember one of his favorites was a weekly walk we would make to a farmer, about a half mile or so up the road, to get fresh eggs and whatever vegetables happened to come up that week.” Sometimes, he recalled, they would even drive up to see actress Molly Picon at her estate in Connecticut.

Yosef Opatoshu on the porch of the Croton Falls house

For Yvette Marrin, daughter of poet Malka Lee and writer Aaron Rappaport, life in the country meant life on the farm. When her father’s family came to America they lived in a four-room farmhouse in upstate New York without indoor plumbing. Later, her paternal grandfather, Gershon Leyb Rappaport, owned a farm in Ulster County, New York, in the neighborhood of three other Jewish farmers. Marrin recalled in a 2018 interview how one spring day she walked into her grandparents’ living room to find a collection of little yellow chicks gathered around the wooden stove. “I looked at my grandfather and my father explained, ‘It was cold in the barn, so he brought them in here.’”

Like her grandparents, Marrin’s parents were also drawn to the country. When she was a child they started a bungalow colony in the Catskills to make some extra money.

Although it functioned as a vacation spot, the colony was hardly luxurious. “Everybody had a little two-burner stove and a communal dining room, and that’s the way it was,” she said. Still, as a child it was an enjoyable atmosphere. “We kids would sometimes put up plays for them. We would go up on this little platform in the communal dining room and sing and carry on.” She also enjoyed the opportunity to experience nature and the outdoors. “We used to walk through the forest to go to the creek, because who thought of swimming pools? That came much later.”

But Marrin’s strongest impression was of writers like poet Mikhl Likht and playwright Leon Kobrin, who would gather on summer evenings and talk late into the night. “They would sit and have all kinds of debates,” she remembered. “And the closest I got to those debates was to peek out the door of my bedroom ’cause I couldn’t sleep. There were too many people talking.”

For Yiddish writers, and their children, life in the country was a chance to relax, enjoy community and nature, and let creativity flow. 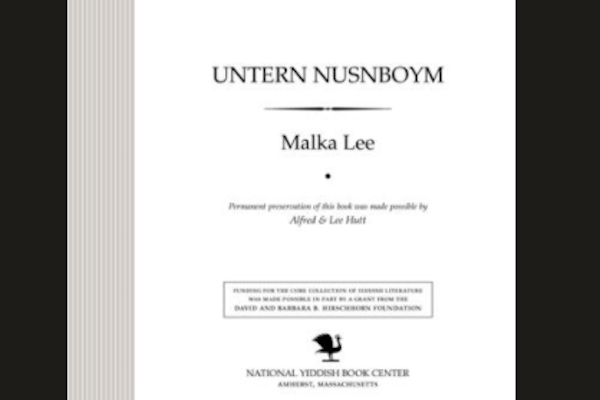 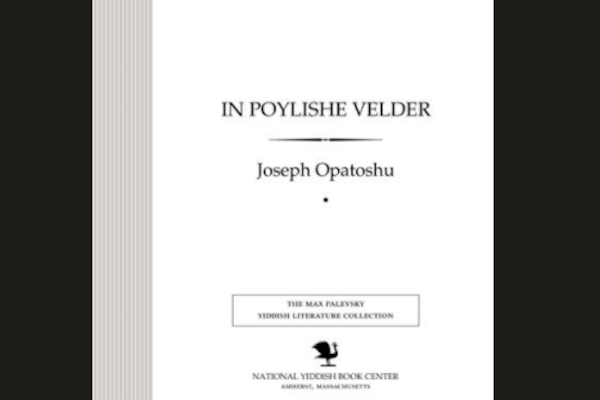 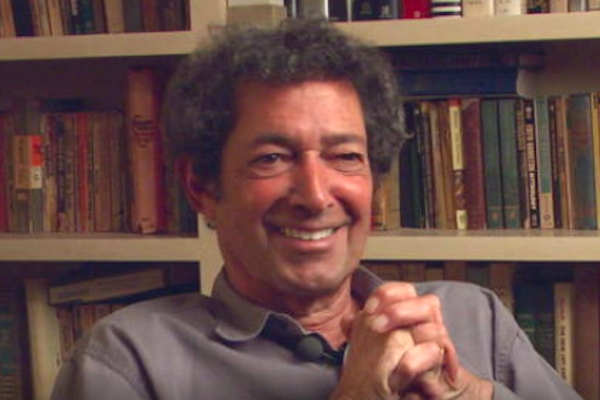 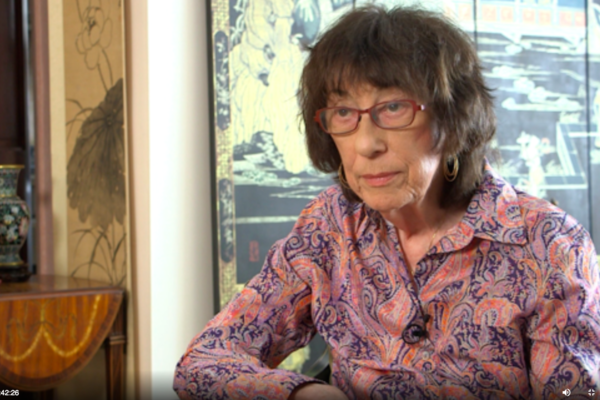