Highlights from the Collection

Beginning in the 1920s and ‘30s, Yiddish radio was an important medium for Jews around the globe to stay connected with each other and the world around them. In New York City, the most popular Yiddish radio station—with its tagline “the station that speaks your language”—was WEVD. The station was founded in 1927 by the Socialist Party of America in honor of Eugene V. Debbs and subsequently taken over by the Yiddish daily newspaper Forverts in 1932. WEVD played a wide variety of shows throughout the week, including the famous “The Forward Hour'' and “Tsures bay laytn (People’s Problems).” With increasing access to television and growing assimilation in the United States, Yiddish radio began declining in popularity after the 1950s. Today, most­—though not all—of the once-popular Yiddish radio programs no longer exist, but the past few decades and the emergence of podcasts have brough Yiddish radio to new audiences.

The Yiddish Book Center's Wexler Oral History Project has been fortunate to record many stories about WEVD from radio show performers and listeners alike. Enjoy this selection of interview highlights about this beloved station, and search our collection for other Yiddish radio stories.

The History and Shows of WEVD

In this highlight, Yiddishist and Yiddish teacher Rebecca Levine shares her memories of listening to WEVD with her bobe (grandmother). She explains the socialist history of the radio station and describes some of the WEVD shows that her bobe enjoyed, including “Tsures bay laytn (People’s problems)” and “Der yidisher filosof (The Jewish Philosopher).”

Memories of WEVD, the Jewish Radio Station of New York

Rhoda Weiner, Yiddish speaker and active volunteer worker, shares some of her memories of listening to WEVD on Sunday mornings. In this highlight, she sings the station’s theme song and describes the Yiddish ads for the Barneys department store in New York.

Reading the Yiddish News on WEVD

I Read the News in Yiddish on WEVD

Moishe Rosenfeld—founder of Golden Land Concerts & Connections, a booking agency for Jewish performing arts—shares the story of how he came to replace Zvee Scooler as the reporter of the daily Yiddish news on WEVD. Moishe remembers befriending famous Yiddish figures, like radio DJ Art Raymond and Clara Barry of the Barry Sisters, and talks about the experience of occasionally getting recognized on the street by Hasidic Jews who listened to the station.

“All the Yiddish Music I Know, I Know from WEVD”

All the Yiddish Music I Know, I Know From WEVD

In this clip, Hasidic cantor Ben Zion Miller shares his childhood memories of staying glued to the radio, which the family kept on top of the refrigerator, to listen to Yiddish music on WEVD. He recounts the surprise of his friend, cantor and former Yiddish theater actor Herschel Fox, upon hearing that he knew so many Yiddish songs.

Nahum Stutchkoff and His Work on WEVD

Nahum Stutchkoff, renowned Yiddish linguist, and His Career on the WEVD Yiddish Radio

Alec (Leyzer) Burko, Yiddish scholar and researcher, discusses Yiddish linguist Nahum Stutchkoff and his work as a radio announcer on WEVD from the 1930s to the 1950s. He describes the various shows that Stutchkoff hosted on the station, including “Tsures bay laytn” and his famous language program, “Mame-loshn (Mother Tongue).”

Performing on WEVD and Working with Sholom Secunda

In this clip, child singer and performer in Yiddish vaudeville productions Shirley Schachter Katz shares her memories of Saturday morning music lessons with WEVD staff member Sholom Secunda, including descriptions of his home and his teaching style. She remembers how she often went directly from her Saturday morning lesson to the WEVD recording studio, where she recorded a Saturday afternoon musical program. 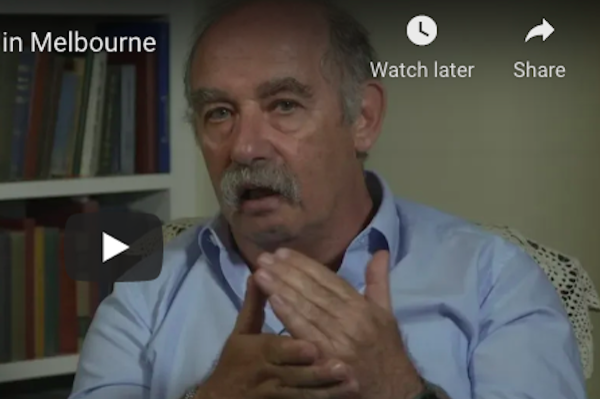 History of Yiddish Radio in Melbourne 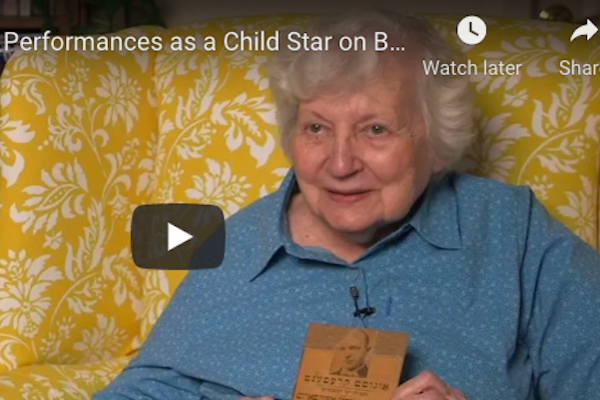 Gloria Weiner Weiss, z"l, former Yiddish child actress on the radio and stage, describes the live performances she and the cast of Boston's Yiddish radio... 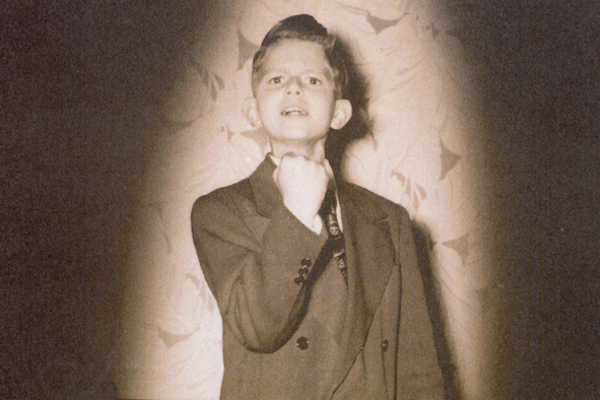 The Wexler Oral History Project presents stories from child stars of the Yiddish radio and stage.