Interested in screening the film?
Bring the film to your community!
Email us to for press kit, screener, and more.

The Yiddish Book Center's Wexler Oral History Project is excited to present Ver Vet Blaybn? (Who Will Remain?) a feature-length documentary film that follows one woman’s journey to understand her grandfather, the Yiddish writer Avrom Sutzkever.

Attempting to better understand her grandfather Avrom Sutzkever, Israeli actress Hadas Kalderon travels to Lithuania, using her grandfather’s diary to trace his early life in Vilna and his survival of the Holocaust. Sutzkever (1913–2010) was an acclaimed Yiddish poet—described by the New York Times as the “greatest poet of the Holocaust”—whose verse drew on his youth in Siberia and Vilna, his spiritual and material resistance during World War II, and his post-war life in the State of Israel. Kalderon, whose native language is Hebrew and must rely on translation of her grandfather’s work, is nevertheless determined to connect with what remains of the poet’s bygone world and confront the personal responsibility of preserving her grandfather’s literary legacy.

Woven into the documentary are family home videos, newly recorded interviews, and archival recordings, including Sutzkever’s testimony at the Nuremberg Trial. Recitation of his poetry and personal reflections on resisting Nazi forces as a partisan fighter reveal how Sutzkever tried to make sense of the Holocaust and its aftermath. As Kalderon strives to reconstruct the stories told by her grandfather, the film examines the limits of language, geography, and time.

We will announce public screenings as they are scheduled.

Are you interested in bringing Ver Vet Blaybn? to a film festival you organize? Email [email protected] for a screener and press kit.

Christa P. Whitney, Producer and Co-Director
Christa is the director of the Yiddish Book Center’s Wexler Oral History Project, a growing collection of more than 1,000 in-depth video interviews about Yiddish language and culture with people of all ages and backgrounds. Originally from Northern California, Christa discovered Yiddish while studying comparative literature at  Smith. She has studied Yiddish language at the Vilnius Yiddish Institute, the Workers Circle, and the Yiddish Book Center. For the past ten years, she has traveled near and far recording oral history interviews, while also managing a video archive and producing documentary films and web features about all aspects of Yiddish language and culture. Christa was recently named on the 2020 Forward 50 list of “people we needed in a year we definitely didn’t.”

Emily Felder, Editor and Co-Director
Emily Felder is a documentary film editor whose work has been screened in museums, libraries, and schools across the country. She studied anthropology at the University of Massachusetts Amherst, where she became invested in archaeology, visual ethnography, and nonfiction storytelling. She worked as the premiere technical assistant for the Yiddish Book Center’s Wexler Oral History Project, and as an assistant editor at Florentine Films/Hott Productions on feature-length documentaries broadcast on PBS. She is now an editor and videographer based in Los Angeles, where she continues to make films.

Hadas Kalderon, Producer
Hadas Kalderon is the granddaughter of renowned poet Avrom Sutzkever. She is an actress, theater maker, playwright, and director who is currently serving as the artistic director of the National Youth Theatre. Hadas is also an associate producer of the award-winning documentary Black Honey, the Life and Poetry of Avraham Sutzkever.

Christa Whitney: It was reading Avrom Sutzkever in my first semester at Smith College that introduced me to the world of Yiddish literature. Back then, I never could have predicted that this interest in Yiddish would lead me on adventures all over the world and eventually to this film. Reading Sutzkever feels like a return to an intellectual and emotional home within Yiddish culture, so working on this film came with intense pressure as well as pleasure. I am not alone in my fascination with this writer and the world of his youth in pre-war Vilna, so it is my hope and honor to share this writer’s wild life story and endless well of inspired poetic work with a wider audience through this, my first feature-length documentary film.

Emily Felder: I was drawn to tell this story not only as a documentary filmmaker but also as a Jewish woman. This film examines the significant testimony of a Holocaust survivor and explores the challenges of intergenerational cultural transmission and the inherited trauma therein. As an American Jew whose family experienced this historical injustice and shares in its collective memory, I am humbled to illuminate Avrom Sutzkever as a key literary figure in the evolution of secular Jewish expression and identity.

Who Will Remain? is that rare documentary that soars above the power of its subject matter. The subject here is the life and poetry of Avrom Sutzkever, the renowned Yiddish poet who survived the Vilna ghetto, fought with the partisans against the Nazis in Lithuania, and gave birth to the revival of Yiddish as an art form in Israel. The film employs three standard documentary techniques to create a portrait of the poet nearly as powerful as the poetry itself. The first technique is a quest—the literal journey of Sutzkever’s actress granddaughter, Hadas Kalderon, to uncover his past in Lithuania. The second is narration and archives that set the temper of the times and the poet’s personal history. The third, which is the most powerful, is the readings of Sutzkever’s poetry by the master himself, in Yiddish. The poetry—rhythmic, rhyming, imaginative—is accompanied, almost musically, by the brilliant editing, which, at times, is poetry itself. Though set against the cruelties of the Holocaust, the film is a lyrical tribute to the power of art. By the midpoint Sutzkever’s own words and voice provide a philosophical thrust that elevates the film beyond history and biography. “It is easier to go to death accompanied by a poem. Poetry means freeing oneself from emotion and even freeing oneself from personality. But freeing oneself from one’s personality through poetry is something only one with a poet’s personality can do. The more realistic a poet is the further he is from reality. The more fantastical a poet is, the closer he is to reality.” Who Will Remain? is fantastical and therefore realistic. It is a tribute to an artist, a celebration of the power of Yiddish, and an unforgettable documentary experience.

Ver vet blaybn? (Who will remain?) is a truly wonderful documentary about the last of the Mohicans of the Yiddish poetry, the great Avrom Sutzkever. I highly recommend to everybody to watch this movie and hope that it will make people aware of the beauty and riches of the Yiddish culture which is so dear to me.

Ver Vet Blaybn? follows the quest of Avrom Sutzkever’s granddaughter, an Israeli actress Hadas Kalderon, to bring the legacy of the great Yiddish poet and champion of Yiddish culture back to his native city of Vilnius and restore “the golden chain” of memory. Sutzkever’s story is presented in her and the poet’s own voices, in addition to the insightful narration by scholar Ruth R. Wisse; this polyphony makes the documentary powerfully emotional. It was created by the Yiddish Book Center that makes it its mission to answer the title question—Who will remain? What will remain?—by gathering and presenting testimonies of the Yiddish culture and making sure that it will, indeed, remain.

—Lara Lempert, head of the Judaica Research Center at the Department of the Documentary Heritage of the Martynas Mazvydas National Library of Lithuania

Ver Vet Blaybn?, the new film about Abraham Sutzkever, and the personal journey of his granddaughter actress Hadas Kalderon is both moving and beautifully done. Congratulations to Christa Whitney and Hadas Kalderon for this important and poignant tribute to the Yiddish language's most important poet.

Hadas Kalderon poses the question on all our minds, “Why didn’t I ask this when my grandparents were alive?” It’s universal but when one of the grandparents is Avrom Sutzkever the question takes on a new and deeper resonance. Fortunately for Kalderon, her grandfather’s poetry and his much-documented life give her more answers than most of us get. Her quest and journey, augmented by family videos (the Sutzkevers at home!), trips to Vilna and Berlin, her grandfather’s writings and more, offer new insight into this great poet that resonates for all.

HGMS Screens Ver Vet Blaybn? (Who Will Remain?) by Lizy Mostowski
A blog of the Initiative in Holocaust, Genocide, and Memory Studies - University of Illinois at Urbana-Champaign (February 24, 2021)

This film is made possible in part by the generous support of Jesse M. Abraham. 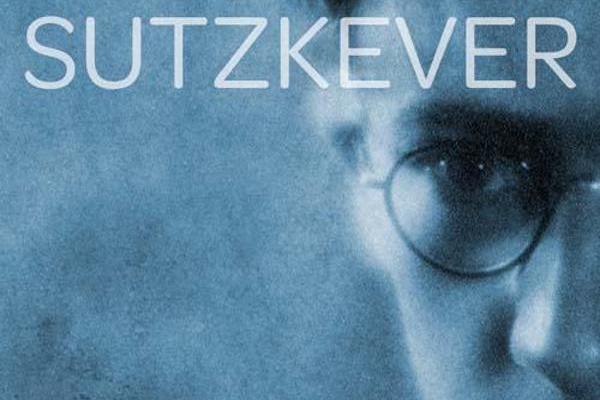 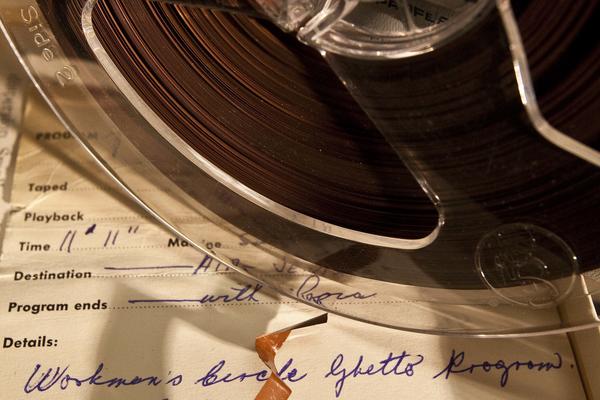 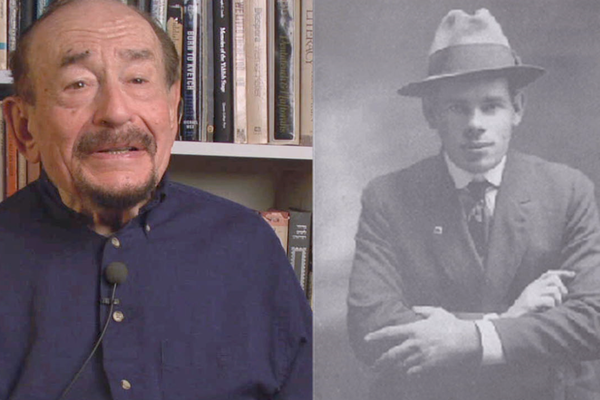