Yoysef Tunkel (1881–1949), known primarily by his pseudonym, “Der Tunkeler” (“The Shady One”), was a humorist, social critic, and founder of New York’s two major Yiddish humor magazines—Der kibetser (The Joker) and Der groyser kundes (The Big Stick). His writings, to date almost entirely untranslated into English, are a precious trove of clever, richly parodic insight into the absurdities, pretenses, and foibles that characterized the European Jewish encounter with modernity, especially among the literati. He published prolifically, including stories, parodies, plays, and monologues with titles such as “Khayim Getsl the Reformer and His Twenty-Five Reforms,” “The Graphomaniac,” and “The Big Yawn, or A Boring Day in New York.”

Der Tunkeler’s work is notable for its ability to resonate across time and place. Like much of his writing, this monologue immortalizes a specific moment in political and cultural history while simultaneously depicting an era-transcending curmudgeonly reaction to modern life with which we can easily identify today. This piece comes from his book of humorous monologues and rhymes, Ikh lakh fun aykh (I Laugh at You All).

I don’t really feel like dealing with literary criticism or with critics themselves. To hell with critics, anyway! I don’t want to read the reports from the League of Nations about the Polish-Lithuanian negotiations—so sue me! I’m too lazy to slice open the pages of the newly arrived Literary Pages, aside from the listings at the end, which I’ll skim through in case one of them mentions me. I don’t have any desire to pay my union dues or donate to the public health fund, and even less desire to be levied the community tax or to pay into a mutual aid society or any other kind of organization. I don’t like writing when I don’t get an advance. I don’t particularly like writing when I do get an advance, either—never mind when they pay me in full ahead of time. I don’t feel like paying my languishing debts, or the new ones either. And I have no patience for sticking a collar stud into a freshly starched collar, and I hate it when the holes in the saltcellar get stopped up. I hate spreading frozen butter on soft bread, and I hate it when the teapot lid falls off in the middle of pouring tea. And I swear to God I don’t want to buy a boutonniere. And I don’t want to eat vegetarian food, and I hate writing recommendation letters, and I don’t want to read about the crisis of Yiddish literature, and I don’t want to discuss whether Yiddish literature is going uphill or downhill, and I’m too lazy to fill out questionnaires. And I don’t want to give up my seat on the streetcar so that some old lady can have it, and I don’t want to walk an ugly girl home on Czerniakowska Street at midnight, and even if it’s 10 in the morning I still don’t want to, and I hate it when people ask me, “What are you writing lately?” and “Do you get paid by the line or by the article?” and “Is Der Tunkeler your real name, or only a pseudonym, and if it’s a pseudonym, then what’s your real name?”

I hate it when my barber rants at me about politics, the circus, fights, authors, sports, Trotsky, the Sejm, Yitzhak Gruenbaum, Gershon Sirota, or Mussolini—and I hate it when someone shoves a kid in my arms and the kid pulls off my glasses.

I hate it when I ask, “What time is it?” and someone answers, “The same time it was at this time yesterday.” And when I lose at cards, I hate it when someone says, “Oh, well, you must be lucky in love.”

I hate it when my fountain pen dries out and stops writing, and then I shake it and spray ink all over my white pants. I have no energy to read Romain Rolland or Reisfeder’s novels or Dr. Schiper’s History of Theater, or Rabindranath Tagore, or Noach Pryłucki’s Philology, or the reports from the YIVO Institute, or Rosenstreich’s economics articles.

I don’t want to learn languages by listening to the radio, and I don’t like hearing the “Agricultural Report” or reading the advertisements on the screen in the movie theater. I don’t like shaving with dull Gillette blades, and I have no patience for sharpening them, and I hate it when my barber rants at me about politics, the circus, fights, authors, sports, Trotsky, the Sejm, Yitzhak Gruenbaum, Gershon Sirota, or Mussolini—and I hate it when someone shoves a kid in my arms and the kid pulls off my glasses.

I hate visiting sick people who have the flu, tuberculosis, pneumonia, cancer, or anything else. I hate top hats, child prodigies, boors, and corns on my feet. I hate Kunerol margarine, rubber shirt collars, and Esperanto. I hate it when poets rhyme “heart” with “art,” “heaven” with “seven,” or “gleam” with “dream,” and I hate the words “twilight,” “gloaming,” “spectral,” “spontaneous,” “nightingale,” and “considering,” and I don’t want to take off my coat in the cloakroom of the sweetshop, especially when the attendant is elegant whereas my coat is threadbare and doesn’t even have a loop by which to hang it, and I don’t like leaving a tip, and I hate it when men kiss me, and I hate it when people who talk to me spray their spit in my face and I’m expected to be too polite to wipe it off. I don’t want to study Einstein’s new theory, and I don’t even want to study the old one, and I don’t like looking up words in the dictionary. When you find a word, they send you away with “see under,” so then I go “see under” and what do I find? “Go back and see under the first one.” What am I, some kind of ball to be tossed back and forth? And I hate it when a random smoker asks me if I have a light, and I hate it when a stranger sits down at my table in the café, and I hate it when people bore me, and I hate boring you, so good night!


Ri J. Turner is an MA student in Yiddish literature at the Hebrew University of Jerusalem. She is a three-time alumna of the Uriel Weinreich Summer Program at the YIVO Institute in New York and was a Yiddish Book Center translation fellow in 2014. Her translations and original writing have appeared, in English and in Yiddish, in such publications as the Forward, Afn Shvel (On the Threshold), and Outlook: Canada’s Progressive Jewish Magazine.

Previous article: "You Have Not Betrayed Me Since the Day We Met" and "You Olive Tree in the Night"
Next article: "Letters"
Share 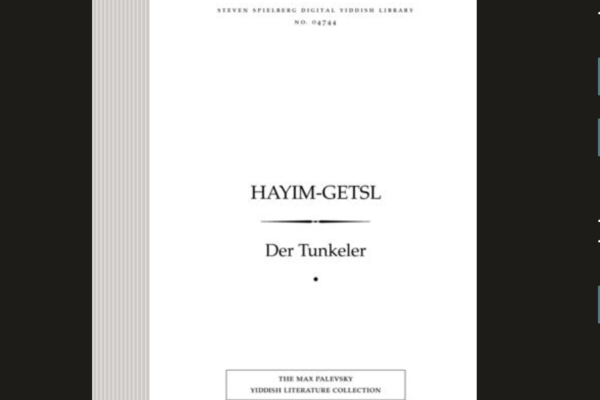 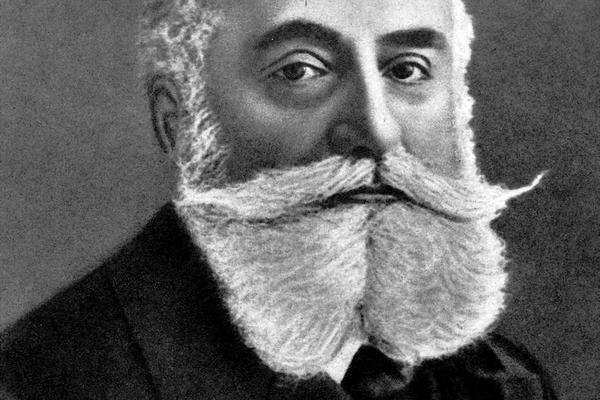 An early exemplar of the listicle: famous beards ranked by Abraham Goldberg. 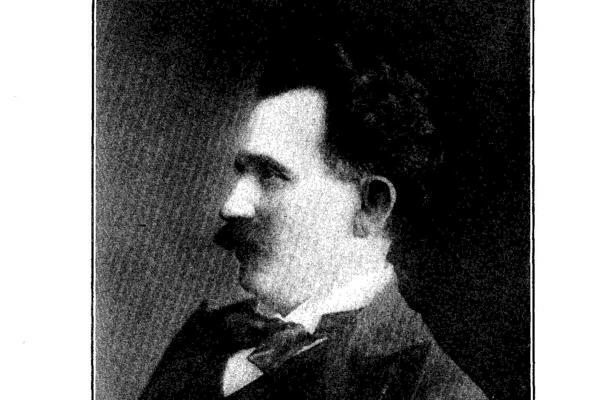 "The Institute for Facial Reform (A Fantastical Story)"

A short story by the Yiddish writer Getsl (George) Selikovitch about the search for beauty.