The Yiddish Book Center’s building is closed but our work continues - online and on social media.

Forget the jokes about late ‘70s South Beach being the Yiddish-speaking section of “God’s Waiting Room”; yes, upwards of 20,000 elderly Jews made up nearly half of its population in those days—all crammed into an area of barely two square miles like a modern-day shtetl, the small, tightly knit Eastern European villages that defined so much of pre-World War II Jewry. But these New York transplants and Holocaust survivors all still had plenty of living, laughing, and loving to do, as strikingly portrayed in A Shtetl in the Sun, which features previously unseen photographs documenting South Beach’s once-thriving and now-vanished Jewish world—a project that American photographer Andy Sweet (1953–82) began in 1977 after receiving his MFA from the University of Colorado at Boulder, and which remained a driving passion until his tragic death.

Sweet’s photos capture this community’s daily rhythms in all their beach-strolling, cafeteria-noshing, and klezmer-dancing glory. “They were strong, humorous, and beautiful images,” fellow photographer Mary Ellen Mark, who worked closely with Sweet, remarked after his passing. “He may have been younger, but I considered him every bit an equal.”

A Shtetl in the Sun is on view in the Yiddish Book Center's Brechner Gallery through April 18, 2020.

This traveling exhibit by The Jewish Museum of Florida—FIU celebrates the work of one of the most dynamic young photographers of the late 1970s, Andy Sweet. 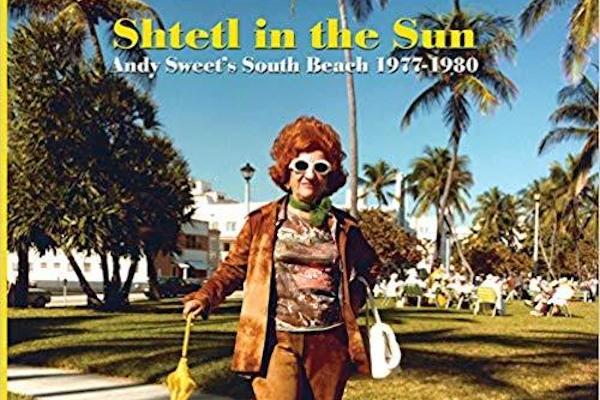