Voices from the Holocaust

In the Warsaw Ghetto, historian Emanuel Ringelblum organized journalists, writers, and scholars into Oyneg Shabes (“The Joy of the Sabbath”), a clandestine network that documented daily life under Nazi occupation. Two caches of their works, buried in tin boxes and milk cans, were excavated after the war; a third has yet to be found.

When the war came to Vilna, the lyric poet Avrom Sutzkever (pictured above with fellow Yiddish poet Shmerke Kaczerginski on a balcony in the Vilna Ghetto in July 1943) hid books from the Nazis, smuggled arms into the ghetto, and fought with the partisans. His mother and his infant son were killed; he was forced to hide in sewers and, once, in a coffin. Through it all, Sutzkever continued to write; years later he told a reporter, “If I didn’t write, I wouldn’t live.” He went on to edit the most famous Yiddish literary journal of the post-war world and died in Israel in 2010 at the age of 96.

After the war, a young Hungarian Jew named Elie Wiesel recalled his experiences as a boy in Auschwitz and Buchenwald in the memoir Un di velt hot geshvign (And the World Kept Silent), published in Yiddish in Buenos Aires in 1955. He later rewrote the novel in French as La Nuit (Night), intended for a wider audience. It appeared in English in 1960.

Eventually, survivors published thousands of memoirs in Yiddish and other languages, as they sought to bear witness and make sense of the unthinkable.

Voices from the Holocaust 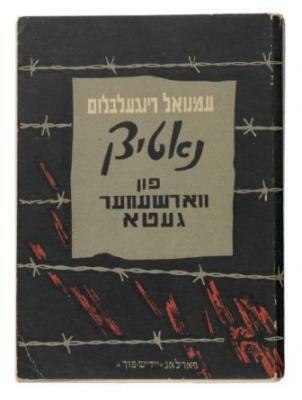 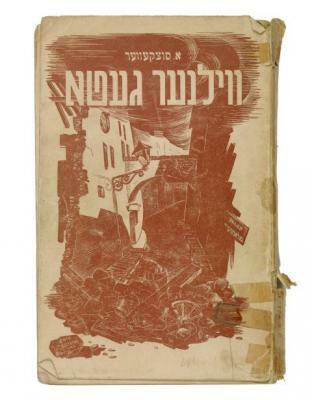 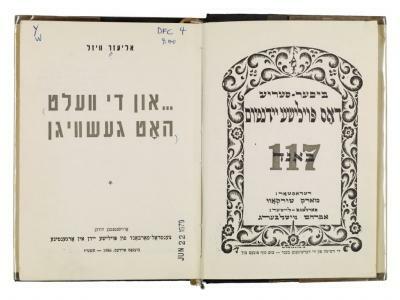 More on Holocaust writing from our collections

A translated excerpt from the Warsaw Ghetto memoirs of Rachel Auerbach, a member of Ringelblum’s Oyneg Shabes group, whose writing was included in the Ringelblum Archive.

In this excerpt from the Frances Brandt Online Yiddish Audio Library, from a 1955 interview in Central Park, Jacob Glatstein speaks about the role of a Yiddish poet after the Holocaust and shares his views on the changing role of poetry in modern Jewish history.

Elie Wiesel gives a lecture, in English, at the Jewish Public Library in Montreal in 1974. In it, he discusses the task of the writer and what can be learned from the Holocaust.

From the Wexler Oral History Project, an excerpt in which Mira (Mirele) Sutzkever, daughter of Avrom Sutzkever, recalls the story her father told her about how he wrote the poem "Unter dayne vayse shtern" ("Under Your White Stars") in the Vilna Ghetto.