Adrienne Cooper, z"l, world-renowned Yiddish singer and educator, was interviewed by Pauline Katz on December 28, 2010 at KlezKamp, in the Catskills of New York State. Adrienne was born in Oakland, California into a family that kept kosher and observed Shabbos. Her mother was a Yiddish and Hebrew singer in the community. Adrienne considered herself a socialist and Zionist and belonged to "Young Judea." She completed university courses in history in Israel, studied music, participated in musical theater and maintained her involvement in progressive politics. She then returned to the United States to pursue a doctoral degree in history, and began to study Yiddish at the same time. Although she did not complete her thesis on Hebrew and Yiddish writers in the US, Adrienne pursued her interest in Yiddish at YIVO. In her interview, she attempts to explain why study of the Yiddish language was so meaningful for her. Next, Adrienne was asked to become assistant director of the Max Weinreich Center and then director of the YIVO summer program and assistant director at YIVO. At the same time, she was studying music with extraordinary mentors and recording music for projects such as the "Partisans of Vilna" film. She loved the collaborative nature of this work, which was available largely due to government support of the arts at that time. The YIVO summer program, which required a complete commitment for six weeks, spun off a cultural program with less emphasis on language acquisition which evolved into KlezKamp. Adrienne describes her work at the Museum of Chinese in the Americas, and then as program director at the Workmen's Circle and director of the Center for Jewish life there. All of this has been inspired by the idea of enlivening a community by reintroducing it to its own history and culture. Throughout, she stayed involved in political work by serving on the Board of "Jews for Racial and Economic Justice" and participating in arts activism. Adrienne talks about raising her daughter Sarah in the Yiddish world and how Sarah has become a Yiddish performer and director of the Children's Program at KlezKamp. They have performed together and she much enjoys this "intergenerational conversation". Adrienne believes that Yiddish music and language provide an opportunity for people to understand themselves by connecting to a contemporary community that is exploring living Jewish culture. She ends the interview describing the remarkable experience of teaching a group of Jews in Russia who had mostly lost a connection to their culture. She finally talks about the discomfort felt by adults trying to learn and create in a new language – she hopes that this rich culture will live on through those brave and reckless enough to get involved.

Adrienne Cooper was born in Oakland, California in 1946. Adrienne died in 2011. 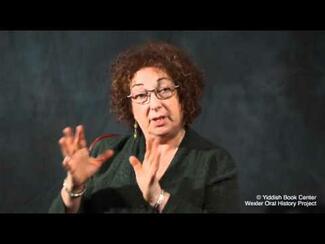 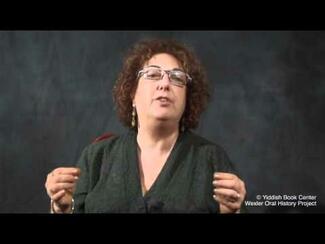 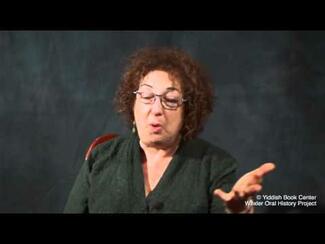 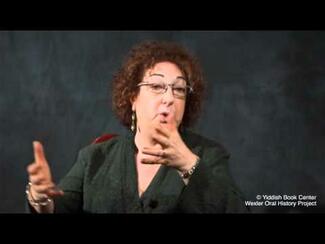 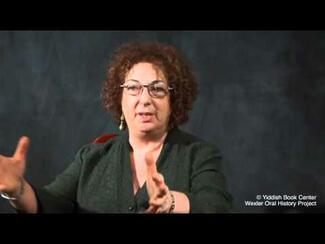 Her Daughter at Weinreich's Desk 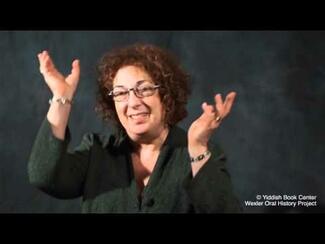 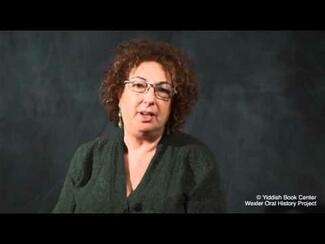 Growing up in the Oakland Jewish Community 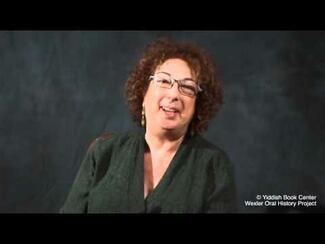 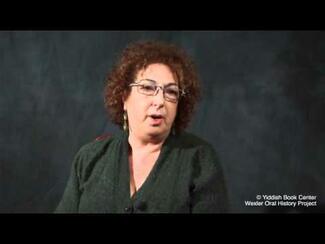 "I Sunk into the YIVO" 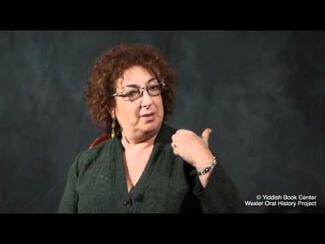 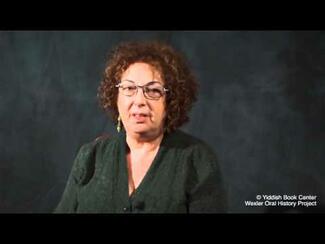 "It was really the source of my Jewish literacy." (Religious Education) 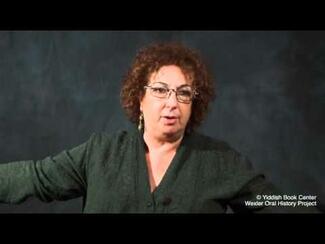 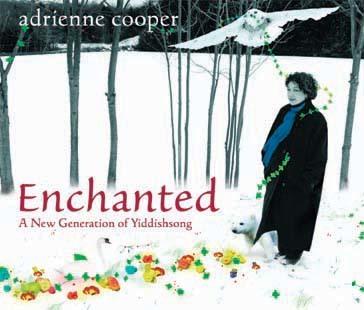 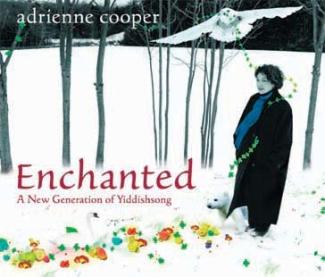 Explore all 1054 interviews
Since 2010, the Yiddish Book Center’s Wexler Oral History Project has recorded more than 500 in-depth video interviews that provide a deeper understanding of the Jewish experience and the legacy and changing nature of Yiddish language and culture.