Natalie Bornstein, Yiddish language student in the January term intensive at the Yiddish Book Center, was interviewed by Emma Morgenstern on January 13, 2011 at the Yiddish Book Center in Amherst, Massachusetts. Natalie, a freshman at Smith College, is a student in the Yiddish Book Center's January term classes in Yiddish language and culture. She grew up in Auburn, Maine, where her parents are both from as well. Her father is Jewish and her mother is Catholic/French-Canadian. Natalie considers herself Jewish even though some of her Jewish friends may not consider her to be so. Natalie attended a Jewish pre-school and then went to public school in Maine. She said that the synagogue in her town underwent some changes in the 1990s and as a result, is a more open community. Natalie became involved in the post-bar or bat mitzvah youth group at the local synagogue, even though she herself didn't have a bat mitzvah and didn't go to Hebrew school. Natalie liked the idea of going to an all-women's college and was excited that she was able to attend Smith. Her parents supported her with that decision. She is possibly planning to major in women's studies, although she is undecided. Much of her time in her first semester was spent within her residential house community, and she is interested in becoming involved in the Jewish community at Smith. According to Natalie, the Jewish community at Smith is more visible than that of her hometown. Natalie was attracted to Yiddish for personal reasons; she saw it as a way to enter a Jewish world without having religion be part of the picture. She talked a lot about how complicated Yiddish culture and history is: how our perceptions influence the discipline, what "queering" the language means, etc. She also talked about the difficulty of learning the language, especially the alphabet. She felt somewhat lost in the first couple days because it seemed that most of the other students at least knew the Hebrew alphabet. Now she has mastered it! Natalie also talked about the importance of Yiddish in her family: her grandparents spoke it and her dad picked up only a handful of words. Her great-aunt was involved with Yiddish and its connections with the labor movements. Natalie also has a connection to the French language from her mother's side of the family, and she said French has been easier to learn than Yiddish. Natalie advised other students of Yiddish not to be discouraged by the difficulty of learning the language. She said her favorite Yiddish word is "kuzi" meaning snot, which is a word her dad says but she isn't sure if it is actual Yiddish. 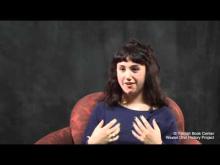 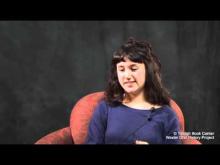 Who uses Yiddish? Authenticity and community 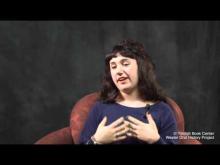 Having a Non-Jewish Mom 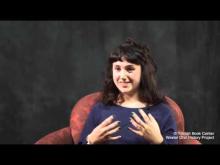 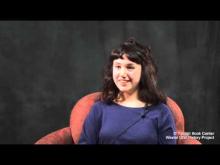